Fathers have inspired some of the most prolific songwriting over the decades, from the distant brood of The Temptations’ 1972 hit “Papa Was a Rollin’ Stone” to Cole Swindell’s longing for his late dad with “You Should Be Here.”

The bond of fatherhood has always made its way into song, whether loving or estranged.

In honor of Father’s Day, here are 10 songs exploring the many different relationships between fathers and their children.

Off Parton’s fifth album The Fairest of Them All in 1970, “Dady Come and Get Me” is the story of a daughter who needs her father while she’s struggling with mental illness. The only single off the album, the song peaked at No. 40 on the Billboard Hot Country Songs chart.

Queen guitarist Brian May wrote “Father to Son” for the band’s second album Queen II. The song is written from the perspective of a father talking to and giving advice to his son and was partly inspired by The Who and Led Zeppelin, according to May. “They were our favorite groups among a few others, but what we were trying to do differently from either of those groups really was this sort of layered sound,” said May. “See, The Who had a sort of ‘clang’ guitar sound… the open chord guitar sound. There is a bit of that in ‘Father To Son,’ but our sound is sort of more based around the overdriven guitar sound, which is what is used on the main bulk of the song.

A word in your ear, from father to son
Hear the word that I say
I fought with you, fought on your side
Long before you were born

Autobiographical in many of her songs, Loretta Lynn sang about being a “Coal Miner’s Daughter” on her 1971 album of the same name. She revisits her father again on the title track of her 24th album They Don’t Make ‘Em Like My Daddy, singing From the Johnson County Coal Camps to the hills of West Virginia / My daddy worked down in them dark coal mines / Education didn’t count so much as what you had born in you / Like the will to live and a dream of better times. Written by Jerry Ronald Chestnut for Lynn, the song honors her father Melvin Webb, who died from black lung disease at the age of 52.

Walking on her grandmother’s farm with her dad Edison, the father-daughter conversation inspired Tori Amos to write “Winter,” off her 1992 debut Little Earthquakes. “Now my Dad, he’s like James Dean or Billy Graham—though there’s no real difference there,” said Amos on a 1998 episode of VHI Storytellers. “I was telling him how bad I felt cause of the first album being so bad and Dad said to me —he’d never said it before—’Tori Ellen, When are you going to accept you are good enough for you?'”

Though the song has taken on a different meaning for Amos throughout the years—even connecting to the death of her friend and makeup artist Kevyn Aucoin in 2002 to her own parenting, it always goes back to her own minister father. “The song allows me the space to have my perception of it as I go through my changes,” said Amos in her 2005 autobiography Piece by Piece, “and yet I still hold the integrity of a girl and her father when that song enters my body in live performance.

“In it, I tried to describe the parallel between looking in the eyes of my son, and the eyes of the father that I never met, through the chain of our blood,” said Eric Clapton of his 1995 song. Off his 13th album Pilgrim, Clapton wrote the song about his father whom he never knew, Edward Fryer, who died of leukemia in 1985. The song also references Clapton’s son Conor, who died at the age of 4 in 1991.

Written by Diane Warren and performed by Fatih Hill as the theme song to the 2001 film Pearl Harbor, “There You’ll Be” is an ode to father, and those, who are no longer with us.

Luther Vandross’ homage to his late father “Dance with My Father” is an instant tearjerker. Written with Richard Marx, the title track of the R&B singer’s 2003 album is dedicated to his father, who would dance with him and his mother. The song earned Vandross a Grammy for Song of the Year and Best Male R&B Vocal Performance in 2004, just a year before the artist’s own untimely death at the age of 54.

Co-written with Ashley Gorley and released as the lead single off Cole Swindell’s second studio album of the same name, “You Should Be Here” is a tribute to the artist’s father, who died unexpectedly at the age of 65 in 2013, while Swindell was on tour and shortly after he told his dad that he had been signed to Warner Music.

“The songs you record, I think you have to believe them as well, and that was one that was very, very believable for me,” said Swindell in 2016. “When I was writing it with Ashley Gorley, I had chills the whole time. I didn’t know what a game-changer it was going to be, but I remember when I wrote it that it was one of those things that I hadn’t written about; I lost my dad, but I hadn’t really sat down and wrote a song about it. The first album, I lost him by then, but I wasn’t ready to sing about it.”

I can still remember every lesson he taught me / Growing up learning how to be / Like my old man, sings Zac Brown on his 2017 single, off Zac Brown Band’s fifth album Welcome Home. The song, written by Brown, Niko Moon, and Ben Simonetti, hit No. 10 on the Hot Country Songs chart and is an ode to everything a boy can learn from his father.

Written by Camila Cabello, Amy Wadge, and Jordan Reynolds, Cabello performed “First Man” at the 2020 Grammy Awards and sang it to her tearful father Alejandro who was sitting in the front row. Produced by Reynolds and Finneas, the piano-led song was released on Cabello’s second album Romance. 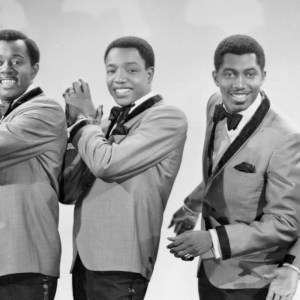 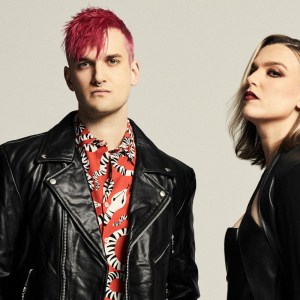