For all of us with dads who had lots going on and who may or may not have been around as much as we needed, there’s a single song that’s perfect for Father’s Day.

While the track was made famous by The Temptations, “Papa Was a Rollin’ Stone” was originally written for the Motown band The Undisputed Truth.

Let’s dive into the history and the meaning of the song here.

Written by Norman Whitfield and Barrett Strong in 1971 for the Motown band The Undisputed Truth, the track was released in 1972. But it was made into a legendary song—and an official No. 1 hit—by The Temptations later that year.

Whitfield produced the original version by The Undisputed Truth (and its 1973 album, Law of the Land), which was released the spring in May of 1972. But it only peaked at No. 63 on the Pop Charts.

The gravely, talk-singing version reminds us of an old blues house, with smoke coming up from the surrounding water. It bares a resemblance to the more famous version—hard to compete with The Temptations.

The Undisputed Truth was active from 1970-1981. The Motown recording group was assembled by Whitfield to record psychedelic soul music rising in popularity at the time. The band’s lead singer was Joe “Pep” Harris, with Billie Rae Calvin and Brenda Joyce Evans appearing on additional leads and background vocals.

The group also sang backing on the hits like “Ain’t No Mountain High Enough” from Diana Ross.

Later in 1972, after the song didn’t do as well as he hoped, Whitfield recorded a different 12-minute version of the song with The Temptations, which was included in the group’s 1972 LP, All Directions.

The song was the group’s final No. 1 hit, winning them their second, and final, Grammy. The band’s Otis Williams has said it was their last real classic track, too.

The Temptations version is a trip down some psychedelic lane that few musicians have the skill and talent to walk down. It could be played on repeat in the Vietnam jungles as soldiers tripped out Apocalypse Now-style in the war-torn haze.

While shorter versions exist for radio play (that featured prominent bongos), the original song itself clocks in at about 12-minutes. It’s as much an acid trip as it is a piece of sonic entertainment.

The vocals are mostly a group effort. The Temptations’ Dennis Edwards, Melvin Franklin, Richard Street (who often filled in for Paul Williams and was his eventual replacement), and Damon Harris (who had replaced Eddie Kendricks as the band’s falsetto vocalist) alternate lines like siblings asking their mother about their now-dead father.

All the mother can say was Papa was a rollin’ stone / wherever he laid his hat was his home / and when he died, all he left us was alone.

Of the song’s meaning, Strong told the Wall Street Journal, “‘Rolling stone’ was a phrase used all the time in my neighborhood going back to the ’50s. It meant a guy who couldn’t settle down, even if he had a wife and kids. It was from the old proverb, ‘A rolling stone gathers no moss.’”

There were issues during the recording process of the song for several reasons.

The Temptations were upset that Whitfield’s vast and elaborate instrumentation was getting more attention than their signature voices. Whitfield also had to push Edwards to re-record his parts, reportedly dozens of times until he got the proper angry tone from Edwards.

Whitfield was later dismissed as The Temptations’ producer.

There is an apocryphal story that Edwards didn’t like the song’s first verse—It was the third of September/That day I’ll always remember/’cause that was the day/that my daddy died—because it was thought his own father was said to have died on that exact date. A closer look, though, shows that Edwards’ father died on October 3rd.

The term has a long legacy when it comes to rock music. It comes from the age-old saying, “A rolling stone gathers no moss.” The great blues player Muddy Waters used the name for a song, the U.K. rock band, The Rolling Stones, used it as their actual moniker and Like a Rolling Stone was the title of Bob Dylan’s first rock and roll record . And, of course, “Papa Was A Rollin’ Stone” takes the term to yet another new level. 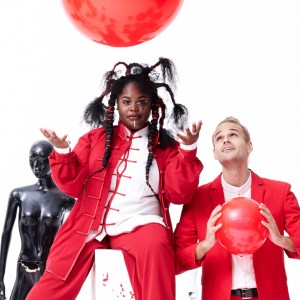 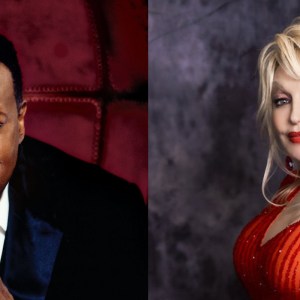