Inspired by the doo-wop classics of his youth, Neville has embarked on a campaign to reinstate early R&B and soul hits from the ‘50s and ‘60s as recorded classics worthy of inclusion in the Great American Songbook.

My True Story, released in January and co-produced by Keith Richards, makes its case delightfully, based on straightforward, no-frills production and Neville’s sweet, high-pitched vocals, free of almost all falsetto embellishment.

A follow-up DVD, released in May, offers a live concert recorded in at the Brooklyn Bowl without Richards but with Paul Simon and Joan Osborne as guests (on “We Belong Together” and “Money, Honey,” respectively). The concert also was broadcast on PBS in March, with repeat showings scheduled throughout June.

A virtuoso whose enormous potential was evident even in his early teens, Nicholas Payton has carved out a prolific career as a jazz trumpeter that has taken him through early New Orleans jazz (including a Grammy-winning collaboration with fellow trumpeter Doc Cheatham, then in his 90s), into the heart of the mainstream Young Jazz Lions movement of the 1990s, and beyond, into jazz-based electronica (Sonic Trance, 2003, and Into the Blue, 2008).
Now he’s renounced “jazz” as a label (in controversial blogposts), and describes his new, more-eclectic approach called simply Black American Music (hence the hashtag).

He appeared at Jazz Fest 2013 both with his touring band and in a one-off called cleverly enough Fleur Debris with former Meters bassist George Porter, former Meters drummer Zigaboo Modeliste, and maestro David Torkanowsky on piano. Meanwhile Payton held forth both on crystalline trumpet and swanky electronic keyboards, occasionally playing both at once and looking like he was having a great time, adding soul and funk and smooth jazz grooves, creating an irresistible, complex pop/jazz hybrid.

Baton Rouge bluesman Chris Thomas King (son of pioneering Baton Rouge bluesman Tabby Thomas) didn’t appear at Jazz Fest this year, but he, like Nicholas Payton, has developed a new perspective on what we call blues and how we define blues as a category of music. Embracing hip-hop blues as a young artist before re-encountering classic blues through his involvement in both the movie and the soundtrack to O Brother Where Art Thou?, King’s latest recording demonstrates his fiercely eloquent approach to a blues canon that embraces both folk music and Jimi Hendrix’ “The Wind Cries Mary.”

Expect a memoir/discourse coming soon from Louisiana State University Press (LSU Press) in which King calls for a redefinition of the blues that begins in turn-of-the-20th-century New Orleans barrooms and continues through Depression-era “race record” music that’s been overlooked by blues historians to a broader, contemporary vision in which gentle country blues, over-the-top rap, and hip hop sensibilities, along with R&B, soul, and rock & roll, all get invited to the same family reunion.

By now, Kermit Ruffins’ affable personality and updated, ebullient approach to a wide spectrum of jazz, especially old-time swing and New Orleans classics, has earned him well-earned national recognition as the face of homegrown New Orleans music. What’s sometimes lost in that larger-than-life personification is the fact that Ruffins is a serious student of old-time jazz who also has the chops to give a lot of modern trumpeters a down-to-the-wire run for their money. While Ruffins may claim to be “partyin’” on his latest release, it’s the “traditional style” that’s key here, a kind of 1940s elegance that Ruffins manages to pull off flawlessly with a great assist from producer Tracey Freeman, a long-time Harry Connick associate and more recently an unofficial “adjunct” producer for New Orleans-based Basin St. Records (who helped Basin St. and the Rebirth Brass Band earn a well-deserved 2012 Grammy).

And in a real coup for the creative local label, owner/founder Marl Samuels managed to coax New Orleans keyboard virtuoso Davell Crawford back into the studio after a decade-plus layoff to record an album conceived, produced, and performed by Crawford with such total mastery that it may prove a stunner for the unprepared listener. Davell Crawford, My Gift to You (Basin Street Records) creates a majestic soundscape in which Crawford, mixing James Taylor and Billy Joel covers with his own superb compositions, gives full expression to the post-Katrina loneliness and alienation experienced by many New Orleanians, with Crawford’s background in church and gospel music offering a profound dose of unspoken consolation.

Those who may not have been paying especially close attention may find it surprising to learn that the stodgy old Preservation Hall Jazz Band has slowly been morphing over the past decade-plus into an all-purpose, New Orleans-immersed, roots and rock band, with a recent series of 50th-anniversary celebrations sealing the deal. St. Peter & 57th St. captures highlight performances from the band’s 50th-anniversary Carnegie Hall concert featuring a most-remarkable series guests from concert promoter George Wein and New Orleans’ own producer/performer Allen Toussaint to Steve Earle, Tao Seeger, The Del McCoury Band, and My Morning Jacket. 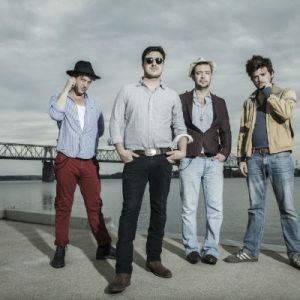 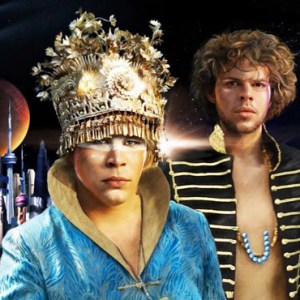