Andy Lykens is a music branding and marketing specialist for Imagem Music, the world’s largest independent music publisher. Follow him at andylykens.com/blog.

Yes, advertising pays and it pays well. The days of seeing licensing music for use in advertisements as selling out are near an end (for most bands and artists). As long as a song is aligned with a cool brand, the brand will shell out a stupid amount of money, or if a new artist is seeking exposure the placement of music in advertising seen as a smart business move.

When I speak at Universities or at panels inevitably artists will ask a question that’s burning in their minds:

“How do I get my music in a commercial?”

I’d be lying if I told you it’s easy and didn’t take a long time to get something placed. Even major publishers and labels have dedicated people (like me!) pitching music ALL the time. At the end of the day it’s a combination of a lot of different ideas, connections, and decision-makers and it can STILL get shot down by a final party at the end – more about all that in a later article. However at the most fundamental level there are some things you can consider about getting your music in an ad (please note these are also relevant to placing your music in film and TV).

Leave Copywriting to the Pros – At times people in other departments at Imagem will throw us ideas like “Hey, you should pitch this song for an electric company commercial because the lyrics are all about being in the dark!” or an artist manager might make some obvious connection of a song with one line about “rolling along” and think it’d be just PERFECT for a car commercial. While that may seem highly relevant consider this:

The agency probably already has an idea of the kind of song they want to use (if any) or any type of lyrical theme. These people are paid to be highly creative and the chances of them either changing their original concept or basing one on a blatantly obvious connection to a lyric is really small. Most of the time when choosing a song (unless they’re doing a brand partnership with a certain artist) they already know what they want.

Instead, focus on making your lyrics GREAT. Edit them over and over again until you’re not using too many or too few words, get your metaphors just right, and leave the creative interpretation to the pros. Often times staying on theme and on point with your lyrics can really make your music stand out.

Have Your Splits Ready – While not always necessary, it’s really important to have your backing tracks bounced out and ready to roll. Sometimes agency will want just the instrumental because there’s a lot of VO (Voice Over) on the spot, and sometimes they may want to have just the chorus come in at a certain timing.

The point is, if you don’t have them now it will probably take you too long to track them down once they’re requested. That means if a brief calls for a non-vocal cut, your music simply won’t be considered. And guess what? Non-vocal usage usually pays just as much as a spot with vocals.

Do Your Homework – And you thought your days of homework ended when you handed in your last Schenkerian analysis! Just because you’re not in school anymore doesn’t mean you can’t constantly be improving and learning. Since you’re so keen on getting your music in a commercial, why not learn about trends in advertising?

Ever notice how lots of commercials for the past few years have sounded a heck of a lot like the Juno Soundtrack? And before that all you heard were songs that sounded like “Clocks”? The Moldy Peaches and U2 seemed to have made a lasting impression on advertising. Currently, that genre has been expanded and if you’ve got something folky and slightly under-produced that has whistling, hand-claps, a ukelele, or some combination thereof you’re seemingly in good shape.

All half-kidding aside, people involved in branding are susceptible to trends just like everyone else. Head over to AdWeek.com and check out the AdFreak section. Watch a ton of ads and note what musical elements are common in them. Does your sound match anything you hear? What do certain brands choose as the soundtrack to how the want to be presented to millions of people?

Keep in mind I’m not suggesting you immediately run into the studio and record based on what you hear in the latest Old Spice commercial (a solo whistling album probably wouldn’t be on anyone’s top 10 anyway). In my opinion being yourself and finding your own voice will ALWAYS be the MOST important thing. But it does help to take a look at which music brands are choosing to use in their ads.

If you have any more tips or any questions feel free to address them in the comments! Like what you read here? Don’t like it? Let me know, I’m here to help! 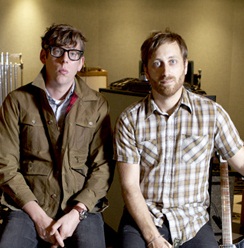 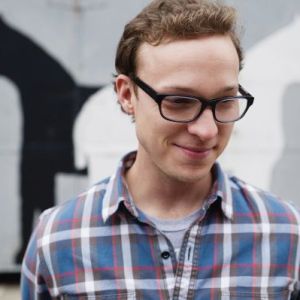 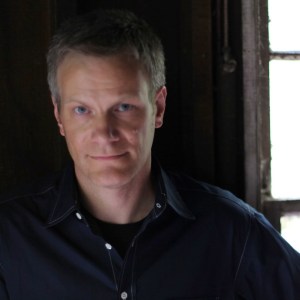