With songs like “I Love It” and “Boom Clap” Charli XCX found herself on top of the pop heap in the 2010s. Since, she has continued to be a familiar face on the charts while also foraying into more experimental projects. Across her impressive career, she has proved she can be both a pop star and an endlessly exciting indie act.

While building up her own catalog, Charli has written (and co-written) a number of equally radio-friendly songs for other artists. From Selena Gomez to Hilary Duff, here are four songs you didn’t know Charli XCX wrote.

Charli co-wrote “OMG” with Camila Cabello for her 2017 album of the same name. Cabello was heavily influenced by “Kendrick, 21 Savage” at the time, and was aiming for a sound that had the same “bravado and swagger” that Charli and the rest of the “girl squad” writers’ room helped her achieve.

Cabello said at the time, “I just wanted to create a song of my own, that wasn’t that deep, that was just fun and confident, and also like role reversal. When we were writing it, we wrote it as this girl squad anthem about just pulling up to the boys and just having that swagger.”

Baby, what’cha say?
I ain’t here to, I ain’t here to conversate
Baby, I don’t play
From Miami, causin’ trouble in LA
Rowdy, Tennessee
If I don’t send for you, best not come for me
Jordan, 23
Guarantee you’re gonna wanna leave with me
I got that la-la-la like

In addition to co-writing “Same Old Love,” Charli also provided backup vocals in the chorus. Charli told Grazia Australia, “She [Selena Gomez] had such a high-profile relationship [with Justin Bieber], which was all over the press. It felt very real coming from her, and I think a lot of the audience could really connect because of what had been going on. It was cool that she really brought that song to life.”

According to a 2016 Tumblr post from Charli, the song originally was going to go to Rihanna but it ended up “not being right for her anymore” as the writers started to flush it out.

Take away your things and go
You can’t take back what you said, I know
I’ve heard it all before, at least a million times
I’m not one to forget, you know

“Señorita” landed Camila Cabello and Shawn Mendes on the top of the charts in a record-breaking 40 countries. Though it was their second collaboration, it far exceeded their 2015 duet “I Know What You Did Last Summer.” Charli said of writing the song, “I had been working with Ali [Tamposi] and Andrew [Watt] at his studio a few days a week for around a month. In that time, we wrote a song for my album, White Mercedes. A few weeks later, we were riffing off a beat Andrew played when [Ali had] the initial idea for “Señorita.”

Charli XCX made major waves in 2014 with her contribution to The Fault In Our Stars soundtrack, “Boom Clap,” but it originally was set to go to Hilary Duff.

Charli said at the time, “When I heard about this, I was like, ‘F—k! Are you serious?! This is my ‘in’! I’m going to make a Hilary Duff album!'” Much to Charli’s dismay, Duff’s team quickly changed their tune, telling her, “So we sent over ‘Boom Clap,’ but [they] came back and were like, ‘This isn’t cool enough for Hilary.'”

Charli continued, “I was like, crushed. I thought I was a cool writer, but maybe I’m not. Hilary didn’t want my song. What a life-ruiner.” Regardless of Duff’s objections, the song went on to be one of Charli’s biggest hits.

You’re picture-perfect blue
Sunbathing under the moon
Stars shining as your bones illuminate
First kiss just like a drug
Under your influence
You take me over, you’re the magic in my veins
This must be love 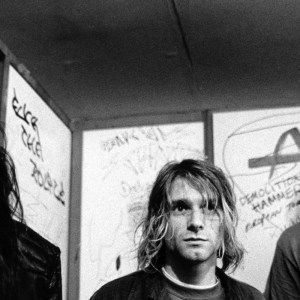