Written by Kate Bush one summer night in 1983, “Running Up That Hill,” off her fifth album Hounds of Love, hit the U.S. airwaves and peaked at No. 13 on the Billboard Dance Clubs Songs chart in 1985, but has had a longer legacy on television and film and in continued covers by artists like Tori Amos, John Forté, Tiffany, Placebo, Car Seat Headrest and even Meg Myer’s 2019 rendition, which reached No. 1.

“This song is very much about two people who are in love, and how the power of love is almost too big for them,” said Bush of the song in a 1985 interview. “It leaves them very insecure and in fear of losing each other. It’s also perhaps talking about some fundamental differences between men and women.”

For nearly 40 years since its release, the pop ballad has been featured in the television series The O.C., The Vampire Diaries, CSI: Crime Scene Investigation, NCIS: Los Angeles, and Bones, along with the 2009 film Daybreakers, The Chocolate War in 1988, and as the theme song to the BBC drama Running Scared. Most recently, “Running Up That Hill” received renewed attention when featured in a season 4 episode of the Netflix hit series Stranger Things.

The latter appearance resulted in the track topping the charts for the first time in 37 years at No. 1 on the iTunes chart, which accounts for streaming and downloads via the Apple (iTunes) platform. “The impact of the inclusion of ‘Running Up That Hill’ on the soundtrack of ‘Stranger Things’ season four on Netflix has been momentous,” read a statement on Bush’s official Facebook page.

When Bush originally wrote the song, breaking down a relationship between a man and a woman, the working title was “A Deal With God,” a phrase she had incorporated into the lyrics.

“I was trying to say that, really, a man and a woman can’t understand each other because we are a man and a woman, and if we could actually swap each other’s roles, if we could actually be in each other’s place for a while, I think we’d both be very surprised,” said Bush about the meaning of the song. “And I think it would lead to a greater understanding. And really the only way I could think it could be done was either… a deal with the devil, and I thought, ‘well, no, why not a deal with God’ because in a way it’s so much more powerful the whole idea of asking God to make a deal with you.” (Read our Behind the Song on “Running Up That Hill” HERE.)

In 2012 Bush released a remixed version of “Running Up That Hill” and added a new vocal to the track for her album A Symphony of British Music: Music for the Closing Ceremony of London 2012,

Though Bush’s version is irreplicable, here are five unique versions of her still ascending hit recorded over the past 20 years.

Released on Faith and the Muse’s two-disc collection of demos, live and rare tracks, Vera Causa, in 2001, Monica Richards and William Faith offer a lusher, more goth version of the track in the middle of the thrum of percussion and guitars.

“Running Up That Hill” simmers and boils around the lyrics in Placebo’s stirring rendition with Brian Molko quavering through each verse as if it were his last. The band’s version appeared on their 2003 Covers album, which also featured covers of songs by Big Star, T. Rex, Depeche Mode, The Smiths, and Sinéad O’Connor.

Off the Chromatics’ third album Night Drive, this slow-burning electro-synth version evokes something more menacing from the Bush classic. In 2021, the Portland, Oregon band, consisting of Ruth Radelet, Adam Miller, and Nat Walker, announced that they were breaking up and released their seventh and final album Closer to Grey in 2019.

Meg Myers may have captured the original essence of Bush’s version the most in her 2019 cover, and earned the artist her first No. 1 on Billboard Rock Airplay chart. The video, directed by Jo Roy, features hand-colored drawings by 2,130 children throughout the U.S., many part of the ‘Heart of Los Angeles’ (HOLA) school, a non-profit that offers underserved kids programs in athletics, arts, academic, and wellness programs. “This video is about transformation,” said Myers. “Jo Roy, the director, and I were inspired to express in this video that we can change our story we’ve been living when we follow our hearts and our intuition, our guts. This video shows the evolution of me as a caterpillar turning into a month/butterfly.”

In 2021, Care Seat Headrest released two EPs MADLO: Influences and MADLO: Remixes, containing covers and remixes of tracks from their 2019 Making a Door Less Open (MADLO), respectively. The covers were songs singer Will Toledo was drawn too while writing the album, including the band’s lower fi, measured take on “Running Up That Hill.” 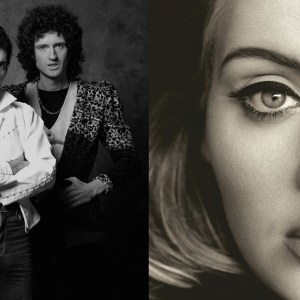 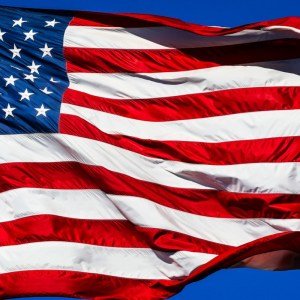