Most widely recognized for her 1981 pop ballad “Bette Davis Eyes,” Kim Carnes was always more than meets the eye.

Born July 20, 1945, Carnes began her career as a songwriter in the 1960s, penning her first big hit “Don’t Fall in Love with a Dreamer” for Kenny Rogers in 1980. Carnes, along with her husband David M. Ellingson, wrote the entirety of Rogers’ platinum-selling ninth studio album Gideon—which reached No. 1 on the country charts—went on to write for other artists, specifically within country and pop.

Throughout her career, Carnes has released multiple top ten hits, along with 13 albums, including her most recent Chasin’ Wild Trains in 2004.

Here are five songs you didn’t know Kim Carnes wrote for other artists within the two genres.

By the early 1970s, Carnes and Ellingson co-wrote several songs with David Cassidy. Carnes also toured with Cassidy throughout this period along with her husband. Cassidy’s albums Rock Me Baby, Cassidy Live! and Dreams are Nuthin’ More than Wishes include songs written by Carnes, who also provided backing vocals, and co-written with Ellingson and Cassidy, including “Song for a Rainy Day,” off Cassidy’s second album Rock Me Baby in 1974.

Written by Carnes, “Stay Away” was first released by Barbra Streisand for her 1978 album Songbird. The song was later covered by Engelbert Humperdinck and also recorded by Carnes, who released it on her fourth album St. Vincent’s Court a year later.

“Don’t Fall in Love With a Dreamer,” Kenny Rogers (1980)
Written by Kim Carnes and Dave Ellington

Commissioned by Kenny Rogers to co-write the songs on his concept album Gideon, their duet “Don’t Fall in Love with a Dreamer” ended up peaking at No. 4 on the Billboard Hot 100 and No. 3 on the Billboard Hot Country Singles chart, and earned the pair a Grammy nomination.

Off Reba McEntire’s 19th album It’s Your Call, originally released in 1992, “The Heart Won’t Lie” was recorded as a duet between McEntire and Vince Gill and topped the Billboard Hot Country Songs chart.

Off Australia pop and R&B artist Alyssa Reid’s 2011 debut album The Game, Carnes co-wrote one song for the young artist: “Live to Tell.” Though the song was never released as a single, Reid did gain attention around the album and three hits, including “Alone Again,” and even had Snoop Dogg join her on a remix of the title track, released in 2012. 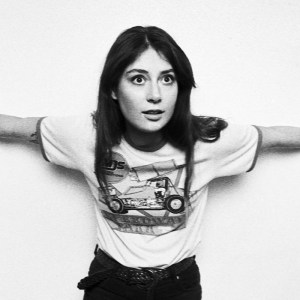