Home in Melbourne, Grace Cummings is looking out her window at the magpie eating all the fruit off her fig trees. By night, the bats will come and finish off the rest. Captivated by scenes of nature, along with her own humanistic perceptions and recollections, Cummings wrote her second album Storm Queen.

Partially informed by living through a lengthy lockdown in Australia and Cummings’ own natural transcendence from 2019 indie-folk debut Refuge Cove, also released by King Gizzard’s Flightless Records, Storm Queen flips through the potency of life and the ever-present divinity of nature and something beyond.

I just discovered heaven / Where man is nothing / And the air is something growls Cummings on  cathartic opening hymnal “Heaven,” repeating Amen and Ave Maria to her affirmations and revelation There is no God / There is no Queen through the meditative renewal of “Always New Days Always.” Cummings’ baroque vocals melt around the starker, piano-led “Dreams,” singing Do you miss your mother while you’re dreaming… is there shelter, when you’re there all alone, while “Up In Flames” offers a more empowering expansive statement: take your precious mind and let it out.

Shifting between delicacy and melodrama, all the elements of nature, and Cummings’ persona surface around the gentler piano and acoustic-picked “Two Little Birds,” the expansive “Storm Queen,” and the dramatic release of “Fly A Kite”… Go fly a kite/Tie your troubles to the tail.

Writing the songs, with the exception of one Refuge Code-era track “Up In Flames,” Cummings recorded most of the songs on Storm Queen in three takes or less, imparting an intimacy with each of her 11 stories.

Now embarked on an international tour, the Australian artist spoke to American Songwriter about the making of Storm Queen, the correlation between God and nature, and why songwriting leaves her manic.

American Songwriter: Describe the formation of storm Queen since the time of Refuge Cove? Were these older songs or a flurry of new ones?

Grace Cummings: The oldest song on the record is “Up In Flames,” which I actually wrote on the last day of recording Refuge Code and didn’t put in. All the other songs, I wrote in the one or two months leading up to recording Storm Queen—some of them in the weeks before. I think with coronavirus and lockdown, as soon as I knew that I was going into the studio. I felt like I wanted to do something, so a lot of them came about right before recording.

AS: It sounds like some of the songs of Storm Queen were colored by COVID in a way, and just living through that.

GC: I don’t want to give COVID any attention. It’s not like a COVID lockdown album, but it is unavoidably colored with the moods of going through that because that’s what was happening. There’s a lot of being on your own and a lot of things that happen in your own life in relationships that falls away or becomes difficult when you’re in a really big situation like that—one you can’t get away from.

AS: Is there some common thread between the 11 songs from “Heaven” to “Fly A Kite”?

GC: When I write something I don’t really think about something like that. But when I was sitting back listening to the record a million times, as you do when you’re mixing and mastering and all of that, I noticed things pop up in all of the songs, and I was kind of surprised with my own through line, if you will. A lot of it is about nature and about its beauty and about its terrifying highs and lows. There’s a lot of talk of God in it as well. I think it’s maybe a way of me talking about something that’s bigger than me that I don’t understand, and the label that you call it is God. It’s not necessarily something that I’m believing, but I think that is also something that is with nature as well. I talk about the things in nature that have some kind of divinity, and it comes up for me quite a lot.

AS: How do songs come to you these days, and has this evolved for you over the past few years?

GC: I think they’ve always kind of come to me in the same way. It sounds cliché, but they just do kind of come to you. I don’t think I can sit there and try and knock something out and write a song. It’s either there or it’s not. For me, it usually just comes all at once or it’s not going to happen and I’ll go into something else. It’s kind of like a little manic episode when I’m writing in general.

AS: Do you feel the music first, the lyrics, or is it a little bit of both?

GC: Both. I think they both inform each other, so if I’m writing something, without me, explaining what’s going on in the song with language. I think I would like it to remind someone of the feelings that the language has just with the sound of the music. They come at the same time because I try and make the music sound like the words I’m writing.

AS: How was it producing this all the way down to the sequencing?

GC: I’m very much one of those people that put these songs together in a very particular way. A lot of care went into the sequencing of the album. I don’t know if this is true about my own album, but it’s true about others where the first song needs to make you want to listen to the rest of the album. The last one needs to make you want to put the album on again. In the middle, it has to be waves, so you don’t get so electrocuted with one kind of thing and you can stay there and be ready for the next song, and not be so weighed down by everything in one place. In saying that, I’m not an idiot. I’m aware of the world that we live in, and it’s okay too, to take out songs and listen to what you want. I make things for both kinds of people.

AS: Now that Storm Queen is out, what kind of songs do you feel like you’re gravitating towards now?

GC: I’m kind of in a bit of a magical kind of phase. Everything I’m writing sounds a bit magical, not because they’re magic. It’s like a theme to a movie or something. I’m writing different things. I’m in a different place. I feel like I’ve made extreme shifts in myself in the last couple of years, so naturally, the songs are gonna be different because I’m different.

AS: How does it feel to be back on tour (currently with Viagara Boys and Ezra Furman in the U.S. and King Gizzard and the Lizard Wizard in Europe)?

GC: I’m ready to get on to the next one. I couldn’t wait to do things again. Where I live in Melbourne, we’ve had the longest lockdown in the world. I just want to keep doing what I want to do, and I think I want to go bigger, expand out and be with more people and play with more people and just kind of go crazy.

AS: It sounds like we’ll see more collaborations with Grace Cummings in the future.

GC: I’d love to. I think it’s time for me to move away from doing things myself and working with other people. You never know. I could just be sitting where I’m sitting now watching the magpie ear the figs off my tree. He’s so big and he sings a lovely song in the morning, but he’s eating my figs. I’ve got three out this window and it’s fig season. Then, in the nighttime, I can hear the bats eat them.

AS: It’s all the circle of nature and what a perfect transition back to Storm Queen. How do you hope this album reaches listeners?

GC: When I listen to music, I can get really touched by it. It’s kind of as though it was written just for me. What I think about the songs and what they’re about is irrelevant. I would hope just for one person in the whole world to maybe think it was written just for them and to connect to it in some kind of way and to have something to make a connection with in that way. That’s more than I could ever hope for. 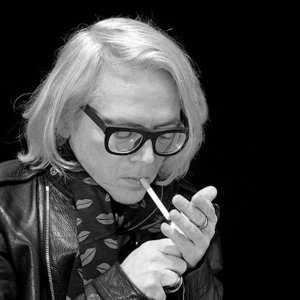 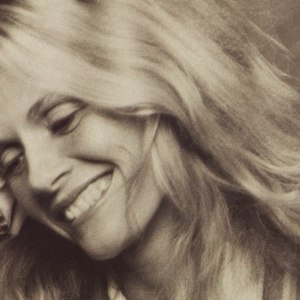