Paul Weller is that rare artist from the ‘70s who still has the ability to top the charts, at least in his native England, where he recently landed his fifth solo number one on the UK album chart, On Sunset. As a solo artist, leader of the Style Council, and of the post-punk band that started it all, The Jam, Weller has now enjoyed chart-topping albums across five consecutive decades.

Weller came to fame fronting The Jam, whose 1982 song “A Town Called Malice” became the band’s best-known song in the US in the early MTV days. This song about Weller’s discontent with his hometown and maybe the entire UK, “A Town Called Malice” is still relevant today both musically and lyrically. The song has been featured prominently in movies and television series, including Billy Elliot and The Walking Dead.

With the passing of David Bowie, Weller is one of the few remaining British artists versatile enough to make music that can not only be musical and danceable, but serious as well. In 2012, Weller told Dave Simpson of The Guardian how he wrote “A Town Called Malice.”

“I was taking note of what was going on in our country. When you’re touring, you’re often in your own bubble, but we were going around the country seeing firsthand what was happening. It was the start of the hardline [prime minister] Margaret Thatcher years … I was a young man taking it all in and thinking about it.”

“We’d already moved on from punk very quickly, and by [fifth album] Sound Affects there were a lot of disparate influences. We’d been a three-piece for years, and there are only so many variations on the guitar/drums format. So, rightly or wrongly, I was getting into brass sections and female vocals and keyboards and trying to expand our sound.”

“I’d never read the Nevil Shute novel, A Town Like Alice, but I must have seen the title. The music came from us jamming, which we were always doing … Then I added the middle eight and sorted the song out, adding the organ. It was all done pretty quickly. I remember feeling good about it, and when we played it to friends in the studio, everyone went ‘wow.’ The song’s a strange contradiction. It’s got an uplifting feel, almost like a gospel song, but it’s also got a very hard realism about it.”

“I had most of the lyrics before we started the song, but they were just words written down in a book at that point. They’re partly about Woking, where I grew up, which had always been a depressed place in a way. That line rows and rows of empty milk floats dying in the dairy yard was directly influenced by Woking, where there was a milk yard. The ghost of a steam train is about my childhood, because we lived close to the station, and I could always hear the trains shunting about at night. Those suburban images were very strong in my mind and a lot of people connected with it. Cut down the beer or the kids’ new gear was about how people were struggling and had to make decisions about what to buy. Even before the ‘80s, a lot of people were living hand to mouth.”

“‘Malice’ was our third number one [in the UK], which I thought was very deserving. It’s one of my best songs, lyrically and in terms of what it means to people. I think it’s still relevant. I don’t think things have moved on too much since. I started playing it again because it’s a great song – it’s also entered the realms of being a great folk song. When we play the opening bars, you can’t help being swept along.”

For more about Paul Weller, see our review of On Sunset, and his trans-Atlantic interview with Rick Moore from our September 2015 issue. 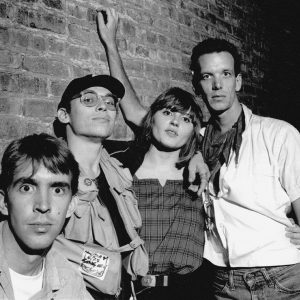 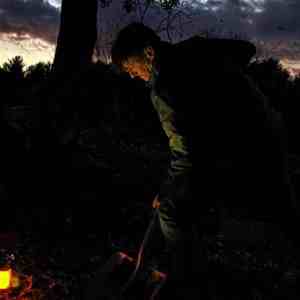