Back in 1997 Paul Weller titled his fourth solo release Heavy Soul. It was a perfect description of what his post-Jam career had become, especially after the slick but tough R&B/pop of his Style Council years. Fast forward nearly a quarter century and about a dozen more studio sets. Weller’s new disc could be called More Heavy Soul.

The gentle strings that brought lush, gorgeous tones to Weller’s previous 2018 work True Meanings remain, but the acoustic nature of that album is replaced with a plugged in band. And he returns to emotional soul man mode on these ten (15 on the deluxe edition) selections.

The first 7 ½ minutes of the opening “Mirror Ball” combines a variety of Weller’s influences. Those include psychedelic, space rock, soul, blues and experimental touches that blend to create a bold, some might say audacious, musical concoction which twists and turns but remains accessible. It’s a daring, confident beginning to a powerful album. Ditto for the title track which, at just a minute less, brings sumptuous orchestration, horns, trilling flute and female backing vocals into the mix for another widescreen entry nearly as dynamic as the first.

Weller is as impressive and distinctive a vocalist as he is a prolific, world class songwriter and expert arranger. His voice shifts from tender to thundering but he never oversings even as strings swell on the sweet “Village,” the disc’s first single. There’s a distinct 70s groove to much of this as the synths, backing singers and orchestration mesh in “Earth Beat.” The bouncing bass of “Equanimity” brings a McCartney-styled “Martha My Dear” vibe to the set’s most intentionally retro moment. Weller goes full-on Bowie for the closing “Rockets” ballad as he bellows the extravagant ballad layered with enough shimmering strings to make a typical Phil Spector arrangement seem sparse.

Each track lists a dozen or more players. And while that creates complex, occasionally ornate instrumentation, the songs never feel cluttered or overly busy. Rather Weller carefully crafts this music, shifting moods and using the players to enhance songs that are as well, soulful and heavy, as anything he has created.

Sink in and relish the experience of a veteran songsmith at the peak of his heavy soul powers. 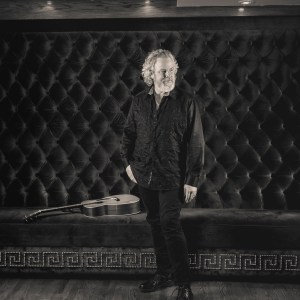