The climactic song on Adia Victoria’s sophomore album Silences is “Get Lonely,” which takes its title from the seemingly paradoxical line, “I want to get lonely with you.” There have been hundreds of thousands of songs about loneliness, but this may be the first to describe the condition as desirable. “Nobody Wants To Be Lonely,” Ricky Martin and Christina Aguilera sang, but Victoria does.

The story behind the song is the story behind the album, a quest to reclaim the quiet and solitude of her former life, the Silences that gave birth to the songs on her acclaimed 2016 album, Beyond The Bloodhounds. That breakthrough made possible a year and a half of touring that spread her music throughout North America and Europe but exacted a heavy toll from the singer-songwriter.

“I’d gone from being a lonely person, living alone in Nashville,” she says, “to going all over the world with my band. When I got off the road in 2017, I was very much changed. I realized I was in a deep depression. Art before was easy; now it was hard. Even my relationship with my guitar had changed severely. The guitar is what drug me into that world, so now I didn’t even want to look at it.”

The transition from work to home can be wrenching for any of us, but it’s far more challenging for those who go off on work trips for weeks, even months at a time –  not just musicians, but also soldiers, athletes, salesmen, international aid workers, long-distance drivers and migrant farm workers. It’s even harder for those, like Victoria, who were homebodies before being pushed out onto the road.

“There’s a song from Hole that I love, ‘Violet,’ that goes, ‘When I get what I want, then I never want it again,’” says Victoria. “That was my experience of that tour. It was like a karmic trick had been played on me. When I was a little girl, I wanted to perform all over the world. And the universe said, ‘Okay, here’s a record deal and a tour where you’re on stage every night. How do you like it?’ You like it for a while, but you start to wonder, ‘Who am I now?’ When you come back to your private life, you don’t know how to be yourself anymore. This second project is rooted in that panic of ‘Who am I now?’”

Despite her enviable success for a bluesy debut album, Victoria still wasn’t making enough money to pay her bills, so she had to go back to her old day job. She had to relearn how to be in a daily relationship with her boyfriend. She needed a break from her guitar, so she had to find a new way to write songs. Instead of beginning with guitar figures, she began with percussion patterns.

“I tried to create beats on the GarageBand app,” she says, “weird little rhythms that appealed to me. I’d sit on my bed with my iPad, just pressing things until something happened that I responded to.”

This starting point is especially obvious on songs such as “Get Lonely,” “The Needle’s Eye” and “Different Kind,” where a low-pitched thump introduces the song and dictates the architecture. When she had a rhythm she liked and some words to go with it, she’d bring in Mason Hickman, the lead guitarist from her band, to flesh out the song. In other cases, he might have had a chord progression that caught her ear and suggested a lyric that she might add.

“I have all these ideas,” she explains, “and sometimes I get so worked up that I can’t untangle them, but he’s able to get the ideas out of me and put them in working order. He knows a lot more about the technical side of things, while I’m more the dizzy artist who keeps saying, ‘This is how I feel and maybe we should make a song about it.’ For example, when I got back home, my doctor prescribed Trazodone, an anti-depressant, as a sleeping aid, and I felt like a zombie. I sat down with Mason and started talking about feeling apart from myself and the desire to get lonely with myself. Who among us cannot understand that feeling?”

With its strong flavors of blues and string band music, Victoria’s first album was described by the press as Americana, though she fiercely objected to the term. The second album doesn’t sound much like Americana at all; the dirty electric guitars and electronic beats of indie-rock, which were also present on the debut, play a much bigger role this time. Other tracks have a chamber-pop feel as cello and violin parts are synthesized/processed.

Part of that is the result of her septet’s sound evolving on the road. Part of it is due to the National’s Aaron Dessner, who produced the new sessions at his home studio in Hudson, New York. He had taken the initiative to approach Atlantic Records about the possibility of producing Victoria’s follow-up album. When she visited his studio, she felt comfortable and welcomed his advice that she should recover from her road ordeal and take her time writing the new batch of songs before coming back to the studio.

But if the sonic aspect of the second album is very different from the first, the blues-rooted themes and language of the lyrics carry over. On the opening song, “Clean,” the narrator spots a male intruder in her garden and kills him, only to discover it was God. She is liberated by the deed, and in the third song, “Pacolet Rd.,” she packs her bag and announces, “Tell the man from Galilee, the devil has a hold on me.”

“She’s out of there like a slingshot,” Victoria says of the song’s narrator, “dancing with the devil. Pacolet Road was where I lived in a little house with my maternal grandparents in Campobello, South Carolina, 30 miles south of Asheville in the Blue Ridge Mountains. The girl on the first album was stuck in the south, stuck on Pacolet Road; this girl on the new album catches a train and leaves that world behind. The song — the rest of the album, in fact — is about what she finds in the new world. It’s fun for a while, but not for long.”

“Stuck in the South” was the title of Victoria’s first single, a 2014 SoundCloud release that went viral, thanks in large part to this meme couplet, “I don’t know nothing about Southern belles, but I can tell you something about Southern Hell.” That got her a deal with Atlantic Records and a tour that unstuck her from the South.

“I don’t know if the girl in the song expected the road to get its tentacles into her the way it did,” Victoria continues. “When you first hit the road, you never take into account the dues you have to pay. You think you’re going to do it ‘My Way’ like Frank Sinatra, but everyone who helps you wants some interest on their investment. Suddenly her relationship with her art has changed. Even if you’re not in the music business, we’re all pawns in one business or another. We all ask ourselves, ‘What do I have to do to get people to like me?’ That’s what this girl is asking.”

There were positive aspects to touring, of course. When she saw black women in the audience connecting with what she was singing, that was especially gratifying. When she saw men in the crowd crying, that was an unexpected bonus. She gradually learned that a performer didn’t have to strike an ironic pose; she could create a truer intimacy by being herself. When Victoria, her band and the audience were on the same wavelength, it was “‘like fucking the whole room,’ as Janis Joplin said.”

But there’s a price to be paid. “Every beat that used to beat,” she sings in her girlish high soprano over a churchy organ and crackling static in “The City,” “keeps fading out from under me into the night.” What causes that fade-out? “The stress of always having to be happy all the time,” she explains in a nursery-rhyme melody over an oompah rock beat on “Devil Is A Lie.” She tried to strike a healthy balance between baring her feelings on stage and keeping a refuge of silence, “but the devil keeps telling me lies.”

And who are those devils? The “Nice Folks,” who lend a title to a brooding rock-noir number and who seduce the narrator with their offer: “Take all the dollars, take all the cents.” What’s the catch? “Now you gotta be good; you gotta behave. You gotta play nice, you gotta create.”

“The devil is the world,” Victoria elaborates, “the human agenda, the human experience. It’s not the devil as an evil but the devil as humanity freed from any restraints. When she says, ‘The devil has a hold of me,’ she’s saying, ‘I’m doing things I shouldn’t do, but I’m enjoying it. She’s going to take this next line; she’s going to sleep with this next man. It’s self-destruction.”

Self-destruction is the subject of “Cry Wolf,” a song that opens with melancholy cello, which is soon contrasted by the jittery synth loops of forced happiness. The title is a reference to failed suicide attempts, which are followed by the promise that “I’ll be good; I’m a sensible girl,” though the tension between the despairing cello and the agitated loops grows fiercer, not calmer.

“‘Cry Wolf’ is about Sylvia Plath,” Victoria reveals, “about a woman who constantly had to seem happy, while beneath the surface she was fighting these demons, at war with herself. It’s like she’s saying, ‘I want to be good, I want to be good, but at the same time I want to die. I have all these problems, but I don’t want to sound like I’m whining.’ All you can do is cry wolf.”

In writing these lyrics, Victoria is less concerned about the songwriting craft of tight rhymes, regular meter and continuity. She’s more concerned about capturing the dramatic tension between what’s on the surface and what’s underneath. To do that, she borrows from the religious hymns she grew up with, from the free verse she also writes and from the kind of journal writing most people would keep under lock and key.

“I’ve always had it as my mission to speak the unspeakable,” she declares, “to figure out what we’re not talking about here. There’s great art to be made out of that. No one wants to talk about feeling disconnected and out of control; no one wants to talk about the pleasure of letting go and the price to be paid for doing so. If you want to go out into the world and be a big shot, this world has nothing big enough. There’s no man handsome enough, no party wild enough, no check big enough to fill the void when all you want to do is be alone.”

As she gets ready to go back on the road to support her new album, Victoria is steeling herself for the long drives, the crappy dressing rooms, the cheap motels, the bad food, the fans and professionals too eager to share bad habits. Reinvigorated by her hibernation of solitude, by her months of getting lonely, she’s ready to face the challenge, because that’s the job she signed up for.

“To quote Margo Price quoting Levon Helm, ‘I’m not in it for my health,’” Victoria says. “That’s the job. I’ve had shitty jobs, and so have the guys in my band. Driving across Oklahoma for hours on end, that’s part of the job. I wish there was a way to better treat musicians, as if we were making a valuable contribution, and not just rodeo animals.” 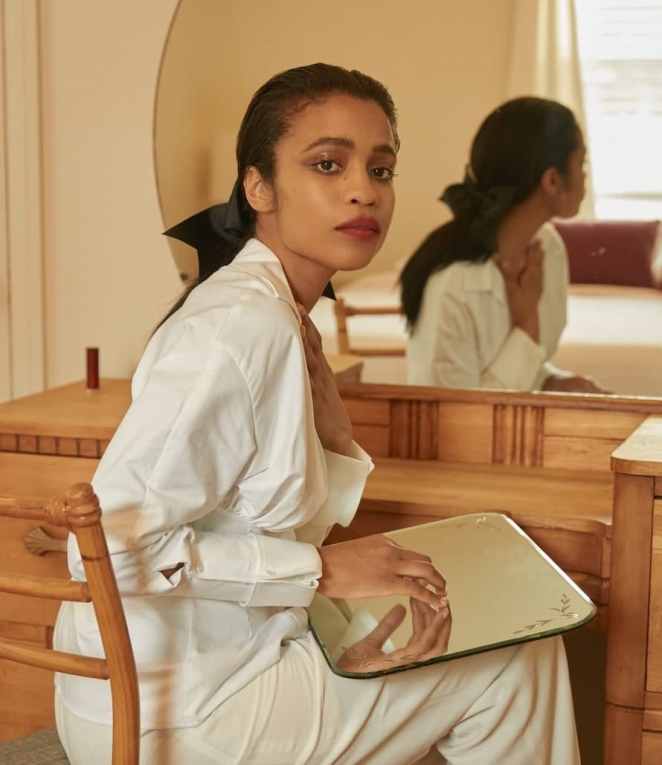 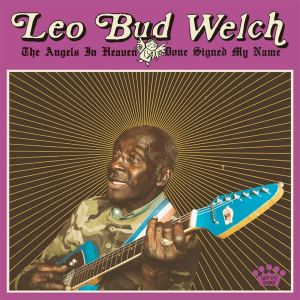 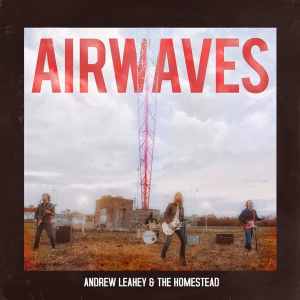