NASHVILLE, TN, October 20, 2009 – It all begins with a song and last night (Oct. 19) the writers of country music’s most performed songs of the past year were honored by The American Society of Composers, Authors and Publishers (ASCAP). The 47th annual ASCAP Country Music Awards – ASCAP at the Ryman – were held at country music’s mother church, the Ryman Auditorium in downtown Nashville, before an audience of more than 1,500 distinguished songwriters, top country stars and music industry leaders.

The evening’s top honors were awarded to the following:

ASCAP Songwriter of the Year: Ashley Gorley was honored for “You’re Gonna Miss This” and “Start a Band.”

ASCAP Songwriter/Artist of the Year: Alan Jackson for “Good Time” and “Country Boy.”

ASCAP Country Song of the Year: “You’re Gonna Miss This,” written by Ashley Gorley; publishers are Songs of Combustion Music and Bug Music/Windswept.

Connie Bradley, ASCAP senior vice president and Paul Williams, ASCAP president and chairman of the board hosted the evening which opened with a performance from rising star David Nail. Williams took a brief break from his hosting duties to wow the audience with a medley of his iconic hits. The Oscar, Grammy and Golden Globe-winning Hall of Famer has written timeless classics including “We’ve Only Just Begun,” “Rainy Days and Mondays,” and “Just An Old Fashioned Love Song.”

A total of 51 song honors were handed out while interspersed with very special performances by the writers of the year’s top 5 most performed songs. Those performances included “Good Time” by Alan Jackson; “You’re Gonna Miss This,” (Trace Adkins) performed by Ashley Gorley; “Waitin’ on a Woman,” (Brad Paisley) performed by Don Sampson; “Don’t Think I Don’t Think About It,” (Darius Rucker) performed by Clay Mills and “Roll With Me,” (Montgomery Gentry) performed by Tommy Karlas.

The ASCAP Golden Note Award is presented to songwriters, composers and artists that have achieved extraordinary career milestones and this year it was presented to an architect of the southern California sound, JD Souther. A musical tribute to Souther included Lee Ann Womack’s powerful performance of the Linda Ronstadt hit, “Faithless Love,” Rodney Crowell honoring his friend with a performance of the Eagles’ classic, “New Kid in Town,” Love and Theft’s sweet take on “You’re Only Lonely,” and Souther’s beautiful interpretation of one of his many Eagles’ hits, “Best of My Love.”

Gerry House and the House Foundation were awarded the ASCAP Partners in Music Award for their contributions toward the promotion and support of songwriters, musicians and artists. Martina McBride presented Gerry House, producer Richard Falklen and House Foundation members Al Voecks, Mike Bohan and Duncan Stewart with their award.

Immediately following the awards show, songwriters, artists, industry VIPs and guests followed the red carpet to the AT&T building for the official Post Awards Party, a celebration known for amazing food and beverages and an equally amazing view of Music City from the 27th floor of the high rise building. Hard Rock Café and Corona beer were sponsors of the Post Awards Party. 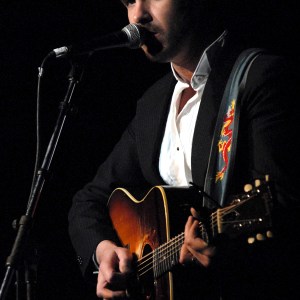