We reached out to many of our favorite songwriters with an invitation to share their reflections on this day, what would be John Lennon’s 80th birthday. October 9, 2020. And on his impact on their lives and world. We received a great and joyous outpouring of love for this man, too epic to publish all at once. With great gratitude to all who took time to share Lennon love, here is the first installation.

I bought my first Beatles record in 1980, when I was 14 years old. At this point I was very serious about classical music and was just discovering the joys of rock and roll. The record was Sgt. Pepper’s Lonely Hearts Club Band. I couldn’t get enough of it, for so many reasons.

But the thing about that record that bonded me to it the most was “A Day in the Life” – it haunted me. John’s voice, the not quite decipherable lyrics.

Nothing had ever made me feel that way before. Melancholy, resignation, a bit of dread, the short respite when Paul McCartney bursts in to tell us about his morning.

Then that haunting mysterious tale again, closing with the epic long piano chord. It sounded like how I felt most of the time, even if I didn’t really understand anything about how I felt at that age.

Happy 80th birthday John Lennon. Like so many others, my life was forever changed by you.

Lennon died the year I was born. I hate that we were robbed of 40 years of music and activism from him.

He exuded confidence, yet hated his own voice.

These facts made him “The Most Human Beatle.”

John’s philosophy of activism through love and peace is needed as much today as it was during his time here. Lennon taught us not only about peace and love but how to rebel against the constructs of war, setting the bar at the top for rock star activists.

John Lennon at 40 had already turned my life topsy turvy more than once. His vocal and guitar on “I Want To Hold Your Hand” made quite a first impression, pivoting my childhood toward a path that would embrace rock music as soul food, creative outlet and ultimately vocation.

For the next twenty years he was one of my True Norths, a hero, someone I could count on for honest takes, wry humor and revolutionary opinions. When he was cut down, I made his case for sainthood. Not because he was saintly. But because who else had changed the world as much as John Lennon? I loved him without reservations. Still do.

So, today, he would’ve been eighty. Maybe. Who knows what life might’ve had in store for John Lennon had his sick assassin not done the deed? Cancer from all those ciggies? Forty more years is a long time.

But, okay, let’s say he’s still around. Naturally, I can’t think of John without Paul, and when I think of Paul, I think of the band he’s been touring with for the last twenty years and all those Beatles songs he’s added to the set. With John (and George, of course) gone, Paul has put hundreds of millions of Beatles fans on his shoulders and carried them to live nirvana in stadiums and arenas around the world. His shows are Liverpool religious revivals, and no one sheds happy tears like Beatle fans.

Had Lennon lived I think it all might’ve been a bit much for him. I can’t imagine him sitting idly by while his chum soaked up all the Beatle love.

I can hear John saying, “Look, Paul, if you’re going to do fucking Beatle songs all night, you may as well have another Beatle up there with you for a few numbers. I do remember the words, you know.”

So, John would appear at random Paul shows, the fans would absolutely lose their minds, and Beatle reunion rumors would begin again. The Internet would catch fire.

Then John, after getting his Beatle jollies sated, would announce, “Alright, folks, thanks for the applause, it’s been lovely, but I think I’ll join my son’s band for a while. He needs a rhythm guitarist and I’ve passed the audition.”

John Lennon is my guru. Yesterday was my daughter Ava’s 17th birthday. Her birth was planned as a C-section on October 9th, so her birthday could be the same as John Lennon’s, but she was eager to greet the world the day before.

I always celebrate John’s birthday by playing and listening to his music. I’m reminded of what made me want to be a musician. Him!

Here is a man who only wrote and recorded our best ever songs during his Beatle career. It doesn’t hurt that he had the best rock n’ roll singer in the world delivering his tunes. Him!

I attended a lecture by the late Geoff Emerick, the Beatles’ engineer, in L.A. the night before his passing. He said of John Lennon,“When he went to the mic to sing,he would quietly break your heart.”

Let it Be was the first album I ever owned, and I remember listening to “Across The Universe” coming out of my parents hi-fi, sounding like the most sadly beautiful thing ever recorded.

His voice changed immeasurably over his lifetime. From his early Beatles voice with all the low end reedy tones, to the more airy approach in the solo years, always, through these changes, you could feel him in every vocal performance. “Revolution,” “A Day in the Life,” “Julia,” “I’ll Be Back,” “Twist and Shout,” “No Reply,” “Nowhere Man,” “I’m Only Sleeping,” “Strawberry Fields,” “All You Need Is Love,” “Mind Games,” “Jealous Guy,” “Stand By Me” et al. Most of them he wrote, all of them he sang. Like no other.

I was mesmerized by those four guys from Liverpool. Captivated. Listening to them perform their songs was life-changing. Like millions of other kids, I knew at the moment I first heard them, I was going to make music my way of life for the rest of my life. And I have.

Today is John Lennon’s 80th birthday. I loved him. John Lennon was a wonderful human being. He was also an angry man with a wounded soul and an acerbic tongue. But he had a soft center, and an innate understanding of love that came shining through in his songs.

The outward John was a shield put up to protect the vulnerable, inner John. I grew with him, but really didn’t understand him until I got old enough to think for myself. I loved them all – Paul, George and Ringo. But what truly pulled me towards John was his courage and vulnerability. He said what he thought and was honest about what he had to say, even if at times it seemed the whole world disagreed with him.

Having lived a life of songwriting, I have been guided by this simple principle that John Lennon taught me. This whole internet life we now live comes with  a litany of opinions and comments. Some favorable , some not. Human beings can be cruel, harsh and violent.

Regardless, we as songwriters write and sing what we believe is true to ourselves, our beliefs and what’s in our heart. In many cases we try our best to offer some relief. We hang ourselves out on a line to be target practice for those don’t agree, or like what we sing about. Or maybe they simply dislike who we are for being who we are. But that does not alter what I think about myself.

Thank you John Lennon for being you, for being my teacher and my mentor in this magical mystery musical life.

Talking about Lennon? I can’t really do that. Lennon wasn’t the head Beatle. he was the Head of the Beatles.

I think Paul and George and Ringo (and I love them all) might have found success as a band without John Lennon, but they would have been a nice Hollies-level British Invasion entry.

You know how every so often you run into a musician or songwriter who says they don’t like the Beatles, don’t get why they’re such a big deal? Does it always stop you in your tracks? It’s like saying they don’t get the significance of air. Or the Civil War. Or the Big Bang. There’s no further conversation possible.

So I’m not very articulate about this. I know that if I’d found In His Own Write and Spaniard sooner, he’d be on the same level as Robert Benchley in being one of the founders of the comedic part of my brain. I can’t really even talk about him.

I’ve spent most of the lockdown muttering “Nobody told me there’d be days like these, strange days indeed, most peculiar, mama. WHOA.”

When I think of John Lennon, the first image that comes up is his face on the cover of In His Own Write, the book of nonsensical, but oddly Thurber-like stories and verse that John wrote and I discovered back in the 7th grade.

I remember some of the lines by heart, these from “Good Dog Nigel”: “…Nice dog! goo boy/Waggie tail and beg/Clever Nigel jump for joy/Because we’re putting you to sleep at three of the clock, Nigel.”

I’m not sure, but that book, and John Lennon’s scathing sense of humor, may have been the inspiration for my own dark sense of humor and appreciation for the absurd. As much as I loved Paul’s overall sunny demeanor, and had a natural affinity for George as I was a budding lead guitar player myself, it was always John who seemed the intellectual wit of the group, whose unresolved issues helped The Beatles push pop music into the realm of true art.

John taught us all to never be satisfied with “almost.” He wanted his music and his life to bring something beneficial and helpful to the world, and we are all the better for it. John went through a lot to exorcise his personal demons, but he took us all along on the journey, and the music he left us helps us on our own bumpy road to peace and serenity, too.

The young people of the world are currently fighting against the forces of greed, racism, oppression, and oligarchy, and were John alive today, he would be fighting alongside them. The scenes of street protests in the video for “Give Peace A Chance” look alarmingly current.  Yes, we are joining you, John. Thanks for being such a lucid dreamer. You weren’t the only one. 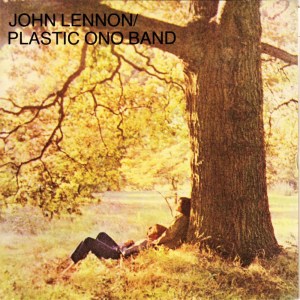 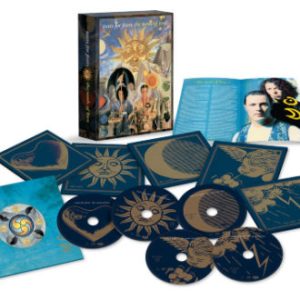