As pioneers in the pop-punk scene with over 15 years of songwriting, gigs, touring, and countless hits under their belt, All Time Low took their inherent music biz knowledge and looked back, not forward, for their new record.   The album is solely built on writing and recording techniques adopted from their early days.

All Time Low’s new record Wake Up Sunshine, the eighth in a lineage of full lengths, is a perfect portrayal of how their roots and classic sound has matured.  The All Time Low sound was always there, but the way they approached it this time was a bit different than their more recent albums.  The molding concept for the record was the idea to make an album the way they used to, with everyone under one roof.

“Last record we wanted to do something moody and dark, to explore some sounds and palettes we hadn’t tried out before as a band,” frontman Alex Gaskarth told American Songwriter.  “It was a record of growth and thinking outside the box. This time around it was about getting back to our roots, and by that, I mean it was important to get all of us under one roof and make a record the way we used to make it back in the day. We were living, eating, sleeping, drinking together. The songs we were writing 24/7.  The energy and happiness on the songs is a reflection of that. We were all so happy to be hanging together and make the record the way we did.”

“In years past, a lot of the songwriting had been me, either collaborating with a songwriter or just myself then bringing the songs to the table when they’re almost completely written,” he explained.  “But we really made a point on this record to do things more collectively. All of the songs were written with all of us involved from inception, and that’s where I think some of that classic ATL energy comes in, because the process was very much the way we used to make records on the So Wrong, It’s Right era.”

Before the group even knew they were making another album, they started writing at drummer Rian Dawson’s studio in Nashville, just to see where it would take them.  It led them to rekindle their classic energy and head to Palm Desert, California. They rented a house and setup a makeshift studio, where they would live and record the bulk of Wake Up Sunshine together for over a month.  Afterwards they added the finishing touches at producer Zakk Cervini’s studio in Los Angeles and wrapped up the last two songs in Big Bear nestled in the mountains of southern California.

All Time Low presented a first look at the record with the release of leading single “Some Kind of Disaster”, a track defined by pop sing-along melodies matched with rugged alt-rock riffs and an apex chorus.  The group recognized the song’s potential early on and shouldered it.

“’Some Kind of Disaster’ was one of the first songs we wrote. We kind of wrote it before we knew we were making an album, we were just writing,” said Gaskarth.  “It was a moment when we all sat in the studio and said ‘this would be a really good way to open a show, I could see us walking out on stage and starting a set’.  From the second we said that, we thought ‘why don’t we apply that to an album?’, and it very obviously became the first song that people needed to hear. I felt like it set the stage for where the record was going. It’s just a rock ‘n’ roll song and we wanted to show people the kind of energy we were going for on the album.”

The title track, an even more definitive song that’s sole job is to package the whole record’s strengths into one 3-minute song, does exactly that and more.  “Wake Up Sunshine” is a departure from the darker tones on their previous album Last Young Renegade, and leads with driving chord progressions and anthem lyrics.

“I always try to write with a bit more depth to the lyrics,” said Gaskarth.  “The title song in particular is about -the living hell in your head- and is really defining for the record.  It was me coming to terms with some of the darker things I had been struggling with in years passed and deciding it was time to turn a corner.  I like the idea of tomorrow being a new day so wake up and begin again and that someone out there thinks you’re valuable even if you don’t.”

“I had a year of just being more sad than usual and it wasn’t for any particular reason,” Gaskarth said of the days leading up to the songwriting process.  “It was just an odd time in my life when I just felt like things were missing, but nothing really was. I felt empty and went into a darker space. This record really felt like the healing process for me.”

Another quality trait of the album is the eccentric collaborations with the rapper, blackbear on “Monsters” and The Band CAMINO on “Favorite Place”.  Gaskarth recalls frequent collaborator Andrew Goldstein who has a long-standing history with the band, bringing blackbear and All Time Low together for the making of “Monsters” explaining it as a “lightning moment”.

“We wrote that song with a great friend Andrew Goldstein who is a frequent collaborator,” the frontman recalled.  “We brought him on board and that song was one of the first ones we did and it was just kind of like lightning moment when the song felt amazing and things connected. Andrew had been working with blackbear, who had always been in our atmosphere, but we had never collaborated together.  Andrew was the conduit and brought us together. We hit up black bear and said ‘hey you want to try something?’ Because we had never dabbled in the rap realm so it was new territory. I think he brought a lot to the table and he elevated the song to a new place.”

“The Band CAMINO are our label-mates and I’m a fan, I love what they’re doing,” said Gaskarth. “We wrote ‘Favorite Place’ and there were some elements on that song that reminded me of what they were doing musically and I felt like I had to say something to them so I hit them up and told them ‘this song reminds me of you guys, like ATL doing The Band CAMINO’.   We both thought that was cool and I asked them if they wanted to be on the song because I thought it just made sense. It was perfect.”

All Time Low has also been luckier than most on the tour path since music took a hard hit with the occurrence of Coronavirus.  They are currently greenlit for all their shows on their European leg in late May with 5 Seconds of Summer. But in the meantime, Gaskarth and his wife are enjoying a retreat at home, spending some quality time together during a season he would usually be extremely occupied with All Time Low.

With the insurgence of online and at-home shows, All Time Low has been maintaining their presence and engagement with their fans through weekly live streams where Gaskarth has played songs and answered fan questions, a scheme he finds productive and endearing when people find comfort in unity.

“The little shows from home and stuff are super cool,” he said.  “I think there’s something amazing about seeing artists really strip it down- to see John Mayor play in his living room or The Postal Service play from a basement.  It’s very humanizing and makes you realize we’re all going through this together.” 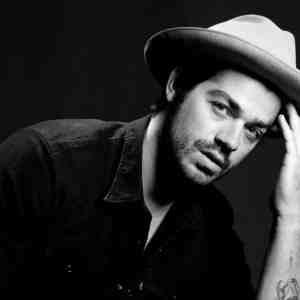 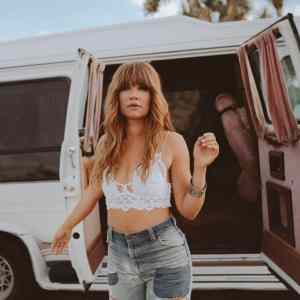