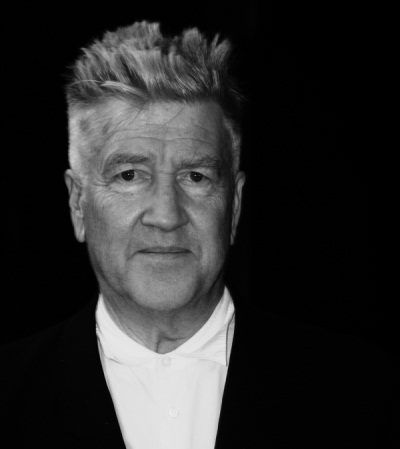 Though David Lynch is obviously an icon not of American music but cinema, he’s a long time musician, guitarist and songwriter. Not only did he collaborate intimately with the great composer Angelo Badalamenti on the scores to many of his classic films and Twin Peaks too, he’s one of the few directors in history – along with Charlie Chaplin – to compose music for his own films, including Wild At Heart and Mulholland Drive. He’s a guitarist who plays “upside down and backwards, like a lap guitar.” Now comes Crazy Clown Time, on which Lynch collaborates with his engineer and friend Dean Hurley to create an album as cinematically rich in dreamlike imagery and sonic mystery as a David Lynch film. If David Byrne and Moby teamed up with Laurie Anderson and Tom Waits, the result might match the mysteriously hypnotic ebullience of such new Lynch tracks as “I Know” and “Good Day Today.” Whether making a movie or a song, Lynch explains, it all starts with ideas. And with love.

David Lynch: The discovery is in ideas, whether it’s ideas for a song, a film, a painting. Ideas are hiding in there, in the big within. Lots of ideas come, but once in awhile one comes and you fall in love. It can be a big idea or a small idea, but you focus on it, and it becomes magically attractive and it brings other ideas in to join with it.

Everything comes from this unified field within. Ideas are floating like fish. Desire for an idea is like a bait on a hook. If you desire an idea, it pulls and it makes a kind of a bait. Ideas will come swimming up. And you don’t know them until they enter the conscious mind. And then bingo! There it is! You know it instantly. And then more come in. If you go fishing for ideas, a lot of ideas will just pop in. And one of them will make you fall in love.

Ideas are what take me to one thing or another. If you get ideas that you fall in love with about furniture, then you’ll wake up and go to the woodshop. They direct you where to go.

When you’re without an idea, when you’re in the wasteland and the desert, it’s torturous. You know that love is out there but you’re not finding it. And so you don’t know how long it’s gonna be before you find it, and you try different things, and nothing’s working. But sometimes the desert gets smaller and smaller and you find an oasis.

Music is abstract. When you listen to music, a multitude of things happen in your mind and in your heart. Songs are little stories. A feature film is more complex; it’s more like a symphony in many movements. It has different speeds. It has to hold people for a couple more hours.

I started as a painter. Painting led to cinema, and that led to still photography and more painting and to sound. Starting to work with Angelo Badalamenti on Blue Velvet, I got more involved with music, and built my own studio to experiment with sound. That got more musical and led to music. The world of music is a magical thing.

To compose this music, I worked with Big Dean Hurley and we jammed, with me on guitar, and sometimes Dean on bass or another guitar or on drums. If you start off with a certain beat and a certain sound on the guitar, it’s gonna put you on a certain road. And when you go down that road, you can discover things. This is how it starts. There’s a lot of crap. But then there’s a few nuggets of gold.

I love melody. I was very lucky to meet Angelo. In movies, there is music that is not melodious, but it’s setting a mood and a very special feel. And then there’s music that has a melody that can tear your heart out, and Angelo can do both of those things. He writes music that can pull your heartstrings like crazy.

A great melody flows in such a way that you are almost anticipating the next note with such yearning that you can hardly wait. If there’s a wrong thing in the way, it breaks it and it’s just a horror story. But if you feel it moving, and it keeps moving the way you want, you just love the way it’s moving. Then it will move and grow and then it can hit something where there’s a collision that almost destroys you with the beauty of it.

“Good Day Today” came from the line “I want to have a good day today.” It’s a yearning. First it was words, and then almost like a shadow of that was a tune. Then the verses came. It was that thing of being so tired of the negative.

For a song to be a great, there’s two things: It’s the song and the way it’s sung. It’s the story and the way the story is told. It’s always two things. Both of those things have got to be close to 100 percent. Sometimes somebody hits them and they’re both 100 f—ing percent! And that’s the best of all.