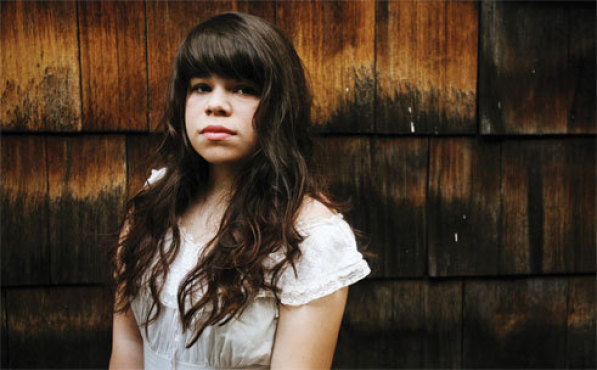 Samantha Crain answers our interview questions with the grace of a poet, and her new album Kid Face reflects her easy way with words. We asked the Shawnee, Oklahoma-raised singer-songwriter about the words she loves and hates, getting good press, her vote the perfect song and more.

You’ve gotten great press over the years. How important is critical acclaim to an artist’s psyche, in terms of motivation and validation?

Well I can not speak for anyone else but myself, as I know that all artists, all people, find value in all sorts of different things. My friend, Ali Harter, always says “If they hate you, then you are doing something right.” I like it when she says it because I know the sentiment behind it is an arm around the back of my neck, a crumpling of hair at the crown of my head, and a “forget the haters kid” whisper in my ear. It’s nice to get positive feedback, but it also sparks the insurgent in me when I know I’m not completely following the rules, when I feel like its a little off-putting at the start. At some point, you can’t just sit by the window and wait for the next review to arrive. It will dishearten you. So, as an artist, you get creative with your emotions. You let your hurt feelings go sketch and write and you let your mutineer kick some dirt up and pound on a piano.

What are some of the themes on Kid Face?

The chief rope that brought all these songs together is real honest-to-goodness self-experienced life. I realize that seems like a broad area to write about but I have never really had the guts to write an album that is completely auto-biographical. Even if I started out wanting to do it that way, I’d get bored or embarrassed, and, just needing to finish the album, give it a lick and promise and send it out into the world. So I made sure that everything I wrote about on this album happened to me or affected me. It was the next essential step for me to grow as a woman and as a songwriter.

What sort of non-biographical song things did you write about in your previous work?

Well reaching back to my first EP, I had a song called “The River” which my alternate take on the story of the same name by Flannery O’Connor. It was about a preacher who drowned a man that he was baptizing. Also I wrote a song called “Bananafish Revolution” voicing my insights on the story “A Perfect Day For Bananafish” by JD Salinger. I wrote short stories before I started writing songs so I had also gotten used to having these characters with back stories reappear and have something else to say, so I’d put their story into a song. I think a lot of it was back then I was playing to gallery, trying to seem more interesting than I really was at that age.

How does your Native American heritage play into your music, and your lifestyle on the road?

I think the songs of American Indians and my Choctaw ancestors have a very primitive quality to them. The pulsing rhythm of the drum steadies or speeds or slows in tempo, unconsciously controlling heart rate and breath. The voice saying key phrases in mantra or repeating, trance-like, non-lexical vocables. Sounds coming from a place deeper than the vocal chords, bringing true meaning to the word “guttural.” These are the qualities I am influenced by when I write and perform. Writing and singing in a barefaced moment of shamelessness.

As far as how being Indian affects my life on the road, I can’t think of a specific thing….unless eating a lot of dried bison jerky counts.

I used to say I was 18 when I started writing songs and playing guitar. I think because, when I was younger, I wanted it to seem like I was special, to appear that one day I just started writing songs that were listenable and started performing them all over the country and it wasn’t that horrible. But really I started playing guitar and writing when I was 16. (I’m sure at the age of 19 this lie of two years difference had extreme importance to my self-image. I was, and still am, a little bit of an odd stick.) Those first songs weren’t bad, per say, but they were very young sounding. But I was a sponge of a teenager and got better as I studied poetry and melodies.

My very first foray into songwriting was opening up the Baptist Hymnal and finding one of those songs that I’d never heard, the ones the music minister at church didn’t even know and always skipped over, and making up my own melodies to those lyrics.

For every 5 songs that I launch, I would say that 1 gets the chance to be a fully executed song. I’m no mathematician but I think that would be 20 percent. That sounds about right. But I never throw anything out. There are stacks of journals and paper scraps, and hard drives and tapes full of guitar jams and delphic humming.

It is always nice when I song comes out exactly the way you imagined it, when you give it everything, working away like a duck on a junebug, giving it some air, and then taking it back under for one last push towards the light. That was how “Paint” was for me. I was in England at the time on tour and had been there for about 4 weeks. I had this lyric idea that absolutely illustrated the thoughts that were coming to me day after day while sitting waiting for trains and I wanted the music to sound the way the sonorous silver sky of Britain in November looked and the way the dewy coats and chairs smelt.

Well I hate to put one of my children in the cat bird seat, but there is a line from “Ax” that appears relevant. “And I found that people just turn hard // won’t even let the kids walk through their yards // I know you’ve come real far but you still prove who you are”

The actual formation of the song hasn’t changed much for me but what has become harder for me is allowing myself to relax long enough to get an idea from simmering to boiling. The older I get, more responsibilities and hardships befall me, and it has become heavier to neglect them.

I’ve been obsessed with the word “liquor” every since I heard Cary Ann Hearst sing it in “Hell’s Bells.” She puts this grunt on it like she’s actually licking something as she sings the work “lick-er.” I also really like the word “bound.” It has such a force it almost knocks you over when you say it. It is explosive in D.H. Lawrence’s poem “Lightning” and robust in hymns…”I am BOUND for the promised land.”

Songwriting isn’t annoying, my psyche can get annoying. The self-doubt that keeps me away from songwriting, that is the vexatious fly.

“The Dam Song” off of Songs In the Night has been brought up to me a number of times as a song that people have really been able to connect with. I assume it is because most all people have felt heartbreak and the glimpses of anger and self-loathing and helplessness that come along with it. I wasn’t try to be overly poetic with “The Dam Song”, it just blurted out very threadbare and unprotected. I think that has allowed people to empathize with me as they feel through their own interior.

I used to write a lot of short stories and poems. Since then most of my ideas are all reserved for songs but I have started drafts for these sorts of things again and hopefully in the next year or so, I’ll have a collection to put out in print. So far it has been very cathartic to bring it all back to where it began.

If I got to write with any of my “heroes” I think I would be too tense to actually get anything done but there are a number of amazing songwriters closer to my age and experience level, that I think would be really fun to work with: My friends, Klara and Joanna (from First Aid Kit), Taylor Goldsmith (Dawes), Tamara Lindeman (The Weather Station), Anais Mitchell, Laura Marling, Robert Ellis, Afie Jurvanen (Bahamas), Keegan DeWitt.

Normally I would say George Harrison but I think people have started to come around, out of their Lennon/McCartney coma, and see Harrison for the genius songwriter that he was. And Ray Davies from the Kinks! Man that guy wrote some amazing songs. But as far as current musicians that people don’t give enough credit to — Buckner and Molina should be cast in gold and have their own holy day and why stadiums of people don’t flock to hear them is mind-bending to me. Oh and Marc Bolan . . . he had such a way, such a feeling about him. And Debby Harry too.

“A Change Is Gonna Come” by Sam Cooke is one for the history books. It is such a universal lyric. It is immediately understandable. Also I think “Waterloo Sunset” by the Kinks is a terrific song from stem to stern. It is this great stew of genres in melody and sound, the story is great, its weird enough to be interesting but catchy enough to be familiar. It is perfect. 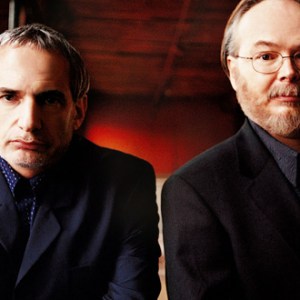 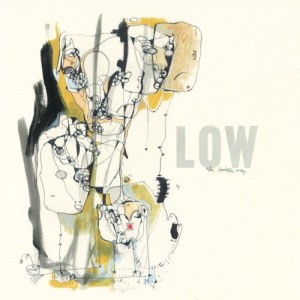