“I didn’t realize how much I needed to get off my chest until I started writing,” admits LÉON about her sophomore album, Apart, released on October 30.

The Swedish songwriter and globally renowned vocalist spent much of last year on tour. Shortly after arriving home in Stockholm, pandemic shutdowns began, leaving her alone for the first time in her life. Here, she began to process everything that happened last year.

“The songs came pretty naturally when I finally stopped for a minute.” she explains. “It was a good feeling to think through the past, and it really opened up my writing process.”

Track one, “Head And Heart On Fire,” serves as an entrance anthem. Her guiding vocals lay an understatedly sultry foundation. Backed by ethereal harmonies, the song serves as the jump-off point, though the listener might prefer the revel in its warmth a little longer.

To follow, “And It Breaks My Heart” opens like a wistful soundtrack from a vintage film, replayed over-and-over for the sake of familiar comfort. Its upbeat tempo keeps poignancy at bay but sets the tone for ensuing heartache.

“When I wrote it, my producer and I were like, ‘this sounds like something,’ but we couldn’t put our finger on it,” she says. “We were able to record it right before the world changed, and I’m so glad we did because this one needed the strings.”

A personal highlight for the artist is the half-way point, “Falling Apart.” With equal parts nerve and excitement, she unveils a raw self-portrait. Unlike the other tracks, this one places LÉON under the microscope, rather than the heart-breaking perpetrator.

“It’s extra honest,” she explains, adding, “because this time, it’s about my own behavior.”

The production takes a dynamic departure on “Who You Lovin.” Its buoyancy distracts from the semantics of sonically piecing an album together. While it provides necessary relief to the listener, the artist examines her new reality with welcomed ease.

Due to her lyrical intimacy, LÉON often feels hesitant toward writing with others, especially strangers. However, this album exhibited the dynamic contribution of external perspectives when crafting a narrative.

She produced the new record with her dear friend and frequent collaborator, Martin Stilling, back home in Stockholm. Due to the circumstances, much of the creation was done in her pajamas. Just a bike ride away from the studio, the experience was much different than her work in Los Angeles, this time feeling more like hanging out with her best friend.

“When it comes to album titles, you want the title to say everything, but not too much. I was struggling with this. Nothing was feeling right,” the artist explains. She enlisted a third-party, Stilling’s mother, to name the collection. Sifting through track-by-track, his mother finally suggested the title, ‘Apart.’

“She said, ‘That’s what it’s all about, right?’ And we were like ‘Oh my god there it is,’” LÉON recalls. “It all just fell into place around that name.”

Being too close to the concept and emotions inhibited the artist’s view, but knowing when to invite others into her story allowed for this reflective interpretation of her subconscious goals with the work.

The album, originally only ten-tracks, was complete when LÉON returned to the studio with one last piece.

“I knew we weren’t supposed to have any more songs, but I showed Martin this one anyway because I really wanted it on there,” she recalls. As he listened, he was like, ‘I feel like this is the closer.’ We had already had a few beers and were like ‘Fuck it, we’ll send it and see what people think.’”

Combing through its content, the two realized this last component would be the title-track.

“Apart” is aptly placed as the closing chapter. The song evokes subtle caution as it chronicles the album’s journey through space and time.

Lyrically, it peers into the dark corners of LÉON’s reckoning with inevitable growth through solitude. Piano-driven instrumentation ties up the tattered threads with enough optimism to signify a slightly upward trajectory. Sonically, her nods to personal experience are broadened to keep the plot objective, inviting listeners who align into the shared experience of isolation.

“I think it’s terrifying,” LÉON says about making a full album. “To have a silver lining is always the tricky part.”

The silver lining, in this case, is by no means blinding. The eleven self-reflecting tracks meld into a vignette of a partially mended heart.

Despite her current inability to take this album on tour, it was important for LÉON to share these emotive songs while she was still feeling them. The therapeutic part is letting go.

The very soul of the album lies in the space between her 2015 debut and the present day. Apart’s vulnerability still feels like a fruitful step forward in her relationship with fans, even from the farthest-reaching corners of the world.

Listen to Apart, LÉON’s fullest work to date, below. 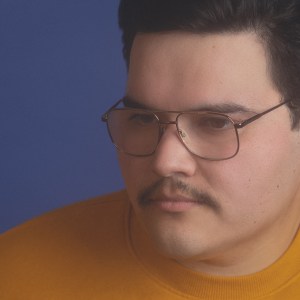 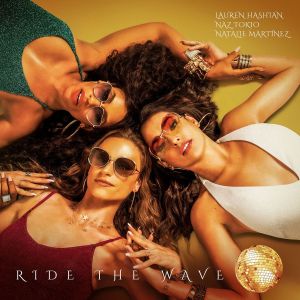