Arielle Silver was on a ten-year break from playing music when the songwriting muse reappeared. “What Really Matters” her comeback lead single, was born from both an introspective internal analysis of her own life as well as two tragic events near her Los Angeles residence. The accompanying video premieres here on American Songwriter.

“In fall 2018, southern California was rocked by a mass shooting at a local country bar and, a day later, the eruption of the Woolsey and Hill Fires,” she recalls. “It seemed everyone like us who was not in an evacuation area was glued to the news, offering support, and holing up inside. It was a terrible time of loss across the state.”

Silver picked up her trusty 2001 Guild D-55 acoustic, which is her go-to songwriting instrument (“me and this guitar are growing old together!”) and penned “What Really Matters.”  ‘What would you take if your world was on fire/Riding the wind on a tinder of leaves/Flames flying in like an enemy fight/Sun rising red, tell me what would you grieve?” The track is filled with an infectious percussive groove, hand claps, foot stomps and an urgent commanding vocal that melds KT Tunstall with Florence and the Machine.

“In normal daily life, we fill our lives with all kinds of superfluous things. We can afford to have vices, to wax nostalgic about the past, to spend money on things we don’t need and, sometimes, don’t even want. But in the midst of tragedy, whether community tragedies like the fires here and the recent Nashville tornado, or in personal tragedies like the loss of a loved one or end of a relationship, we find a deeper understanding of what really matters. Those very words are where this song emerged. “What Really Matters” became both concretely about the fires and metaphorically about those other times in life when we feel like we’re emotionally burned down to the coals.”

After releasing three albums and playing regularly throughout her twenties, Silver put music aside at the end of the 00’s. “Though my heart still ached to write songs and sing, I found that I couldn’t do it anymore,” she recalls.

“In summer and fall 2019, I was working at an office during the day and teaching most evenings, plus I have a family. But earlier in the year I’d run a successful crowdfunding campaign for this project, so I felt immense support from all the contributors. They believed I could do this – “this” being making a new album after more than a decade since my last one. I was burning the candle at both ends, for sure, but time is strangely flexible when there’s something that you deeply desire to do.

“What Really Matters” is the first single off her full album A Thousand Tiny Torches which will be released in May. The full record was recorded at Secret World Studios, which is in the historic Sound City complex, and produced by Shane Alexander. “When you turn into Sound City, it’s like the ghosts of rock n roll’s past are cheering you on.” Silver recorded with a live band. “All the instruments are real, all the parts. Denny Weston Jr played drums – I first saw him play on tour with KT Tunstall and was thrilled that he was up for this project. Darby Orr played bass – even before we married, I called him a badass bass man, and I was thrilled that he was a part of this. Carl Byron played organ and keys, and Jesse Siebenberg added masterful lap steel parts.”

Prior to moving to the West Coast, Silver spent several years in Boston, where she immersed herself in the music scene and found inspiration in Lori McKenna’s writing. “She tells very specific stories with nuance and an eye to the universal. Her craft is different now from when I used to see her live in Boston in the 90s, but she’s always been a master at illuminating small details from daily life to reveal deep truths of the heart.”

With her songwriting muse back in her soul, Silver is back to performing onstage at house concerts and listening rooms, including the fabled Hotel Café in Hollywood. Plans are underway for West Coast tours and upcoming dates in Boston. “When I was younger, I was performing,” she confirms. “Now, I’m connecting.” 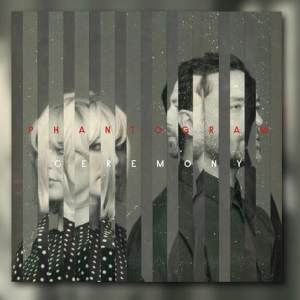 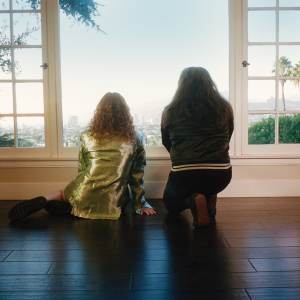