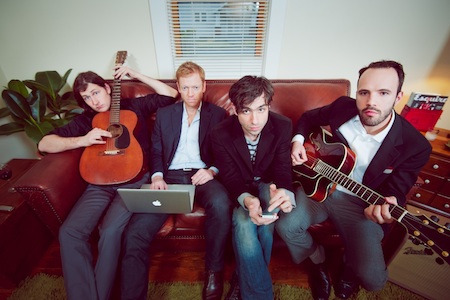 Singer-songwriter Matt Urmy was touring a lot in 2010 and 2011, often with his Knoxville buddy Jonathan Sexton. Sometimes they were joined by Nashville-based artist Jacob Jones, and the three friends billed themselves as the Rollin Highway Review.

Urmy says he had taken a few years off after his son was born, but then hit the road again “with a whole new focus and determination, as you can imagine.”

The musicians were sharing notes about touring—discussing resources and tools for touring musicians—when they hatched a plan for a better solution for managing a musician’s career on the road.

In July 2011, Urmy and Sexton began building a web and mobile platform for touring artists and their teams called Artist Growth. The product was designed to keep track of merchandise, scheduling, contacts, and promotional efforts.

Before Artist Growth launched in January 2012, there weren’t many solutions for keeping track of things on the road.

“The really organized people are using Google Docs and spreadsheets,” says Urmy. “Others are using legal pads, or not doing anything.”

Artist Growth soon started talking to managers and record labels in Nashville and elsewhere about their new product.

“From the managers and labels, there was a little bit of concern early on that they would feel like we were trying to digitally replace them,” says Urmy.

But once industry leaders in Nashville saw the Artist Growth platform, Urmy says they realized it would help streamline their process. (Joe Galante, the former chairman of Sony Music Nashville, was an early supporter.)

While an artist’s record sales and social media reach provide data that’s easily analyzed and tracked, it’s often hard to take full advantage of a fan’s purchase of a t-shirt from the merch stand after a concert.

Urmy says the driving force for building Artist Growth was a desire to better capture that valuable data from artists’ careers on the road. They plan to integrate mobile payment technology into the Artist Growth system, a further step towards streamlining the at-the-venue process.

The road can still be a hard place for artists to make money, but at least now they’ll have better tools for making their offline efforts succeed.

Correction: A previous version of this article implied that Eventric only handles large-scale tours, while in fact a majority of the company’s customers are bands on the club circuit. 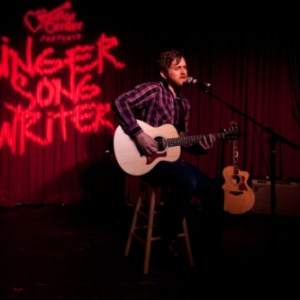