He was cool. Not Steve McQueen cool, but a good guy who’d do the right thing, help somebody out because he could be cool. Indeed, he was the kind of cool that even before I knew what cool was, or really understood what the man with the curly dark hair and the bright smile did, I knew he was cool.

People think the social upheaval happened in the ‘60s, then the ‘70s were one long disco inferno. Nothing could be further from the truth. In Cleveland, Ohio alone, the lake died, the river burned, four kids were shot to death protesting the Viet Nam war at Kent State, race riots saw America’s first Black mayor elected and nice girls from good families ran off with the Children of God, Mexico to get busted coming back with a lid of grass or New York because Roe V. Wade wasn’t a reality, but their pregnancy was.

Into or against all that, Mac Davis emerged the unruffled songwriter who’d created hits that synthesized these moments. Elvis Presley’s “A Little More Talk” may be the musky brio that defines the King’s charisma, but “In The Ghetto” alone crystalized the stark pain of the inner city with a quiet conviction that matched Marvin Gaye’s own social awakening. But there was more, the tender “Watching Scotty Grow,” the heart-tugging “Memories” and the life-affirming “I Believe In Music” to temper the awareness you couldn’t turn away from.

Suddenly, the kid from Lubbock who moved to Atlanta, then crossed the country seeking a toehold in music was a songwriter the famous artists clamored for. Nancy Sinatra had invested wisely when she signed him to a publishing deal. He wrote hits for Glen Campbell, Dolly Parton, Tom Jones, Johnny Cash, Bobby Blue Bland, Tammy Wynette, Frank Sinatra and Merle Haggard, plus Aviici and Bruno Mars of recent vintage.

People who believe in music are the happiest people

Clap your hands, stomp your feet, shake your tambourines

Raise your voices to the sky, God loves you when you sing

The son of a religious man, gospel permeated his music. Whether the slow burning carnality of “One Hell Of A Woman,” or the overt church-feel of “I Believe In Music,” the soul of his raising was evident. So was the innocence of dreaming when you’re small-town bred, but believing there’s something more: “Texas In My Rearview Mirror” spoke volumes about chasing what you don’t truly understand with enough passion to possibly catch it.

That hope in the face of impossible odds, that smile and sense of “why not?” embodied an optimism people needed. But this wasn’t a hoaky sap who didn’t know better, this was an actual man intent on embracing the best in people.

Growing up, my atonal Dad loved to sing along with the radio. Some songs got even more gusto than others, and Davis’ songs – whether he sung them or not – swung in a pocket perfect for Midwestern males content in the suburban realities. He found “It’s Hard To Be Humble,” wryly iconic with its confession “I’m perfect in every way.” He delighted in the real life reminder “Stop & Smell the Roses” with its gospel tinge.

And as a golfer, he had a temperament that when we watched as a family, his deportment was  that of an excellent athlete. But more than a cocky jock, he came off like the definition of “a sportsman,” the kind of gentleman who’d be nice to your daughter, respect your wife and wisecrack his way around the course. But also, the kind of guy who’d press on the last three holes, and pay his bet even if he didn’t think he should’ve missed that putt.

Honor comes in many forms. Mac Davis seemed to embody it.

“Lucas Was A Redneck” a swampy, bluesy funk, painted a pretty unapologetic picture of white trash. The wah-wah guitar’n’harmonica track was a corner of the mouth kinda special, where the narrator called out a bad seed for using the N word, beating up hippies – and just kept going, railing about racism and bullying without ever flinching.

That’s the kinda stuff my Daddy liked. No show, no big deal, just a solid cut to the gut, call it as it was and don’t look back. Other than that rearview mirror filled with Texas, neither did Davis. Between “In The Ghetto” and “Lucus,” Davis did as much for racial equality in a turbulent time as anyone – and he wasn’t looking for any credit, he was just showing the simple truth to a world that needed it.

Needed it. Never chiding, never holding it over someone’s head. Even “Baby Don’t Get Hooked On Me” stood as a warning to a girl who was a good hang about being a guy she didn’t wanna think about as a long term prospect. In someone else’s hands, the song would’ve been an arrogant brush-off, but for Davis with those Raphael-like curls, it was a gentle landing from a tall summit being prescribed.

Music is the universal language, and love is the key
To peace hope and understanding, and living in harmony
So take your brother by the hand and come along with me

Lift your voices to the sky, tell me what you see

And then – after a couple years of music man tv variety show a la Campbell, John Denver, Andy Williiams, even Sonny & Cher – came “North Dallas Forty.” Playing a seasoned quarterback who was resolute and philosophical about the game, privileges and realities of being a sports hero, the songwriter/pop music star’s  cool quotient went through the roof.

Somewhere between DGAF and Ferris Bueller, Seth Maxwell was low to the ground and never one to let anyone see him sweat. With just enough drugs, booze, profanity and women, it was a pretty unflinching look into big time sports that candy-coated nothing.

Just as tellingly, the earthy part of who a man is at his most venal permeated Davis’ performance. Opposite Nick Nolte, Dabney Coleman and Charles Durning, the bar was set pretty high.

Playing a flawed character, but one of modern heroics, the smiling guy from the variety show and so many PGA golf tournaments imbued Seth Maxwell, the peacock quarterback who knew the deeper aspects of his sport, with both swagger and a humanity bolstered by conflict.

It’s just a football movie, one could argue. But back when storyline, conflict and tension were key to film-making, “North Dallas Forty” sought to illuminate larger truths about a flashy game America was making its new religion. Like his songwriting, where there was often gritty truth beneath the indelible hooks, the performance showed how much of the world Davis had absorbed. Right down to knowing sometimes getting by can be an awful place to be.

The complexity is part of what fascinated Davis.

Once upon a time, a young kid from East Tennessee at the beginning of his career was in Hollywood for business. A mutual friend introduced him to Davis, and it wasn’t long before he was invited to stay at their house when he was in California. It was a place he would visit, a home in the storm of chasing the fame – and an opportunity to talk songwriting, inspiration and what it all means.

A small town kid, Davis found the highest reaches of what music can give. Rather than swelling up with selfishness, he opened his home to young artists coming up, reveling in new waves of creativity and the love of the game.

He had a beautiful wife of 38 years, children, grandchildren, joy and generosity. Family was something that didn’t just endure, but sustained – and the fertilizer that made “Stop and Smell The Roses” so sweet.

That sense of humor, the curiosity informed a willingness to come out and be seen, but never overshadow the others in the room.

Sometimes my life is measured by watching others, seeing how they move through the crowded halls or talk to people I’ll never know. Mac Davis was one of those: seen from the distance or up close in the conversation next to mine. He had a laugh you’d like to shower in, and a smile – all these years later – that said, “Amen! This is the place to be…”

He appeared a little late at that small town kid’s 40th birthday party, slipping in so as to keep the focus on my friend. By then, Kenny Chesney was selling out stadiums by the handful, had won a few Entertainers of the Year Awards and was well on his way to a second greatest hits… But that wasn’t the point of his showing up. Mac Davis came to see his old friend, a kid who’d done well, but someone who’d become part of his family on a threshold where he could celebrate a life-marker because life is what mattered.
The hug they shared was profound. Friend*family*force of love.

More than money, more than fame, more than hit movies, tv shows or songs, the delight of seeing a buddy in the middle of a celebration made his light shine. Having spent more time in Nashville, co-writing and seeing friends, sometimes you’d see him coming out of a restaurant or event, often with Lise, his equally beautiful, equally in love with life companion.

The irony of Davis, with the smoky voice that could be seductive, droll or friendly, was that if you looked at his songs, it was always about bringing people together, giving them love and helping them find the joy that defined his life. Simple stuff, and yet, that’s where it gets tricky. Still, the man who wrote “I Believe In Music” pretty much lived it every single day of his life. 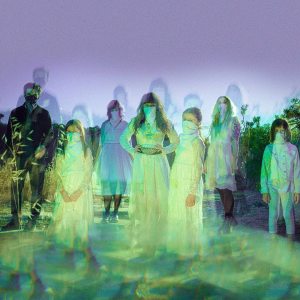 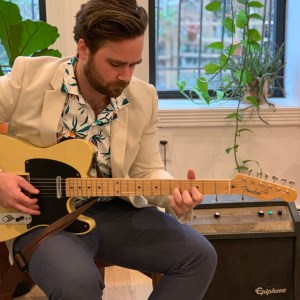