Today, Trey Powell shares a driving, country-inflected cut called “Fits and Starts,” premiering below. It’s a lo-fi ode to love at first sight, as well as the second single off the Brooklyn musician’s debut album as Post Fear.

“When I first wrote ‘Fits and Starts’ it was a slow, simple acoustic song, which in some ways is more apt for the story it’s telling,” Powell tells American Songwriter over email. “It’s about that fleeting moment where you really see someone for the first time, whether it’s a stranger or someone you’ve known forever, and you feel something for them in a way you never have before. Maybe it’s love, or lust or longing, but, whatever it is, it’s also clearly one-sided and unreturned. They step into that light, and, just as quickly, step out of it.”

Powell says the song evolved considerably from its first to final stages. “As we sunk deeper into the pandemic,” he explains, “the song took on an additional layer of meaning for me when I realized how much I missed being out in the world with others and how lonely and isolated I felt in a way I never have before. The feeling bordered on denial and anger as much as it did loneliness so as I sat down to start recording each time I played it it felt like the track got a little faster and a little louder until it became a full-blown rock tune. At its heart it’s still a simple little song about a broken heart, but it kind of took on a life of its own due to the current state of the world and our new way of having to live.”

“Fits and Starts” comes after Post Fear’s previous single “Please Call After Me.” Both will appear on Prior Art, out later this month.

“I have been wanting to record the songs that became Prior Art for a really long time,” says Powell, who’s best known as the frontman of Brooklyn’s Southern Gothic / roots rock outfit A Valley Son. “Some of the tunes on the record are many, many years old from my early years in New York that never found a home in any of my other bands, while some are brand new, written while in quarantine. I had also wanted to do something on my own for a really long time. I’ve been extremely lucky to have been part of a few great bands with great friends, but for once I wanted to make something on my own that fully explored and allowed space for all the weird paths I wanted to go down in the past but always felt too scared or unable to pursue.”

Prior Art sees Powell wandering down those weird paths over nine songs that he wrote, recorded, produced, and arranged by himself.

“I ended up working really closely with a buddy of mine on the West Coast, Ryan Lee at Paradise Garage Studio, and he took the tracks and added a ton of mixing and mastering polish (and some harmonies!) so the entire recording and production process happened virtually from our respective bedrooms,” says Powell. “This format was such a departure from any recording experience I’ve had before because I’d always been in actual studios, making music with others in real time, but this was such a liberating experience being able to take as much time as necessary to really focus and experiment and let songs take on a life of their own.”

The album’s title was derived from a legal term about “who owns ideas.”

“When I was thinking about a name for the record and what the grouping of songs meant to me, I thought about how old some of the songs were and how far they’d evolved from their beginnings to how they came out on the record,” recalls Powell. “That combined with the underlying thematic elements of the stories made me feel this record was simultaneously something new and fresh for me and spoke directly to the entirely unprecedented world event we are experiencing, while also being fundamentally anchored by ancient ideas—isolation, loneliness, unrequited love, etc—that have been covered time and again.”

“Prior Art is about how even in these unique, unprecedented times there’s still nothing new that we need or want,” Powell continues. “We want to be together and we want to be fulfilled and healthy and safe. So this work is new in ways, but ultimately it’s still prior art. The ideas are fundamental and I don’t claim that they’re anything other than that.”

“Fits and Starts” is out October 1. Prior Art—out October 23—is available for pre-order here. 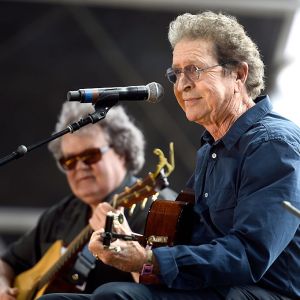 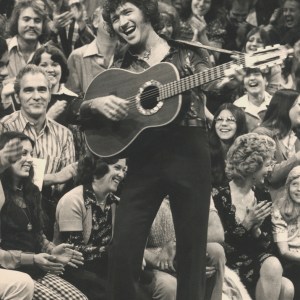