We’re 35 years burning down the road from Bruce Springsteen’s most complex anthem. The title track and emotional centerpiece of an album that catapulted The Boss to levels of superstardom that few rock stars have ever witnessed, “Born In The U.S.A.” is still as captivating and elusive as ever, pulling the listener in several seemingly conflicting directions with its combination of rousing music and piercing lyrics.

Even after so much time has passed since its release, the song is still a hard one to wrangle into a simple interpretation. Are we meant to focus on the lyrics and their searing castigation of the way that America treated its Vietnam veterans upon their return from the war? Or is the music supposed to carry the load, spurring us to put our hands over our hearts and salute Old Glory?

To get some semblance of an answer, it’s helpful to look back at the somewhat convoluted history behind the song’s writing, recording, and public reception. In early 1982, Springsteen settled down in his home studio in New Jersey with an acoustic guitar and a four-track recorder to demo a series of songs, one of which was “Born In The U.S.A,” for possible inclusion on a future album with the E Street Band. When he assembled the band to try to record electrified versions of the haunting demos, Springsteen came to the realization that the original takes better captured the harrowing essence of the lyrics. As a result, those demos were released as the album Nebraska, which would gain universal acclaim for its stark, uncompromising reflections on life in America.

“To me, it was a dead song. Clearly the words and the music didn’t go together.” – Jon Landau

“Born In The U.S.A.”, however, was held off the Nebraska album because Springsteen and manager Jon Landau felt that it wasn’t the right fit for the album. In fact, Landau didn’t think much of the song at all, which is why he was stunned when Springsteen called for the song to be given a full-band treatment when sessions for what would become his next album picked up in the spring of ’82.

“To me it was a dead song,” Landau told Springsteen biographer Dave Marsh. “It was one of the lesser songs on the Nebraska tape. Clearly the words and the music didn’t go together.”

But Springsteen had a grander vision for the song that the band realized in a magical studio take. Roy Bittan’s synthesizer riff is like a rocket launcher that keeps propelling the song into the heavens, while Max Weinberg’s drumming, especially the wild, improvised rolls that he pulls off in the instrumental break, is pure adrenaline.

As opposed to the hushed mumble from the acoustic version (which can be found on Bruce’s 1998 outtakes compilation Tracks), Springsteen’s vocals are shouted with reckless defiance on the electric track. He plays the part of a Vietnam veteran, who tells in concise, impactful language a life story that begins with a painful childhood, continues through a troubled adolescence, and segues into a stint in the war.

Any hopes that a grateful nation would effect a change in his fortunes upon his return home are doused when he receives clichés (“son, if it was up to me”) from potential employers and condescension (“son, don’t you understand now”) from the folks at Veterans Affairs. This betrayal is made even more bitter when he considers the futility of his war efforts and the enormity of what he has lost: “Had a brother at Khe Sahn fighting off the Viet Cong/ They’re still there, he’s all gone.”

All of this evidence would seem to classify “Born In The U.S.A.” as pure protest material. Yet when the song was released in 1984 (eventually becoming a Top 10 hit in America when released as a single), conservative pundit George Will latched on to the chorus and praised Springsteen’s values, eventually leading President Ronald Reagan, then running for re-election, to give a shout out to Springsteen in a campaign speech.

Bruce would denounce this political opportunism with concert speeches which made it clear his own political views in no way aligned with the President’s. But the question remains whether people can be blamed for getting swept up in the emotional pull of the music and feeling the patriotic sway. After all, there’s a reason that “Born In The U.S.A.” has long been a staple of 4th of July fireworks display soundtracks.

Those who say that Springsteen was trying to be subversive are probably missing the point as well, since he wasn’t trying to sneak these harsh rebukes by; he belts them out as loud as he does the chorus. The song spurns patriotism that is no more than blind loyalty and acceptance of all the government does.

To be patriotic, Bruce Springsteen suggests with the song’s unsparing story, requires devotion to the standards on which the country was founded. When we as a nation fail in that regard, anyone singing along to the massive refrains of “Born In The U.S.A.” must do so with a sense of ironic disgust instead of swelling pride. 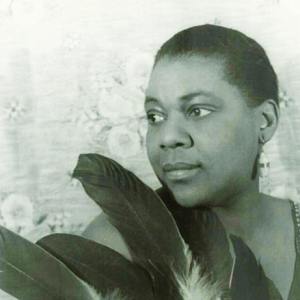 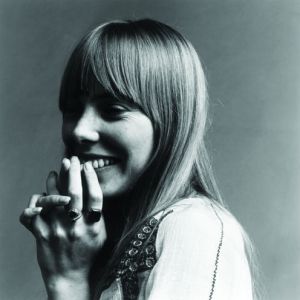