The Irish rock band U2 is one of the largest names in rock ‘n’ roll and was originally known for its post-punk appeal. The band’s sound has developed over the near 50-years they have been around, yet their ability to produce meaningful anthems and ballads remains. The type that fills stadiums but still touches the individual person.

With U2’s longevity in mind, the band couldn’t possibly have had the same name all of these years. And it didn’t. The group actually had two different names before they arrived on U2. What were the other band names? How did they decide on the name U2? Let’s find out.

U2 is fronted by lead singer and rhythm guitarist Bono, and David “the Edge” Evans joins him on lead guitar, keyboards, and backing vocals. Also in the band is Adam Clayton on bass and Larry Mullen Jr. mans the drums. Originally U2 had two other members in the band, Dick Evans and Ivan McCormick, who left in the very early days of the band.

The musicians formed the band in 1976 when they were teens at the same school in Dublin, Ireland. Larry Mullen had posted an ad to their school’s announcement board as a drummer who wished to form a rock band. Once the ad was answered and the group established, they practiced in Mullen’s kitchen in Artane, where they hardly had any musical experience.

According to U2’s website, they decided on the name “Feedback” because it was one of the few musical terms they knew. The band later switched to the name “The Hype,” but in an interview with BBC, they revealed The Hype sounded unoriginal.

In the same interview, Bono and the Edge discussed the origins of the name U2. They explained that a friend curated a list of names for them, and they chose U2 because they hated it the least. Bono remarked that the name gave off “futuristic” images of “the spy plane” and “the U-boat.” He continued to say that “it turned out to imply this kind of acquiescence” but surprisingly he still doesn’t like the name.

Four years later, the band signed with Island Records and released Boy in 1980. Their next album War (1983) would reach the number one album in the U.K. Songs like “Sunday Bloody Sunday” and “Pride (In the Name of Love)” branded U2 with political and social dedications. Their 1987 album The Joshua Tree launched them to international stardom as “With or Without You” and “I Still Haven’t Found What I’m Looking For” became number one in the U.S.

The band has released 14 studio albums altogether and has won 22 Grammy Awards. They were inducted into the Rock and Roll Hall of Fame in 2005. The band recently released a new single “Your Song Saved My Life” for the Sing 2 movie and has gone eight years without downloading an album to your phone. 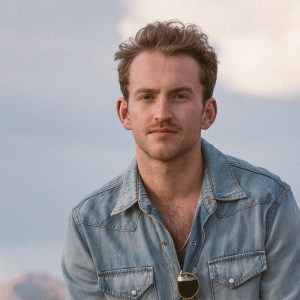