In 1976, hidden behind lush Victorian drapes, atop a black velvet bed in the back studio of Sausalito’s Record Plant, a devastated Stevie Nicks sat alone at a Fender Rhodes piano. The master lyricist, beloved as a folk-rock matriarch, spilled her heartache into “Dreams.”

The hit record was excruciatingly revealing. The masterful collection elevated the influential rock quintet to the iconic group whose music would forever mark the evolution of folk. While Rumours climbed charts in 1977, the walls were crumbling around them.

Behind the scenes of the fanatical album release, a troupe of friends and lovers was unraveling.

Bassist John McVie was separating from his wife, Christine McVie, the pianist and a singer. Further fueling the flame, Nicks and guitarist Lindsey Buckingham were navigating a one-sided break after almost a decade together as romantic partners and bandmates.

The two joined the McVie’s and founding member, Mick Fleetwood, in 1974 when they recruited Buckingham as a guitarist. Insisting the duo was a “package deal,” Nicks’ arrival to Fleetwood Mac marked what is now considered the classic line-up of the continuously evolving band.

Omniscient tension seethes through the opening lines. “Now here you go again / You say you want your freedom,” Nicks sings, suggesting a turbulent relational past. “Well, who am I to keep you down?”

The song continues down a dark lyrical path, exploring hypothetical loneliness for the perpetrator. Disguised behind dynamic beat-driven production, the painstaking notions were undoubtedly pointed at Buckingham.

Nicks’ “crystal visions” of his future regret were a natural part of her healing process but could be interpreted as bitter contempt. If the song were a fit, he would then record and perform it on stage with the woman he separated from romantically.

“I walked in and handed a cassette of the song to Lindsey,” Nicks told The Daily Mail in 2009. “It was a rough take, just me singing solo and playing piano. Even though he was mad with me at the time, Lindsey played it and then looked up at me and smiled. What was going on between us was sad—we were couples who couldn’t make it through. But, as musicians, we still respected each other.”

Buckingham met the moment with his perspective, an insultingly variant approach to the split with “Go Your Own Way.”

When Fleetwood Mac released Rumours, “Dreams” reached no. 1 and remained for a week on Billboard’s Hot 100 in the United States. It sold over a million copies and topped the singles charts in Canada and the United Kingdom. Since then, “Dreams” has also reentered the charts multiple times, as recently as 2018 and 2019 in the UK, New Zealand, and Ireland.

Last month, 43 years after its agonizing birth, “Dreams” landed once more on the US Billboard Hot 100. A TikTok video created by Nathan Apodaca, known on the sensational social platform as doggface208, single-handedly revived the classic that reentered the Hot 100 chart this week at no. 21.

The 20-second clip features Apodaca on a longboard, Ocean Spray Cran-Rasberry juice in hand. He blissfully cruises along a busy interstate while the song balances the roadway’s chaos with his evocative calm. Pulling straight from the plastic bottle, Apodaca lip-syncs along with Nicks’ illustrious warning to her former lover: “It’s only right to play the way you feel it, but listen carefully, to the sound of your loneliness.”

Adding to the momentum, Mick Fleetwood humored the internet-world with his take on the clip, joining the viral “Dreams Challenge.” The backdrop is more lush, and his longboard form is a bit rusty, but Fleetwood’s rendition amplified the virality.

On Tuesday, October 13, Nicks herself made a TikTok debut. Sans skateboard, Nicks laces up a pair of roller skates next to a spinning vinyl record. Behind her, of course, is a jug of Ocean Spray captioned: “Afternoon vibe. Lace ’em up!”

Following the rapid spread of the video, during the three-day tracking from September 25 to 27, “Dreams” tallied 2.9 million on-demand US streams and 3,000 in digital download sales—a spike of 88.7% and 374%, respectively, according to Nielsen Music/MRC Data.

According to the same data, “Dreams” last week garnered its best-ever weekly US streams and download sales totals: 13.4 million streams and 22,000 downloads sold.

TikTok has proven its power in sensational global sharing of music. “Dreams” is one of many instances of songs pulled from catalogs being featured on the platform. Songs like Matthew Wilder’s 1984 hit “Break My Stride” Simple Plan’s 2002 debut “I’m Just a Kid” reemerged on various Billboard charts over the last year, but none are quite as old or have charted as high as Fleetwood Mac’s “Dreams.”

The re-introduction of the classic break-up track to a platform composed largely of a new generation begins a new era of interpreting the Laurel Canyon legacy. The multi-decade-spanning thread of enduring love and loss invites listeners of all ages into a familiar emotional space.

“Love affairs are timeless, I mean, they don’t change,” Nicks shared during a radio interview. 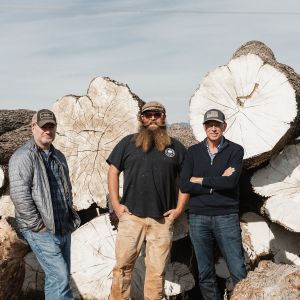 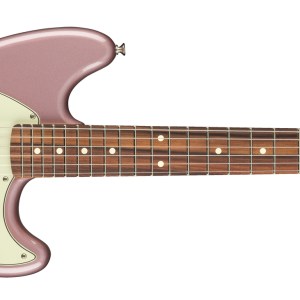