In the summer of 2019, Brad Arnold looked out into the crowd and noticed a bunch of kids, hands up in the air, singing along to “Kryptonite,” a song released nearly 20 years earlier—when these younger concertgoers were likely not even born—on 3 Doors Down’s debut The Better Life in 2000.

“There were probably 10,000 people at the show, but in the first 150 feet of the crowd there wasn’t anyone that wasn’t over the age of 18,” says Arnold, still proud of the reach of the band’s 2000 hit. “They were just jamming to ‘Kryptonite,’ and when the song got over, I was just laughing. I was like, ‘yo, that’s so awesome.’ I said ‘that song is older than every single song person here.’ Those kids’ parents were playing it, so they have been hearing it their entire lives.”

Written by Arnold while he was in his high school algebra class—where he tended to write most songs for his band—in his native Mississippi nearly 30 years earlier, “Kryptonite” started with a drum beat that Arnold tapped out on his desk. Taking the song to band practice, he worked plugging in guitar parts and drums in former bass player Tod Harrell’s living room. “Kryptonite” was born.

Ultimately, “Kryptonite” is about friends. Named after the fictional mineral property that was Superman’s weakness, “Kryptonite” took on a more omnipotent effect as a song, Arnold’s narrative of the people that pick you back up when you fall.

I watched the world float to the dark side of the moon
After all I knew, it had to be something to do with you
I really don’t mind what happens now and then
As long as you’ll be my friend at the end

Thinking back to those kids in the audience, chanting through the “Kryptonite” chorus—If I go crazy, then will you still call me Superman? / If I’m alive and well, will you be there and holding my hand? / I’ll keep you by my side with my superhuman might—Arnold is still grateful for “Kryptonite.”

The band’s first single, getting its first play on a Biloxi, Mississippi radio station 97.9 WCPR-FM and reaching multi-platinum status upon release, changed the trajectory of the band. Generation after generation, Arnold says “it never gets old.”

“Sometimes I get tired of singing it,” admits Arnold. “It’s hard, because you might tend to autopilot, but in doing so it allows me to kind of just look out there and see the audience.”

The band recently celebrated the second decade of the The Better Life, which also spawned hits “Loser” and “Be Like That,” with a special 20th anniversary reissue of the album.

“It’s hard to believe it’s been 20 years since we released The Better Life,’” says Arnold. “That album drastically changed our lives.” 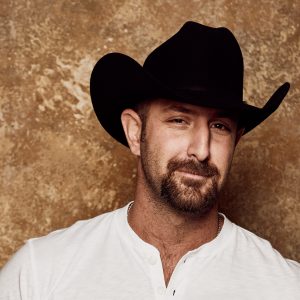