If you only listened to the Rolling Stones’ singles, you’d have a blueprint for rock and roll in all its glory. But for every “Miss You,” “Satisfaction” or “Sympathy For The Devil,” there are five album tracks that are equally worth your time. Here’s twenty of the best; may they gather no moss.

Sticky Fingers was the first Stones album featuring new guitarist Mick Taylor, who brought his stunning technical proficiency and innate blues chops to the proceedings. He’s the only guitarist that can be heard on this track, and his solos in the middle and at the end ignite the song. Much credit also goes to Charlie Watts’ backbeat, which mirrors the song’s title and sways in alluring fashion. Mick Jagger’s moans and groans about “demon life” are quite affecting, especially when he’s saved by a girl and “a corner of her smile.”

Featuring one of the band’s most evocative intros ever, with Nicky Hopkins’ plinking piano giving way to Bill Wyman’s bass and Keith Richards’ chunky riffs, this mesmerizing rocker found on Let It Bleed has been a godsend to TV and movie directors looking for just the right music to symbolize decadence and debauchery of the highest degree. Jagger does his very best simian impersonation in the fade-out and also delivers some of his most hilariously accurate lyrics, including this memorable mouthful: “Well, I hope we’re not too messianic/Or a trifle too Satanic.”

Exile On Main Street is the album where the Stones completely transcended their influences. On “Loving Cup,” bits of gospel, country, and R&B can be heard throughout, yet it’s the band’s personality that ultimately leaves the biggest impression. Listen to the way Charlie Watts’ drums never leave the pocket yet practically dance along with horns in the fadeout, or the way the harmonies evoke the bucolic life that the lyrics so winningly depict. All of that lifts what might have been a non-descript song into the ether.

Although most people would envy their lifestyle, the Stones have never been shy about showing its downside. “Sister Morphine” is a harrowing portrait of the drug culture, as the narrator beseeches his personified drugs of choice, cocaine and morphine, to show him some mercy. The song was recorded during the Let It Bleed sessions featuring special guest Ry Cooder on slide guitar, but wasn’t released until Sticky Fingers came out in 1971. Marianne Faithfull got a co-writing credit with Jagger and Richards.

It’s easy to forget, considering that Keith Richards’ lovable mewl has been a constant on Rolling Stones’ LPs for so long now, that there was once a time when Keith provided nothing but backing vocals. His first true solo came on this slow-burner off Let It Bleed. Besides its historical importance, the song is an excellent example of Richards’ strengths as a songwriter and singer. His lyrics seem simple until they sneak up and hit home, while his wounded croon expertly projects vulnerability.

The Stones’ output from the ’80s on often suffers by comparison to what has come before (but, then again, whose output could stand up to that legacy?) Some of the most reliable pleasures in that time, however, have occurred when Richards takes on his obligatory ballad on each album. This slow one that closes out Steel Wheels is a real gem. Keith isn’t mourning a lost love here so much as he’s mourning lost time. It’s an affecting bit of self-reflection that seems far more accurate than the Keef caricature.

This song is one of the sublime leftovers that made Tattoo You such a revelation upon its release in 1980. It was intended for 1975’s Black And Blue, which is why part-time guitarist Wayne Perkins plays lead on the track. It’s a good thing the Stones picked it off the cutting-room floor, because it features killer Jagger/Richards vocals in the chorus and some of Mick’s most endearing falsetto singing in the verses. Put it all together and it adds up to one of the most soulful songs in the Stones’ imposing catalog.

The dominant instrumental touch on this weeper off Beggars Banquet is Brian Jones’ slide guitar, one of the last major contributions that Jones made to the group before his death in 1969. This is the band at their most understated and melodic, a side which they often used as an elegant counterpoint to their harder-rocking material. Jagger’s forlorn lyrics are some of his best. The narrator knows that there is no more hope for rekindling his former love, yet that knowledge can’t alleviate his overpowering sorrow.

The Stones have done their share of road anthems, but few contain such a sublime mix of nostalgia and melancholy. It often gets overlooked because it appeared on Black And Blue, a transition album that saw the group auditioning guitarists to replace Mick Taylor. Although Ronnie Wood got the permanent gig, Harvey Mandel takes the lead here and does a great job. Jagger perfectly embodies the road-weary narrator, while Richards provides some counterpoint. Heck, this would have made the list if only for the “sha-la-la” backing vocals.

[RELATED : Behind The Song: The Rolling Stones, “Satisfaction”]

It’s a pretty disturbing set of lyrics that accompany this lengthy track off Let It Bleed, but such violence has been part and parcel of blues songs for as long as they’ve been in existence. In truth, Jagger’s tale of a home-invading miscreant pales in impact next to his breathless harmonica-playing. Meanwhile, the rest of the band handles tempo shifts and loud-to-soft dynamics with virtuosic dexterity and innate feel. Even after almost seven, relentless minutes of playing, the boys seem like they’re just getting warmed up.

The closing song off Beggars Banquet is, on its surface, a pledge of goodwill to the faceless millions who don’t usually receive tribute from rock bands. Yet Jagger is honest about his own inability to relate to those folks: “They don’t look real to me/In fact, they look so strange.” Nicky Hopkins’ piano and the Los Angeles Watts Gospel Choir provide the uplift at song’s end. Jagger and Richards memorably performed the song at the Concert for New York in the aftermath of 9/11.

The song may be titled “I Got The Blues,” but it’s really a stellar exercise in soul balladry. There’s a lot to like in the music, from the expertly employed horns to Billy Preston’s terrific organ solo to the guitars which sound like they can barely withstand the sorrow. Yet this song belongs to Jagger’s fantastic vocal performance. He doesn’t overdo it; he simply sings the daylights out of this one from Sticky Fingers by sticking tight to the melody and exposing his wounded heart.

Imagine the Stones’ playing drunk on a back porch and you’ll get the idea of this ramshackle winner off Exile On Main St. Of course, it takes some real talent to sound soused and still produce a song so unforgettable. Credit goes to the refrain and the harmonies within it, performed by a passel of backup singers that included Dr. John. Bobby Keys’ sax solo is equally indispensable, and Jagger’s vocal performance is one of his most charming.

There are two Stones songs rolled into one on this Sticky Fingers classic. First, there’s the ferocious rocker driven by one of Richards’ most unsparing riffs ever, spurring on the rest of the band to pick up the relentless vibe. About three minutes in, things shift drastically into a free-form, congo-driven jam. Bobby Keys gets the first word with a nifty sax solo before Mick Taylor lets loose on an extended solo that shows why he was such a valuable weapon during his time with the group.

Granted, Their Satanic Majesties Request is a bit of a mess, proof that the Stones should let The Beatles be The Beatles. Yet it did yield a few excellent tracks, chief among those this droning, hypnotic wonder. Brian Jones is at his mad-scientist best, conjuring up all kinds of effects from a variety of keyboards. Jagger’s lyrics, seconded by the ominous music, capture the dark side of psychedelia, as the narrator warns of an ever-widening gap between the tripped-out abyss and a comfortable home.

The band’s affinity for country music was sometimes rendered with a little too much tongue in cheek, especially on Jagger’s part. They get everything just right in this track off Sticky Fingers, even if they’re still having a bit of a laugh. With Ian Stewart’s honky-tonk piano driving the bus, Mick portrays a seedy sort who keeps “ragged company” and doesn’t fit in with his former lover’s posh lifestyle. Luckily, he’s got his good buddy Richards to join him in raucous harmony in the refrain.

[RELATED: What is the Meaning Behind The Song: The Rolling Stones, “Wild Horses”]

Even though Jagger wrote this song from Exile On Main St. back in 1968, it seems like it was intended as a sendoff to Brian Jones, who died a year later. The keyboards of Billy Preston are essential to the gospel flavor of the recording, while Mick gives a spirited performance. Even as he helplessly watches his friend falling victim to his demons, his final wish for him is apropos: “May the good lord shine a light on you/Make every song your favorite tune.”

It’s hard to believe that the Stones didn’t choose this fantastic track off Beggars Banquet for a single. Every part of the band is on fire, with Bill Wyman and Charlie Watts hooking up for an effortlessly funky rhythm, Richards providing the striking electric slide, Nicky Hopkins pounding out soulful piano runs, and Jones adding the soaring mellotron effects. As all these puzzle pieces come together, Jagger contributes Dylanesque lyrics that detail an entire world full of outcasts, a world which includes his very own band.

Even though this track of 1966’s Aftermath was never released by the band as a single, it sure feels like one considering all the airplay it has received over the years. The Stones have also received a lot of heat for the misogynistic tone of the lyrics, criticism which ignores that the song isn’t intended to be a factual representation of their view of women and shouldn’t be judged as such. It’s best to focus instead on Bill Wyman’s bouncy bass line while Brian Jones adds just the right exotic touch with his prominent marimba part.

Even though Richards doesn’t play on the finished track, “Moonlight Mile” was built from the bones of a vaguely Oriental-sounding instrumental track he composed, eventually becoming a ballad as ambitious as anything the Stones have ever recorded. The strings and Charlie Watts’ thumping toms create the lovely atmospherics and Jagger does the rest, painting a portrait of loneliness (“I am sleeping under strange, strange skies”) and distance (“I’m just about a moonlight mile down the road”) that resonates far beyond any rock-star-on-the-road clichés. 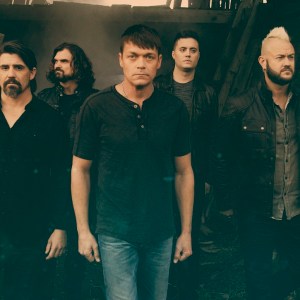