In 1989, the B-52s – singer/keyboardist Kate Pierson, singer Cindy Wilson, singer Fred Schneider and guitarist Keith Strickland – released Cosmic Thing, their first album since the death of founding guitarist Ricky Wilson (Strickland had previously been the band’s drummer). The album featured the song “Love Shack,” which ended up becoming the band’s signature song at a time when the band members were getting older and probably weren’t expected to have a hit song left in them, much less one that would become a hit single all around the world.

Credited to all four band members, “Love Shack” repositioned the group as a relevant commercial and creative force. Pierson (the redhead) is today the proprietor of Kate’s Lazy Meadow, a rustic lodge in New York’s Catskill Mountains. Saying that some people think her Lazy Meadow property is the “Love Shack,” she recounted a few details behind the song’s origins in a documentary by Top 2000 a gogo on Dutch Public Television in 2019.

“The idea of the ‘Love Shack’ was just kind of a club out in the, just like a shack out in the country, where anyone could go, inclusive you know, be sexy, be free, dance, sweat, have fun together. If you’re not into that, then stay away, fool [using the line from the song, Sign says ‘Stay away, fools’]. When we jammed on ‘Love Shack’ we had a tape rolling and sometimes it would loop over and over and we would just jam. But there was no chorus – the love shack is a little old place – that happened once. And so Fred and I had a little sort of argument about the chorus, [it] has to happen more. So when we did the chorus a few times it sort of all came together.”

The meaning of the three-word line Tin roof rusted has been pondered by many, but Pierson said there was no hidden meaning. “There’s been wild speculation about what ‘tin roof rusted’ means, and there was a rumor that it meant you were pregnant … or you were drunk … people were like, What does that mean? Well, it’s just literal, in Georgia, there were a lot of cabins, my house outside had a rusted tin roof because it was a funky old shack. $15 a month.”

Pierson also discussed the origin and role of the band’s name around the world. Even though it wasn’t in service until after WWII, the name “B-52” is associated with an instrument of war bombing, which Pierson believes affected sales in at least one country. “Before we started the band, Keith Strickland heard this voice like in his dream, and it’s like, ‘Who are they?,’ and the voice said, ‘It’s the B-52s.’ So he had the idea for the [name of the band], and then the very first tour after we recorded our first record, it was like, Oh we’re going to Japan, this is gonna be horrible, y’know? So we get to Japan and they had these posters made, and it had ‘B-52s bomb Japan!’ And it had like wigs dropping from airplanes. Japan is the only country where ‘Love Shack’ was not a hit, and my theory is ‘cause of the name.”

Pierson is still thankful to have had a hit song that revived the band’s career and helped carry it into the 21st century. “We were an indie band, but having a big hit like that … we really didn’t do anything extra, it’s just, grateful to have that effect. Wow.”

“Love Shack” was one of the first real major productions of bassist Don Was of Was (Not Was), who would go on to produce big-name acts like the Rolling Stones and John Mayer, and is currently the president of celebrated jazz label Blue Note Records. 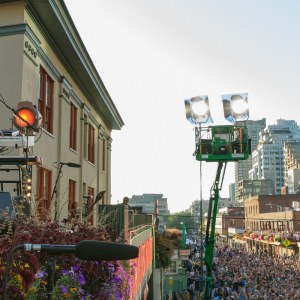 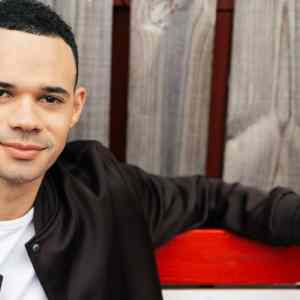