For Jonathan Russell, front man for the oft-jangly rock band, The Head and the Heart, the conclusion of the band’s 2019 performance atop Seattle’s history Pike Place Market, in many ways, represented the beginning of a new era. In that moment, as he and the group, which formed in Seattle in 2009, looked out at the tens of thousands of audience members from atop the market in the setting summer sun, Russell knew that he and the band had done at least a few things right. But he also wondered about their next chapter. To receive a homecoming like that after significant past internal tumult meant that the music had held true throughout. Looking to his right, Russell saw longtime band member, Charity Thielen, weeping tears of appreciation and joy. But Russell, in some ways, felt confused emotionally. Since then, though, Russell’s perspective as it relates to both the music and the group, have only felt more secure, locked-in.

“I remember watching Charity moved to tears,” Russell says. “And I felt like, ‘Damn, what the hell is wrong with me? I don’t have that same connection.’ But in these last nine months [in quarantine], so much has changed.”

One of the shifts in Russell’s life is that he’s given up drinking. While it may never have been a crippling issue for him, there is relief from removing the stuff from his life. Russell also recently got engaged to his fiancé, who is from San Francisco. This fact brings a grin to Russell’s face because San Francisco is, of course, just across the Bay from another city, Oakland, where his The Head and the Heart co-founder, Josiah Johnson, now lives. When the two originally met in Seattle over a decade ago, their creative chemistry burst like dual volcanoes. It was so powerful that Russell, to this day, calls Johnson his “soul mate.” But as the success of the band increased, so did Johnson’s unfortunate substance abuse issues. Johnson, rehabilitated, has since amicably stepped away from the band and, at one point, Russell wasn’t sure if they’d ever connect again.

“It’s funny,” says Russell, “he’s the only guy I’ve ever really talked about in terms of ‘love.’ It’s just so pure and—literally, I think he’s my soul mate. Especially when it comes to music.”

On January 22nd, The Head and the Heart, in conjunction with Amazon Prime, will release the concert film, Rivers and Roads, which features the band’s performance atop Pike Place Market, inter-spliced with interviews and monologues from the members, including Johnson. The film documents the band’s past and present, showcasing the old house in which they would practice and the small bar where many of the members regularly met for a weekly open mic night. For the Pike Place Market performance, the band played nine songs, which, when heard back-to-back, remind listeners of the real craft the group boasts and the true hits the members have made over the years. Russell says the band, since lockdown, has been working on new music that he’s increasingly proud of.

“I think,” he says, “we’ve really accepted where we were and where we came from and where we are now in this current form of songwriting. Instead of being self-conscious, we’re stepping out.”

Over the years, the band has become known for its acoustic, three-part harmony-infused songs. More recently, though, on the band’s latest LP, Living Mirage, the group’s style bent more towards sticky bass hooks. Nevertheless, the band is nimble. Art is not linear. The Head and the Heart has the ability to take left or right turns for the sake of new inspirations and Russell says fans should expect new songs that, at times, encompass the entirety the group’s capabilities. But the group’s new live album concludes with perhaps the band’s most famous song, the titular “Rivers and Roads,” which Johnson wrote years ago late one night (or early one morning). This song is what welled the tears in Thielen’s eyes.

“I used to worry a lot more,” Russell says. “Like, does it feel like patchwork instead of a smooth ride? But hearing it this way, distilled as a group of songs, it does feel cohesive to me. This is the band’s trajectory. This is what the band has done.”

Russell, who was always humming a tune as a kid, grew up on the east coast in Florida and then Virginia. He moved to Seattle with a friend in the late 2000s, leaving a job as a dishwasher for the hope of more music. As a teenager, he mostly looked after himself, reading and writing theory under a tree somewhere. In the Emerald City, he met Johnson at the open mic and the band formed around their creative dynamism. The two honed their craft and their partnership in bars and basements, filling out their songs and gaining an understanding of how to succeed. While so much has happened since, personally, professionally and creatively, most of which is documented in the new documentary, it’s possible the best days for the members of the band (extended and otherwise) are still yet to come.

“I moved to Seattle when I was twenty-three,” Russell says. “Music has brought me in communion with so many people who have become my teachers. I never really thought about how music was the vessel for that before—it’s like the skeleton key.” 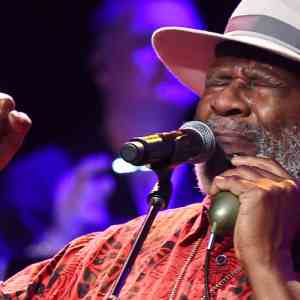 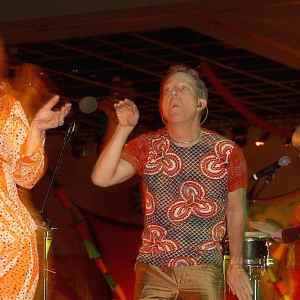