The Eagles were riding high. Coming off the success of 1975’s One of These Nights, which was the country-rock group’s first No. 1 on the Billboard 200, there was a bit of pressure to continue delivering mainstream hits. “We were under the gun to come up with a lot of ideas,” Don Felder, guitarist and songwriter, once told Guitarist Magazine.

“So, I had put together a reel of say 16 or 17 song sketches – in this little reel-to-reel four-track TEAC tape recorder in my back bedroom,” he continued. “And I was sitting on the couch on a July day – in cut-off shorts, a T-shirt and flip-flops – playing guitar and just goofing around in this rented beach house in Malibu.”

Malibu could not have been a more apt backdrop. The iconic, ghost-like chords in the introductory progression came to him first and set the somber mood for what would become among their most well-known hits. “I looked out at the California sunshine sparkling on the Pacific Ocean, and my two little kids were playing in the sand on a swing-set out in front of me, and I just started playing those chords – that introductory progression,” he remembered. “I just played it over and over. And I thought, ‘I have to go record some of this before I forget it.’”

The thematic material – the pressures of superstardom and buying into the rockstar lifestyle – is credited largely to Henley. “Don came up with the concept for ‘Hotel California,’ and once we had that foundation for the album, a lot of other songs came about. When you get into the Hotel California and you have a hit, you’re the new kid in town,” said Felder, “and then once you have a great deal of success in the business, you start living life in the fast lane. Every once in a while, you start to go, ‘Is this all a bunch of wasted time, all the years we’ve sat in bars and turned into parties?’ So the concept came out of that framework.”

Days later, Felder returned to his reel of potential songs and immediately began laying down a foundation with his Rhythm Ace drum machine. He then added a quick mix and sent off a 16-song cassette tape to the band to get their input. “A few days later, I got a call from Henley, and he said, ‘I kinda like the one that sounds like a Mexican-reggae song – that kind of Spanish thing’ – and I knew which track he was talking about instantly.”

Henley was later joined by Frey in fleshing out the lyrics – of “the excesses of Hollywood,” as Felder recalled. Following a one-minute guitar intro, the scene is painted with great, yet simple, detail: “On a dark desert highway, cool wind in my hair / Warm smell of colitas, rising up through the air / Up ahead in the distance, I saw a shimmering light,” sings Henley. “My head grew heavy and my sight grew dim / I had to stop for the night.”

During initial recording sessions in LA, Henley originally sang the song in E minor, which gave him “Barry Gibb” quality quite out of his normal vocal range. The key was changed several times and ultimately landed on the B minor key, “which is not a really fun key to play guitar in,” said Felder.

Joe Walsh, who had previously worked with James Gang and played a pivotal role in founding bands Barnstorm and The Measles, was first deemed “too wild” for The Eagles typical style – or so the story goes. When founding member Bernie Leadon left the band in 1975, Walsh was urged to join by his long-time producer Bill Szymczyk. Hotel California was Walsh’s first recording with the band.

The extended guitar solo clocks in at just over two minutes and features a calculated give and take between Felder and Walsh. In later recordings at Maimi’s Criteria Studios, the pair switched off improvising various parts, but Henley instructed them to mimic the guitar work on the original demo. Unable to remember what exactly that was, Felder “picked up the phone and had to call my housekeeper… and tell her where the cassette was,” he said. “She put it in one of those little Panasonic blasters, played it and held the phone up to it.”

In celebration of the 2017 album reissue, Henley reflected on the process. “Don and Joe sat down and worked on those solos for days. Then… Bill and I did some editing on those solos. Then they relearned the parts after we edited them together,” he told Rolling Stone. “They’ll be pissed at me for saying this, but that wasn’t them just sitting down and spontaneously playing it in one take. That was weeks of work to get there. I’m not taking anything away. I have to give them props. They wrote those solos, worked over those harmony parts for days, then played them over and over again.”

“Hotel California” was released as the album’s second single in early 1977 and later peaked in May at No. 1 on the Hot 100. It became the band’s fourth chart-topper and would earn them the 1978 Grammy Award for Record of the Year – beating out Barbra Straisand (“Love Theme from A Star is Born), Linda Ronstadt (“Blue Bayou”), Crystal Gayle (“Don’t It Make My Brown Eyes Blue”) and Debby Boone (“You Light Up My Life”). 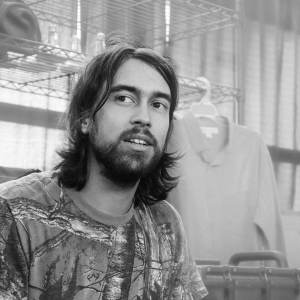