This article originally appeared in the July/August 2008 edition of American Songwriter.

There was a time in the very recent past when musicals were decidedly uncool. Many considered the genre dated. But a funny thing happened on the way to this supposed demise; shows and films like Chicago, High School Musical and Hairspray, and soon TV’s Hannah Montana, became breakout hits.

Suddenly, thousands of students all over the country—even the football players—were auditioning for High School Musical, and one of America’s strongest cultural contributions, the musical theater, was alive and kicking once again.

A vital link in the chain between the Golden Age of musicals (‘30s, ‘40s and ‘50s) and their new resurgence is Disney composer Alan Menken. By writing the music for 20 years of hit movies—including Beauty and the Beast, Aladdin, The Little Mermaid, Pocahontas and last year’s Enchanted—Menken help keep the genre front and center in the public consciousness, in an era when few other musicals were hits.

“It’s very exciting,” Menken says of his contribution to this renewed appreciation for the form. “Sometimes I get a little afraid that I’ve encouraged a generation of young people…and what’s going to happen when they all starve? That includes my own daughter, who is studying musical theater.

“But seriously, it’s incredibly gratifying that audiences respond to musicals again. That gives me a real sense of fulfillment.”

It has also given the Academy Award voters a real sense of pleasure—Menken has won a whopping eight Oscars, the most of any living person. Four times, he won in both the “Best Score” and “Best Song” categories:

To put Menken’s eight Oscars in perspective, consider that just one actor or actress (Katharine Hepburn) even won four; only one director (John Ford) won four. The only person who ever won more Academy Awards was another composer, Randy Newman’s uncle, the late Alfred Newman; Newman won nine.

But the magic of Alan Menken’s music cannot be captured by numbers. Only through listening to his songs and scores do we get it. For instance, grab a copy of “A Whole New World,” “Colors of the Wind” or the superb opening number (“True Love’s Kiss”) from Enchanted, a film which earned him three more Oscar nominations this year.

All of this music sounds contemporary, but nonetheless takes listeners back to their own childhood—a childhood where Disney’s classic musicals played such a fond part. These were pictures like 1941’s Dumbo, or 1940’s Pinocchio, which introduced Ned Washington and Leigh Harline’s “When You Wish Upon a Star,” still Disney’s signature song.

When Menken began film-scoring at Disney nearly 20 years ago, the tuneful magic had almost disappeared from the Magic Kingdom. “When I came aboard at Disney, Howard Ashman and I reintroduced that style,” Menken says. “We said, ‘Here are some things that are intrinsic to Disney.’ ”

The management team then in place at Disney, including Michael Eisner and Jeffrey Katzenberg, happily agreed with this concept. “Their job was reinventing Disney,” Menken says. “And there was one common denominator throughout this whole process: Roy Disney (nephew of the late Walt Disney).

“Disney is as much a concept as anything else,” he continues. “It’s a major powerhouse as a company. When we think of Disney, we think of it as innocent and sweet and oriented towards kids. But primarily, the company is very smart…it values songs, and it values music. Arguably the only company that competed with Disney in that [area]…over the long, term was MGM.”

Metro-Goldwyn-Mayer was the home studio of many top movie musicals of the ‘40s and ‘50s—many directed by Vincente Minielli (Liza’s father). Ted Turner later purchased the entire MGM catalogue.

“As you know, there’s no way to separate our experience from our own childhood,” Menken says. “Each song affects us personally, and those Disney songs were written by people who believed in the form…and believed in the characters and the storytelling. I never had a sense that they wrote, down, for the audience.”

He continues, and this is a key to understanding Menken’s genius: “I never write for kids,” he acknowledges. “I write for me. I write for myself. I want to tell a story. I want to make those kids feel like I felt when I saw those earlier movies. Part of that is reacting to a cynical world—and making it a little less cynical. I want my kids to grow up in the same world we all experienced in the 1940s and 1950s, and to create that fantasy.”

For a guy who has become one of the most successful film composers in history, Menken didn’t grow up a student of film music. It wasn’t until hearing John Williams’ dramatic score for 1977’s Star Wars, which Menken calls “the movie equivalent of The Beatles,” that he started paying attention.

By that time, he had graduated from college and married Janis, a former ballet dancer. He was an outstanding pianist who was trying to write songs and musicals in New York—with little success. As a favor to his parents, he auditioned for BMI’s Lehman Engel Musical Theater Workshop. He wasn’t the typical candidate.

“I had hair down my back, torn jeans and a hippie vest,” Menken recalls. “I played some songs in the audition that were semi-coherent, and Lehman turned to me and said, ‘You’re in.’”

Engel, known as the Dean of American Musical Theater, had teamed with BMI in 1961 to found this elite, two-year course. He passed on in the ‘80s, but to this day, the workshop remains a prime training ground for students and professionals hoping to break into the hyper-competitive world of Broadway musicals. Recently, Menken attended the opening of the Broadway version of his Disney film, The Little Mermaid.

STAR OF STAGE AND SCREEN

Menken and lyricist Howard Ashman, who died in 1991 at age 40, teamed up on Little Shop of Horrors, first an off-Broadway hit and then a 1986 film with Rick Moranis and Steve Martin. It wasn’t a Disney film, but it earned Menken his first Oscar nomination.

The team of Menken/Ashman also wrote the Oscar-winning The Little Mermaid and Beauty and the Beast, both for Disney. Ashman was very sick with AIDS the year before he died, and that entire period was extremely difficult on Menken. But by the time Ashman passed, Menken says, “I knew I had the confidence to be captain of the ship.” Versatility—the ability to work with many very different and very famous lyricists—would soon become a Menken trademark.

“Once I sit down at the piano, I consider myself a bit of a chameleon,” he says. “I like to reflect the person I’m in the room writing with. One of the reasons I like different lyricists is that they reflect different dimensions of my career. I like to think I’m a fairly easy personality, and I’m able to deal with people who are pretty tough personalities. I do my speaking through my work.”

Menken and Ashman were halfway through Aladdin when Ashman died; Tim Rice, whose earlier hits included Jesus Christ Superstar, was called in to finish the lyrics. Menken flew to London to play songs for Rice, and one of the first tunes they co-wrote was “A Whole New World.”

When he was assigned Pocahontas in the mid-‘90s, Menken reached out to a longtime hero of his, Stephen Schwartz. Schwartz had earlier success with Godspell and Pippin, but by the ‘90s was semi-retired from music and was considering becoming a psychiatrist. But he and Menken, who it turned out were neighbors, hit it off almost immediately as co-writers. The first song they penned together was “Colors of the Wind.”

Now, more than a decade later, Menken says that every time he and Schwartz sit in a room to write, “Somehow we emerge with something. We both have a lot of tools, plus, maybe, we like to show off for each other. Stephen and I have a great time together. We’re each other’s biggest fans.”

Enchanted had a typical, rushed time schedule. Most of the songs had to be written between December 2005 and March 2006, when the recording began. Menken typically does not orchestrate or conduct his own work (some film composer do), but he produces the soundtracks and he is always in the control room during the sessions. For his own song demos, he makes either a straight piano/vocal, or a piano/vocal with a MIDI orchestral arrangement.

TIPS FROM THE TOP

What advice would Menken give to young film composers and Broadway writers?

“You start with a dream,” he says. “It’s a cliché, but you start with a vision of what you want to do with your life. Hopefully, that’s based on you creating the kind of things that you want to see. Then I think the most important thing is to get out of your own way. Let your music express yourself. If you write musicals, let your characters sing or speak through you. You must serve the piece, serve the needs of the piece, and make sure you don’t overlook things.’

Menken then adds a final note: “Go with your gut.” 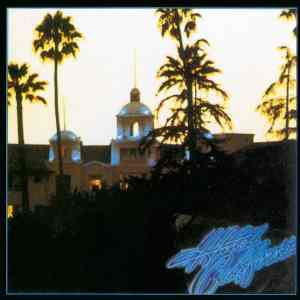 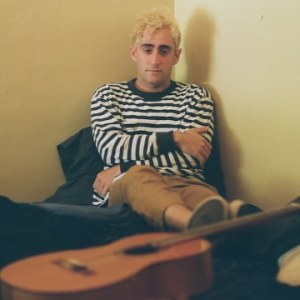