Ben Rector steps way out of character with his new song. “Range Rover,” co-written with Mark Trussell and Devin Dawson, is the kind of crank-your-windows down and feel-the-breeze summer jam. Potentially a one-off single, the track also features prolific musician Steve Winwood on Hammond organ, allowing for a bluesy undercurrent to sweep the listener away.

“Once we started writing, it just kind of felt like we were riding a wave. This doesn’t happen often,” Rector tells American Songwriter over a recent phone call, “but it was one of those rare, effortless, magical writes where things were just coming together. We reference Steve Winwood in the song ‘cause I was wearing a Steve Winwood t-shirt, which is hilarious and awesome. He’s one of my musical heroes.”

In the session, Trussell tossed out a comment about an all-white Range Rover, and it immediately had Rector’s creative wheels turning. “I was like, ‘dude, that’s what we need to write.’ And then they were like, ‘I don’t know, man.’ So, we fiddled around with something else and then we came back to it,” he says. “I just kept being like guys, ‘Just imagine we’re writing ‘Gold Digger’ by Kanye, but it’s ‘Range Rover.’ As soon as we went down that road, it started to pull itself together. I feel like most of my music is super-earnest, and that’s probably what I value and how I am in real life. This is obviously a tongue-in-cheek song. Part of me was like, ‘is this going to be weird?’ People obviously know that I’m married and have kids. I’m not singing in first-person from my own life.”

Initially tracked pre-pandemic, Rector shelved the song before returning to it much later, this time enlisting producer John Fields to give it a bit of a lift. “We messed around with some West Coast hip-hop synth. It was a good part, but it didn’t feel right,” he recalls. “We’ve ended up having some cool features on the record, and John was like, ‘what if we just see if Steve would do it?’ And I was like, ‘Wow. I would love that. I don’t know if Steve Winwood is really in the business of playing on people’s songs.’”

But Winwood immediately jumped on the opportunity─and the rest is history.

Meanwhile, Rector eyes a forthcoming studio record, as the follow-up to Magic (2018) and last winter’s A Ben Rector Christmas. “As I’ve continued to work on the album, it’s taken a pretty specific shape with some themes. It’s one of those deals where I never want to be an artist that’s like ‘I’m not going to release that song ‘cause it’s too this or too that.’ But I knew that ‘Range Rover’ on the record was going to stick out and not really belong.”

“Range Rover” may or may not find a place on the new record, but the singer-songwriter feels confident in the work to come. “I’m a pessimist by nature, which is funny because you’d imagine that I’d be like a good height man for myself, as an artist, but I’m really not. I have high expectations for my work. I don’t have super high expectations for what’s going to happen. You just can’t control everything. But for the first time, maybe in my career, I really am excited about the new record. I think it’s really good, and I’m pumped to get it out in the world.

“It feels like I’m finally wearing an outfit that I’m very comfortable in. It feels accessible and fun. I hope there’s some lyrical and emotional depth,” he adds, “but I really do feel the best about this record of anything I’ve ever worked on.”

As many songwriters and musicians have experienced, 2020 gave Rector unexpectedly necessary downtime. “It was really the first time that I was just home and not going places. I didn’t have a ton of stuff on my plate. If you would have described the pandemic to me before it happened, as far as the effect on day-to-day life, I think I would have imagined that I’d be a little bit bored or not super motivated. In a weird way, lifting all the craziness and expectations off of my life, I had a super fruitful, creative time. I remembered why I started doing music and why I loved it.”

Since the release of his first full-length album, Twenty Tomorrow in 2007, Rector has amassed quite an impressive songbook. His biggest Billboard 200 hit remains Brand New (2015), which reached No. 9 on the chart. Across five other studio records, including Into the Morning (2010) and The Walking in Between (2013), he’s stayed true to form in his songwriting.

Even taking stock now, it comes down to one simple approach: always being present and pushing forward. “I feel like as long as I’m willing to show up, it just feels like there’s always something interesting rattling around in there. Songwriting has never gotten old. It’s probably my favorite part of the process. It’s always fun to see like a kid again. Of all of the different moments there are in being an artist, whether that’s going on stage or rehearsing or finishing a record or whatever, there is nothing about my job that I like more than feeling like I’ve really found a good idea and chasing it down, writing wise.” 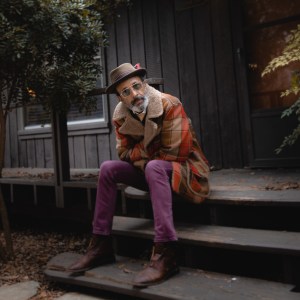 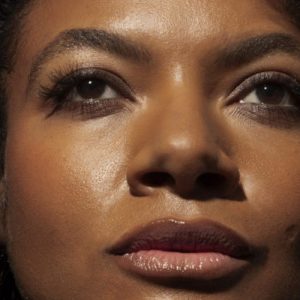