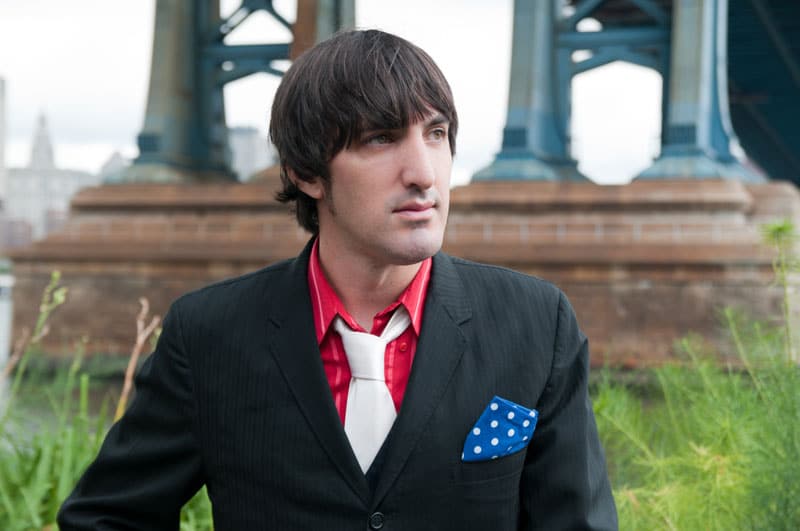 It’s not just any songwriter who can use the word “leitmotif” when discussing his new album. But then Benjamin Cartel is not just any songwriter. He may be the only tunesmith I know who not only plays drums, but starts with them; builds his sound from the ground up when recording. Or who has written a metaphorical song about the jungle while living adjacent to it. Cartel also references Neil Young and Woody Allen in the same conversation in order to explain his new disc, Flickering Light. Clearly, we have a rare and colorful bird on our hands here.

“I like the tension between pretty melodies and dark lyrics,” says the Brooklyn resident. “I tend to think of life as a movie, but without the Hollywood ending. Things tend to go awry in peoples’ lives and I thing it’s proper to portray that in songs. But as with my dark words, the little sounds and quick swatches of instruments I put in the tunes are important too. These kinds of touches have people coming back to the record again and again. Because they keep catching something new all the time.”

As George W. Bush might put it, mission accomplished.

Take the disc’s opener, “Starlight.” It begins with a lightly-strummed acoustic guitar, a quicksilver electric guitar hook, and what sounds like a toy piano. It has all the childlike charm of The Velvet’s “Sunday Morning.” But as with that tune, there’s a sadness and melancholic undertow to the words. “When the moon comes up/ The sun goes down/ You’re out on your own/ Away from your hometown,” sings Cartel in his clear, weightless voice. He also mentions how people can be so alienating it’s like they’re “made of stone.” On “I’m Not the Man You Think I Am,” there are irresistible minor chords and distortion that Mr. Young would approve of. Plus the line, “It’s hard to talk/ When you can’t see.” And there’s the truly ominous, “The Jungle Eats Everything.” The song that Cartel says is the center and guiding principle of the record.

“I was in Costa Rica, staying with a friend in his house and it was quite literally at the edge of the jungle. We were talking about it one night and he came up with that phrase: the jungle eats everything. And it does. All the various species devour one another. I thought it would make a great title for a tune. But more importantly, since this album is about the survival of people, I thought it would point out a way for that not to happen to us. We don’t have have to ‘eat’ each other. Not if we don’t want to.”

The songs, Cartel says, were written over the last couple of years. The recording took about one year. He self-produced it. But he goes out of his way to give credit to one of his engineers, who worked with him in a studio in Minneapolis.

“Often you get people who work with you in the recording studio, who are blasé. It’s just another gig for them. But this one guy, Ed Ackerson, who engineered for me was different. He really saw my vision for the record and was continually excited about it. So, aside from getting a great sound, when things bogged down, Ed would get us going again by telling us what a great disc this was going to be. His enthusiasm was priceless.”

Cartel starts a tour in December that will take him from the U.S to some dates overseas. But even as he gets ready to hit the road, he elaborates on the Woody Allen quote mentioned earlier. And it’s … surprising.

“I’m a Woody Allen nerd. I know every one of his movies well. My favorite is Broadway Danny Rose. I think it’s because of this line that his character uses. That life is all about, ‘Acceptance, forgiveness and love.’ Despite some of the harsher songs on the record, I’d like to think that’s what everything is finally about. For me, for you, for everyone. If, with all our diabolical behavior we can finally get back to acceptance, forgiveness and love? The human race might just survive.” 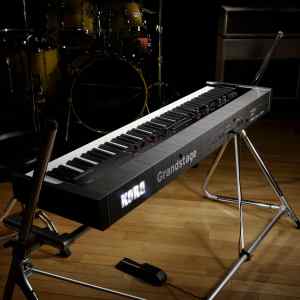