It’s not as if she’s been forgotten, exactly; when you have a neon sign of a name like Memphis Minnie, you still sort of flash in peoples‘ minds. But not everyone remembers why the singer with the cartoonish monicker was so well-known. Memphis Minnie is considered by many to be the one of the finest country blues singers and guitar players of her time. She influenced everyone from Big Mama Thornton to Bob Dylan to those gifted, pilfering punks, Plant and Page. Let’s clean the cobwebs off the myth and bring Memphis Minnie back to human scale. We know she was virtually unprecedented. Why was she so freakin’ great?

Born Lizzie Douglas on June 3, 1897, in Algiers, Louisiana, Minnie was the eldest of 13 kids. She grew up near Memphis and began playing the guitar at 10. She hated her name and insisted she be called Kid by her family. Her desire to be her own person and her rebellious ways were evident early on; she ran away from home at 13 to sing and play guitar on Beale Street, that fertile soil where baby blues artists, already sprouting roots, were replanted. And with emotional and financial factors replacing the sun, the cold, the rain, they grew into towering trees of music. That is the spare outline of her life.

But really, one good listen to Minnie’s signature song, “Me And My Chauffeur Blues,” will tell you more about her influence, complex appeal and pure talent than any timeline. Take Minnie’s guitar playing, that quietly insistent strum that, while playing blues changes, is also redolent of swing and Appalachian music, while simultaneously seeming to anticipate the chicka-boom bounce of rockabilly years before Scotty Moore. Minnie’s voice is equally complex. The tone is honeyed and lovely to listen to but also betrays a barely suppressed anger, a world of worry and hurt. Her voice is a cry, a cackle, a threat.

Lyrically, her tune has nothing to do with car and driver. Minnie is talking about a cheating lover whose infidelity has brought her to her wit’s end. Her jealousy over his divided attention is enough to drive her to contemplate murder, though she can’t decide whether she should kill her man or try to win him over once and for all by buying him a brand new car. It’s not the only time Minnie broached the idea of answering adultery with homicide. In “I’m Talking About You No. 2,” she ad-dresses the perpetrator directly: “You’s a married man and you got a wife/ You keep running around here, you’ll lose your life”.

No less than Bob Dylan dug the former tune. Just listen to his “Obviously Five Believers” right after “Chauffeur.” It’s the same damn melody. Plus, guitarist Robbie Robertson mimics the song’s riff, originally played by second guitarist Little Son Joe. The tune was later done well by an early incarnation of The Jefferson Airplane, too. The word is Memphis Minnie didn’t make a dime on the deal.

There are other details that help to flesh her out, of course. When she first ran away, she also traveled with the Ringling Brothers Circus. She experimented with the electric guitar, carried a gun, had a mean chewing tobacco habit and, like many female performers of her time, engaged in prostitution to make ends meet. Listen to “I’m Selling My Pork Chops (But I’m Giving My Gravy Away)”: This is classic blues right here. I’m doing what I have to do to survive. I’m paying the rent — on my terms. Minnie frequently spoke of the world’s oldest profession in her music, though never directly. She also performed the salacious “If You See My Rooster,” years before Howlin’ Wolf or The Stones. The fact that most people don’t know this fact speaks for itself.

There’s more. Big Bill Broonzy said she was as good as any blues performer he ever saw. She co-wrote “When The Levee Breaks,” which, with some changes, was recorded years later by Led Zeppelin. She cut hundreds of sides, all of which are worth listening to. She had a stroke in 1960, which ended her career.

You need only to go back to the records to understand the essence of this trailblazing artist. Her fierce independence, confidence, wits and attitude embolden each of her songs. As long as hard times, money troubles, faithless men, racism, the need to cry, to shout, to have sex exist, she’ll be essential. Which is another way of saying we’ll be listening to Memphis Minnie for a long time to come. 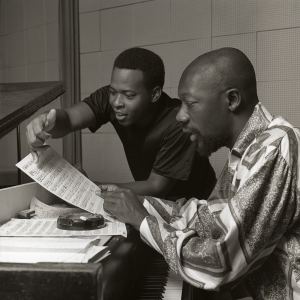 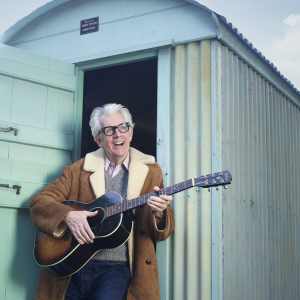