I was on tour in Australia when I heard The Rollings Stones were  going to play a free concert in Cuba. I immediately announced to everyone within earshot that I was going to attend this certain-to-be-historic event. It was a no-brainer — the world’s greatest ambassadors of rock and roll with all of their radical and lyrical implications of free spirit and liberty were going to play a gig in the land of extremely beautiful, sensual, musical, and most certainly-repressed people. Under Fidel Castro, they used to arrest Cubans for listening to rock and roll. I knew that loads of other artists, including myself, had already played gigs down there, but this was The Rolling Stones we were talking about. I absolutely had to go.

I had been to Cuba two previous times. I am fluent in Spanish from my stint as a teenager in the Dominican Republic, working in the barrios of Santo Domingo to immunize the poor against diptheria, pertussis, typhoid, and polio as part of a Peace Corp-type program called Amigos De Las Americas.

I had already seen the Stones twice before, including their recent show in Nashville. The Cuban show was listed as free but of course I had to figure out how get there. In order to pay for the trip, I sold a Martin D-76 acoustic guitar that New West Records had given me while making the Break Your Mother’s Heart album. It was a great guitar, but I didn’t have any emotional attachment to it. Also, I was more excited to see Cuba again than I was to see the Rolling Stones, although I still believe strongly in the rump-shaking, ultra-liberating powers of rock and roll. I understand I possess quixotic notions in this regard, but I simply do what my gut tells me to do. Sometimes there is pleasure in waiting. Other times, there is trouble.

Along the journey, which more or less consisted of flying round-trip to Cancun, Mexico and then purchasing a separate round-trip ticket to Havana and back, I began to meet others that shared my excitement for this moment in history. Many of them had not been to Cuba before, so some things needed to be explained in regard to local culture, especially the Internet. The first time I went to Cuba, around seven years ago, most people did not have cell phones. Facebook was more or less non-existent. To send a single email you had to spend an hour or more at a major hotel, and that was for tourists only. Wi-fi did not exist. There were (and are) no billboards. Only propaganda that speaks of the Revolution. Today, both cell phones and Wi-fi exist, but you have to pay roughly three dollars per hour to use a very slow connection that is only in certain public areas around Havana.

As a band, the Stones themselves are only a few years younger than the Cuban Revolution. Right around the time Mick and Keith met at the train station in Dartford, Fidel Castro was checking out of the Havana Hilton, where he and his guards had ensconced themselves for two full years after seizing Havana.

Needless to say, after Fidel revealed the true Marxist intent of his revolution, he commenced in an extremely narcissistic game of chess with his rather powerful northern neighbor that continues to this day.

Now, let’s get back to The Rolling Stones. I arrived at the concert grounds early, in order to might meet as many people as I could before the night fell upon us. I found batches of Cubans dancing to the pre-show tunes (mostly classic rock) with whole families camped out at various spots. Uncles, aunts, grandmothers, very young children, and large groups of teens were all hanging out. A beautiful sunset dissolved on a field of smiles and high fives. There was also a massive police presence. Barack Obama’s recent visit to Havana — also quite historic — had the police on guard for misbehavior. Not to mention the citizen police, also known as the “protectors of the revolution.” These secret police are on every block of every street of every town, 24 hours a day, making sure nobody does much of anything questionable in regard to trouble. They look like regular Cuban people and may be drinking and partying right next to you. They may be grandfathers, they may be teenagers. Because of this extremely repressive institution, it is safe to walk the streets of Cuba, night or day, and it is also because of this that no problems outside of common public drunkenness happened at this free Rolling Stones concert — a contrast to the last free show the Stones played in this hemisphere, near Altamont, California. 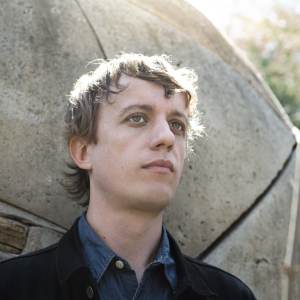 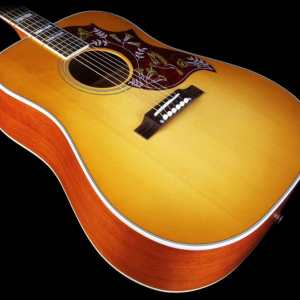