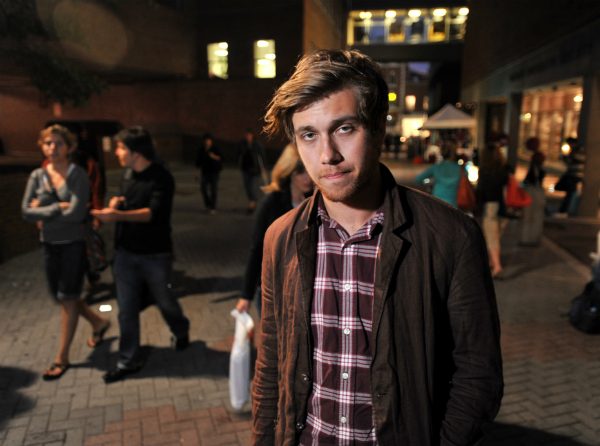 British ex-pat Bobby Long‘s music is familiar to Twilight fans (Robert Pattison is an admirer, and made sure he was included on the franchise’s 2008 soundtrack). His latest album Wishbone finds him fleshing out the intimate, bedroom vibe of his debut A Winter Tale, and will appeal to anyone who enjoys earnest, smokey-voiced troubadours. We asked the 28 year-old singer-songwriter about being a student of the game, the words he loves and hates, and what he plays when no one’s listening.

When you’re playing just for fun and no one’s around to listen, what sort of songs do you play?

I play a lot of Sam Cooke and try to play along with Wes Montgomery which I fail at. I just tinker around really with whatever I have heard that morning.

You moved to New York City about four years ago. What do you like about living there, and living in the States?

I really love it. America is so vast and young which is kind of the opposite of Britain so it is a nice change. New York is really inspiring and more inspiring than anyplace I have ever been 2 so living there is great for a songwriter like me.

You’re thesis at University in London was on the social impact of American folk music. Tell us a bit about it. Was it fun to write and research?

It was interesting, especially seeing how music tied in with social change like the civil rights movement. The hard element was me being on tour at the same time which made it slightly difficult but it was fun researching it.

You put out a book of poetry. How do you differentiate poetry and lyrics?

I don’t really but when I was writing the book I didn’t want to think about laying words with music. It gave me a fresh head for when I went back to the music. Essentially they are just different projects but they obviously have vast similarities.

It was obviously a song that wasn’t particularly great. I think it was about a school teacher or something. It would of been an Elliott Smith tip off, too.

What’s a song on Wishbone that you’re particularly proud of and why?

It’s a song called “Not Tonight, Not Today.” It’s a song that is a little different from my other stuff and a direction I want to pursue. We really went hard at writing specific parts and harmonies and push it into another direction.

“Guns firing on a ridge down onto a quiet town, wind bellows up smoke to the breakdown in the firing dawn.” It’s a murder ballad called “Waiting for Dawn.”

Both I think. When you first start writing everything hits you in the face. When you have been writing for a while you have to search a bit deeper but yet you have more experience and are better at it. Saying that I think the more you write the better you become.

I generally really love all words. I hate the word “snog” and I particularly love the word “macabre.”

When you are so close to finishing a song yet you have lost all enthusiasm and all the intensity you need to finish it. You just have to leave it alone and do something else until your fresh again.

That’s tough its hard to talk about your own songs. I would probably say a song called “Two Years Old.” It’s about being a soldier at war. Even though I have no idea what it’s like to be a soldier people
seem to relate to it. It’s really nice when that happens.

I think most people are underrated but I would probably go with The Mother Hips. I am so in love with there songs. There songs always surprise you and are heavy but playful and melodic.

I think that “Feels Like Home” by Randy Newman is pretty perfect. 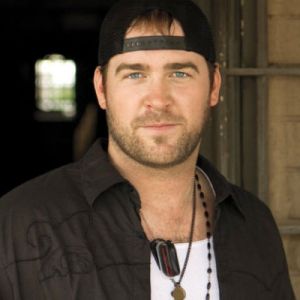 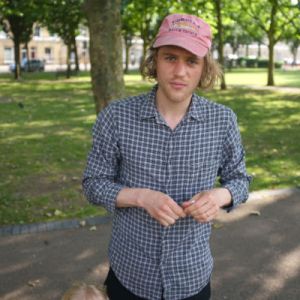