Comprised of a set of songs that lead songwriter Jenn Wasner shelved during the writing process of Wye Oak‘s 2014 album Shriek, then rediscovered years later, the band’s latest release Tween serves as an emotional and sonic time capsule from a time when the duo approached music from a completely different direction. We speak with guitarist and vocalist Jenn Wasner about Arthur Russell, finding inspiration and learning not to run from her emotions.

My songwriting process has changed quite a bit in the past few years as a result of me teaching myself how to produce and record and engineer my own music. It used to be that I would sit down with an instrument, whether it would be a guitar or a piano, and I would write that way, which is definitely one way to do it. It worked for me for a really long time, but since I’ve sort of expanded my palate, my songwriting process has expanded with it, so when I sit down I usually have a whole array of things in my studio that I use. I have a bunch of synthesizers, guitars, bass and drums in my house, as well as some drum machines and some samplers, so as far as the original source, it always varies. I usually start by picking a song that I like or am interested in, or just a section of a song that’s intriguing to me, and I’ll just start to try to copy it. That’s not with the intention of copying the song – it’s more just to give your brain something to work on to get over the initial blank page syndrome that always happens – but I usually start working on transcribing an idea that I like or admire, and that will inevitably head off in some weird direction and become something else entirely.

Another trick I do when I reach those hours when I inevitably get really tired of living inside my own head and dealing with my own thoughts, I always have a few songs of other people’s that I’m working on learning to sing or play, so I’ll take breaks from trying to write by practicing or learning or playing songs that I like of other people’s. And once I feel excited about music again, I’ll start working on my own stuff again. It’s usually just bouncing back and forth between working on my own stuff and enjoying playing other people’s music to stay in the right creative spirit. I would say the actual song occurs one of two ways: either it eventually just clicks and it feels like the song falls out of the sky in some magical preexisting way – and I’d say that’s happened to me very few times in my life of working on songs, so it’s pretty rare and always really exciting – or, more regularly, I find something that I really like and have one component I feel really inspired by and it turns into a puzzle, and I’m just filling in the missing pieces. I can kind of see a sketch or outline of the end result, but I have to find all the pieces that fit in it that work. That takes a lot longer and is usually what the bulk of the work entails. I try to work on music every day I’m home for as many hours as I can, and that’s usually how it’s going down.

I started playing piano when I was really young, but it wasn’t until I started playing guitar that it occurred to me that I could write my own music. I feel like that might be because I took piano lessons but didn’t take guitar lessons. I feel like when you’re learning from an instructor, it’s inherently suggested that there’s a right way to do things, and that there’s a canon and it’s what you’re learning. But with my guitar, my mom just gave me her old guitar and taught me a few chords and was like, “Have at it.” There were no rules with that instrument, and it was the first time it occurred to me that I could make my own music that I like. I would say I was around 12 or 13 when I had that realization. Not that I was writing anything of substance at the time, but that was when the idea first occurred to me, that maybe this was something I could do.

Yeah, I think I do, but so vaguely. I don’t remember the song itself, but I have a distinct memory of playing it at my eighth grade talent show. That [experience] I remember, but the song is not with me, which is probably for the best, let’s be honest.

I read that the songs on this album were all written between 2011 and 2014, in the period of time between the last two albums you released. What was specific about this set of songs that made them not make the cut for Shriek but still made you want to release them?

Before we started making Shriek, which was our last proper album, I was sort of searching. I’m always working on music, so I always have songs that pop up, but I was sort of searching for a concept, because I like to have a concept – an overarching theme or concept or feeling or aesthetic that unites an album and brings it together – and I hadn’t really come up with that yet. Then I struck upon the idea for Shriek, which was basically to invert the possibilities and the responsibilities between the band members. What I mean by that is my band member Andy, on stage at least, plays drums and keyboard/bass, and I had played guitar and sang, so I was responsible for the higher frequency stuff and melodic stuff and he was responsible for drums and bass. For that album, I came up with a way to switch our roles without switching things visually, which basically meant his keyboard/bass became a sampler and a synthesizer and my guitar became a bass. That concept became that record, Shriek, and the songs I had written before that didn’t quite fit into that concept and got set aside. Later on, I found all those songs and was surprised to find I still liked them and was still interested in them. I thought the new production skills we developed and learned through making Shriek had actually given us a skill set that made us better equipped to finish these songs adequately in the way I wanted them to sound, so I was just really excited to find them – it felt like finding a treasure – and I felt like I knew what to do with them, whereas in the past I didn’t have the skill set required to bring them to life.

What’s a song on this album that you’re particularly proud of and why?

I have to say “Watching the Waiting.” This is kind of funny, given the long example that I just gave you, but that’s the only song on that record that isn’t old. I wrote that at the very end of the process. I kind of wrote it to round out the other songs and fit in with everything else we had fininished at that point. It’s actually a new song, so that might influence the way I feel about it quite a bit, but I have to say, I think that song is one of the best songs I’ve ever written on any record and I’m really, really proud of it.

As far as writing goes, I think the hardest one to complete was “If You Should See” because it’s a really noodle-y, weird, prog-y kind of song. It felt like a really emotionally resonant song, so I wanted to make it feel really natural and approachable despite the fact that the song itself is all over the place. I wanted it to sound accessible. Ideally, I wanted people to not notice how complex it is without really thinking about it, so it was probably the toughest for that reason.

So many. The two big ones from my childhood would have to be Neil Young and Joni Mitchell, who are still huge to me to this day. As for contemporaries, I am a huge, huge, huge Bill Callahan fan. I absolutely adore him, like total superfan status. I gobble up everything he’s ever done. I love Joanna Newsom, but who doesn’t? She’s a badass. Arthur Russell is huge to me – maybe the biggest of all. His music is so diverse and so moving. I never seem to tire of it. He seems like he just managed to find a straight line to the innermost parts of my soul. He stripped back some serious layers and got to the essence of the thing, which is really so remarkable. What he does is all over the place, but it’s always so recognizable because that core thing is always there in everything he does, regardless of where it falls on the spectrum. His body of work is one of those things where you can either be really inspired by it or just want to quit [songwriting], depending on what mood you’re in.

What are the easiest and hardest things about writing songs?

The easiest thing is actually writing the songs. The hardest thing is everything you have to do in your life to get to the point where you’re writing the songs. Paying attention, cultivating presence and awareness, collecting ideas, processing your feelings, not shutting down emotionally when you’re hurting or confused and diving headfirst into all of it and trying to make sense of all of it – that’s the hard part. The writing of the song is, by comparison, pretty easy. It’s the work of your whole life. Everything I do in my life – exercising, getting enough sleep, trying not to look at my phone too much – how well I do all of those things has a direct result on my productivity and the quality of the work that I do. It’s also tricky because there’s never a guaranteed way that it will work. No matter how long you’ve been doing it, no matter how many years you’ve been writing or how many songs you’ve written, you can never take the same path twice, so you’re constantly having to renew yourself and your commitment to it. It never gets easier. It’s totally worth it, but it never gets easier. 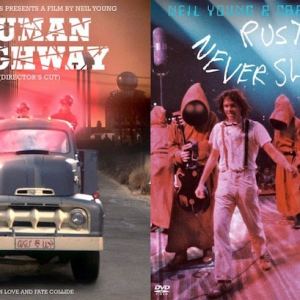 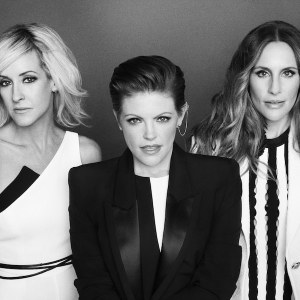