Norwegian singer-songwriter Marit Larsen’s stunningly sweet voice has taken her far musically and geographically, transforming her from a 16-year-old pop sensation in her home country into the mature, folk-influenced artist and self-producer she is today. Larsen’s latest EP, Joni Was Right, draws on her primary songwriting inspiration to create a stripped down, acoustic, personal set of songs that take her from Oslo to Nashville and Brooklyn. We chat with the former popstar about dreaming and writing in a second language, using friends’ love lives for inspiration and her evolution from “pop-folk” to “folk-pop.”

Well, what I find is that the really good ideas come to me when I least expect it, so it’s become almost like an anxiety to always try to record everything the minute it falls down into my head. I just got a new iPhone and I realized the reason my old one had been working so slowly was because I had about 22,000 small recordings from the last 10 years. I think of titles, lines, choruses, verses – I just try to collect everything the moment I think of it, whether it’s when I sit down and play an instrument and experiment, or whether I’m distracted in the middle of doing something else. No matter what I have to try to record it right away.

You’ve been writing songs for a long time. Do you remember the first song you ever wrote?

I do. It had quite bitter lyrics, so it makes me laugh now, because I was 13 years old and it was called “Look Who’s Crying Now.” I was a dark child. But I think songwriting became a way for me to express the things I generally didn’t share with even my closest friends. It feels like I still have that connection to my childhood, since it’s something I’ve kept doing for 20 years.

What is your approach to writing lyrics? Do you write melody first and then words, or work the other way around?

Melodies are always easier for me. In the last 10 years – since I write in English and it’s not my mother tongue – I’ve traveled to an English speaking country. In America, I’ve spent quite a lot of time in New York and Nashville and I try to just speak enough English that I start thinking and dreaming in it, and then I can start being creative. It’s strange because I get to see the language from the outside. I get to play with words in a way that my English speaking friends might not. I think it’s an advantage. But it has been fun for me to do co-writing, especially on the lyric side, because that wealth of language that I have in Norwegian, they have in English and I’ve never accessed the very profound, poetic kind of take on their language that they have because they’ve grown up with it. But I’m working on it. I think it’s a lot of fun.

What sort of things inspire you to write? So many of your songs are about relationships- are those rooted in your own experiences?

Yeah, also my friends are very interesting (laughs). I mostly steal things from them. Anytime I am too comfortable in my own life and my own love stories are too easygoing, I just relentlessly steal from their lives. There’s always someone in my circle of friends who’s going through some drama. I think now that I’ve started producing my own records, I keep that in mind. It’s in the back of my mind in the writing stage, even. I find it a lot of fun to try to scheme out how it’s going to end up. [They’re also rooted] in the way I use my language, because if I tell the story with the musical arrangement,  sometimes I can say less in my lyrics.

What’s a song on Joni Was Right that you’re particularly proud of?

I think [I’m most proud of] changing genres somewhat, from being pop-folk to being folk-pop. I think “A Stranger Song” wouldn’t quite have fit into my old sound, but in this new genre I operate in now, I can take my time a little bit more, I can be more wordy. I don’t have to be so efficient. Even though my songs are still on the shorter side, in this genre I can be more free, I can be a little bit more patient. I can trust that my listeners are going to hear it out. I try to envision them when I’m writing, but it’s more of a private moment. Even though some of these songs have ended up in heavy rotation on the radio, that has not been part of my plan this time around. That has only been a bonus. I feel like I’m going in the opposite direction of everyone else. I got a lot of pop records out of my system. It’s fun. I still really enjoy writing choruses.

Regarding the evolution of your music over the years you’ve been writing and performing- what do you think spurred that, and in what direction do you see yourself going in the future?

I feel like I’m going to be playing around with this genre for a bit longer. It’s been really fun to bring it to the States because [the band is] only four people on stage and I’ve decided not to bring a drummer. We’re playing these concert halls and music festivals and everything we usually do, but with this concept, I feel like I’m getting to know my listeners better. It’s such a raw, unpolished universe that we’re operating in, so I really have to be at the top of my game and I think it makes me a better singer, and hopefully also more accessible now that all those layers are shed off. That said, I’m definitely not done with pop music. I think I’ll be making a lot more records, and I’ll probably just be staying in this landscape as long as that feels like an inspiring place to be.

How do you feel about collaborating after being part of a songwriting duo at such a young age and then moving into a solo career?

I think being that young, it was was a great thing to have a friend by my side to grow with creatively, and that safety net of having somebody there who could take quite literally 50 percent credit and responsibility for anything that worked or didn’t work. The compromise might be too much because I didn’t always know what was left of me in the song. That’s why I went off for a few years of just writing on my own, and now I’m back to songwriting with other people and collaborating. It’s always a good thing to know that what you’re presenting has been evaluated by someone you trust, someone who has a taste similar to you but maybe has something to contribute without putting too vivid of a stamp on it, to overshadow it. It’s important not to have too much compromise in that way, but when it contributes it can be a really magical thing, especially because if a song does well and you can celebrate it with someone. It’s so much better. All victories are more fun when they’re shared.

Well, Joni Mitchell is at the top of my list, obviously. I’ve listened to her for 16 years. I have been listening to Laura Marling, I’m a big fan of Rufus Wainwright, Gillian Welch, Dave Rawlings. There are so many; the list goes on and on. It’s the hardest question you’ve asked me so far because I don’t want to rate my favorites. But Joni is always on top.

I do write without music as well, but when I do that I do it in Norwegian. That is a lot of fun, too. It’s a different part of my brain. I haven’t published anything yet, but I think that when I do – if I do – it will be another part of my identity that will be good for me to have out there. There are only about 5 million people who speak Norwegian, so it’s a limited audience, but certainly an important one. 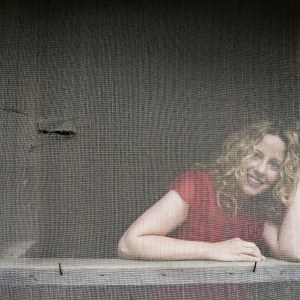