Hours before their triumphant Bonnaroo main stage set opening for Elton John, The Avett Brothers sat down with American Songwriter to discuss having fun at the festival, going to see live shows, liking modern country music and more.

At this point, do you have more fun playing new songs or old songs?

Scott: There’s an ebb and flow, a constant change, a consistency that we keep, where we try to meter when it’s time for more new or more old. Playing a new song can breathe a lot of energy into our band in a set, which will grow in a tour where we’ll continue that song and it will develop. So sometimes the need for a new song is dire.We recently have been injecting new songs into the setlist. There’s been three that we’ve performed in the last two weeks that we had never done live.

Are you planning on playing any of those today at Bonnaroo?

Scott: We may do one. It’s called “Rejects in the Attic.” We had performed it at a songwriter workshop at MerleFest, but it’s when we had still been working it out. Since then we’ve worked with Rick Rubin a little bit more on developing the song, changed some things and recorded a demo. So it’s growing, it’s living. And now that it’s live, it’s truly living.

Seth: The thing about playing new songs is it’s good for us because it’s exciting, but we really gotta be into it. The reaction for a new song is always a measured sort of… not indifference, but processing. I read an interview with Robert Plant and the guy was like, “What was it like the first time you played ‘Stairway to Heaven’?” and he was like, “boring.” No one cared. They were like, “Can we get on to ‘Whole Lotta Love’?”

So you have to remember that it doesn’t really inform on the quality of the song. But in order for them to become songs that folks know, you’ve gotta start em’ sometime.

Do you try to change up the arrangements on your old songs?

Bob: Now that we have new members, having seven people on stage, we have a lot of new textures and new harmonic potentials, and new arranging potentials that we didn’t have when we wrote “A Carolina Jubilee” or “Mignonette,” or “Four Thieves Gone,” or “Emotionalism.” These old songs have now been revamped and have a completely new life to them. So it’s like everything is a new song in one way or another.

Cover Story: The Avett Brothers, Together Through Life

Do you guys get to see live shows very often?

Seth:  I could count em’ on one hand in the last few years.

Scott: Other than viewing them from the shows we play.

Scott : We were in Indianapolis last night and in a way we got to experience Langhorne Slim opening with us last night. We could hear it because we were parked right there. The last time we all gathered was for the [Red Hot] Chili Peppers. We’ve done that twice now, and it’s been very effective for our study of the stage. We’re big fans of that band and their energy.

Scott: Yeah, we got to see Neil Young. The Raconteurs. So we see them at festivals, like Bonnaroo. We saw Jay-Z and a little bit of Stevie Wonder. That was good. But it’s just a little bit. Before you know it things are falling apart.

Were you guys big live music fans before the band and its fame started to affect that stuff?

Scott : We were and we still are.

Scott: It could be, but we live in it. We’re such a part of it. If we’re home three weeks or a month – which is rare, that doesn’t happen a lot – but if we are, I think any of us will start feeling the itch to go see a concert. We can’t go that long, but we’re living in it so much.

Seth : We didn’t know at the time, growing up seeing shows, that we were studying. One of the elements of study for us is nonexistent when we’re not able to be inspired by live music. So I think we still love it, but our options are limited now.   Rough collateral.

Seth, you did your On My Deathbed albums picks for us a while back, and your tastes are pretty broad. Is the rest of the band as across the board with their interests?

Scott: As much or more. There’s no genre limit, zero. We love finding out we’re wrong about something, like a genre. I’ve been guilty of saying something like “new country music sucks.” And then when I find out from an artist that that’s absolutely ridiculous and narrow-minded, it’s great.  Can you give me an example?  Scott We were in Oslo, and somebody in Oslo, a DJ, was playing a mix. And it wasn’t electronic music, it was all songs. She played a Josh Turner and a Martina McBride song. Now this is in Oslo, this lady is Scandinavian, and both songs I had no clue who they were. And I was completely moved by both of them. Being in Oslo, being removed and hearing it there, it was like “Wow, this is terrific. These are great tunes delivered amazingly.” And I don’t remember what the songs were, but the Josh Turner song I went out and bought immediately. So I was certainly proven wrong because they’re both modern country.

What do you do to get in the mood for playing live? Do you like to listen to music, or warm up?

Scott : We perform now. We like to play before we go on stage. It’s nice to see the unit playing together and that just sort of melds into the stage. That’s so healthy. We go on stage warm. It helps solidify the reality of what’s happening on stage.

I agree. We like to practice songs we’re not going to play that night in my band, to keep them fresh. Do you guys do that?

Scott: We definitely do. We’re interested in old time music, and a lot of times those songs can’t really project in a big setting like we’d like them to, so more or less we learn the hell out of them.

Seth: More or less we’re reminding ourselves how fun it is, so it doesn’t turn into a chore. Not that it ever has that much danger of becoming that, but when we play together all tight, facing each other, and we give each other a laugh or a smile, we’re able to carry that onto the stage and remember that this a communal fun time.

Scott: And which sounds better, for some group of leaders in a band to come up and say “Okay guys, this is what we’re going to do tonight. When I hit this mark you’re gonna do this and it’s going to blow their mind,” or everybody is hanging out, and just naturally playing a song and something starts happening and it’s like “man, I cannot wait to get out there.” And then those dynamics happen for the right reasons, and honestly, for more than one person.

Do you have any memories of previous Bonnaroo shows?

Scott : It was null and void. We basically didn’t have it.

Bob: We really didn’t have it, but we played really hard, it was exciting.

Scott : And they put us right there where everybody was walking to go see Radiohead, so everybody was stopped, and it was just slammed. It was really exciting.

Bob: Now that we have more people on stage, we’re able to enhance the energy and the powder keg element of what we have, but then with the string section we can create the ballad and the poignant moments can have this new life and texture in them. So we can enhance the softness, and the overall energy.

Scott: Each dynamic you would’ve seen in the years building up to this, we’re able to take each one a little further. 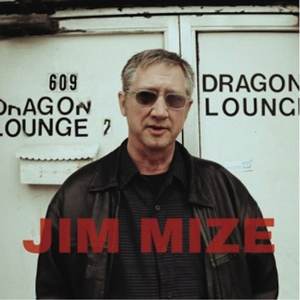 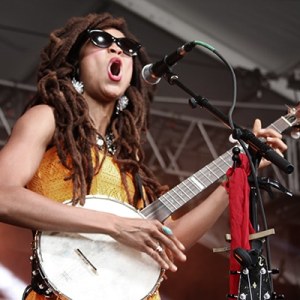