As a live entity, The Avett Brothers comprise an impressive cast of musicians, the Charlotte, North Carolina group rolling seven-players deep as they walked onstage at Bonnaroo on Sunday afternoon. And it’s not like they don’t make the most of all of the hired hands onstage, their rich Americana tunes featuring any number of combinations of guitar, upright bass, banjo, drums, violin, cello, Hammond organ and whatever other stringed or keyed instrument is available within arms’ reach. And yet, the sheer number of bodies and instruments moving about onstage in no way gets in the way of the boundless energy of the band. I’m not sure there’s a string section in pop music that bounces with as much giddiness as The Avett Brothers’.

This wasn’t the band’s first Bonnaroo, and it showed. In fact, Seth Avett made the announcement early on (“This is our fifth Bonnaroo – thanks for making it happen y’all”), before the group showed just how to make the most of a festival appearance. They began with the dirty, Tom Waits-y stomp of “Colorshow,” transitioned into the high-speed lyrical acrobatics of “Figure of Speech,” and just as easily proved their strengths at more straightforward alt-country fare on “Laundry Room.” And just to bring a little more intimacy between the band and the audience, the thousands singing along to “I and Love and You” brought a special, more personal moment to this massive setting. Though of the many hootin’, hollerin’, boot-stomping highlights of their set, perhaps most impressive of all was their stripped-down, close-harmony version of gospel standard “Just a Closer Walk With Thee.” It’s one thing to move a festival crowd with a big sound, but it’s a far trickier thing to do with a small one. 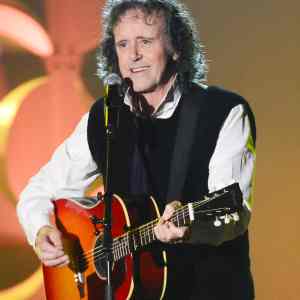