Truth. What is truth? Is there a larger truth about songwriting to be learned? Pete Seeger answered this with words he learned from his father.

“The truth is a rabbit in a bramble patch. And you can’t lay your hand on it. All you do is circle around and point, and say, ‘It’s in there somewhere.’”

It’s the same with songwriting.  There’s no one answer. But there’s a whole lot of wisdom about it in this aggregate of thoughts. So we welcome you to our bramble patch again. Hope you find something you can use.

SAMMY CAHN: When people ask me which comes first, the music or the words, I say, “The phone call.”

STING: Songwriting is much like trying to catch a wild animal. Only you cannot kill the beast – you have to somehow trick him into being captured. And you can never use the trick twice.

LOU REED: I just thought it would be the greatest fun imaginable to put something like Delmore Schwartz  or Raymond Chandler, into a rock song. Now I know there are people who say that if you engage the mind that way, then the sexy, physical part of it vanishes. But I don’t think that’s true, the mind being the most erogenous zone of all. So I think you can have the whole kit and kaboodle. There’s a phrase you haven’t heard for a while.

DONALD FAGEN: Melodies can be good depending on the context. You can have a simple melody, and if the harmony behind it is interesting, it can make a very simple melody really different. You can also have a complex melody. The more complex it is, the harder it is to sing, and then sometimes it can sound contrived. You could write a melody that would be fine on a saxophone but if you give it to a singer, it can sound raunchy.

STING: When it comes to songwriting heroes, there is only one I think of. Paul Simon. I consider myself a student of his work.

PAUL SIMON: [Songwriting] is like you’re wandering down a path and you don’t know what the destination is. Somewhere, toward the end, you can sort of see what the destination is and you can understand what the journey is about. At which point, if I want, I can go alter some of the things that occurred to set it up. But usually I don’t. It usually just goes along as a story that I’m telling, and I’m a listener, and at a certain point I say, “Oh! That’s what it’s about.”

RODNEY CROWELL: In this day and age, if you’re going to have any longevity, you’d better develop some artistry.  Hits are disposable.

JIMMY WEBB: When I start on a song, sometimes at the beginning it seems just like an impossible task. it all looks unpromising. And I make myself play one note. And I get myself going and then momentum builds and I really get into the joy of it. I’m like a kid with a jigsaw puzzle, a glittering magical jigsaw puzzle.

ALLAN SHAMBLIN: If you aim too closely for that target, you won’t hit it. You got to aim higher. A lot of hit songs today are like logs. They are meant to be thrown on the fire. And they will burn up bright. But then there’s nothing left. But what we want are songs which won’t burn.

LEONARD COHEN: To find a song that I can sing, to engage my interest, to penetrate my boredom with myself and my disinterest in my own opinions, to penetrate those barriers, the song has to speak to me with a certain urgency. To be able to find that song that I can be interested in takes many versions and it takes a lot of uncovering.

CAROLE KING: The song form is limitless. You can do anything you want. Given the fact that a song is generally something that takes between three and five minutes on a record. But if you feel like going seven minutes, you can go seven minutes. If you want to write a really short song, you can do that. You’re given a task to make a statement, musical and lyrical, and you do it and you don’t have two hours to do it in. That’s kind of nice. I don’t think it’s limiting at all. I think it’s liberating.

HAL DAVID: The whole trick of a song, in my opinion, is that it should seem like it wasn’t written. It should seem not that two people wrote it, or three people, but that it came out of one mind. That’s the ideal song, A lot of times I’ll hear songs in which the lyrics are good, but the music is just complementing the lyric; it really has no character of its own. And when it’s over, I’ll find myself thinking that it’s just all wrong. A song should be of a piece. The music and lyrics should both be great, and it should be like one.

LEONARD COHEN: It’s just as hard to write a bad verse as a good verse. I can’t discard a verse before it is written, because it is the writing of the verse that produces whatever delights or facets that are going to catch the light. The cutting of the gem has to be finished before you can see whether it shines. You can’t discover that in the raw.

SAMMY CAHN: Many songs today are one-week wonders.  They hit the top and went down. The Beatles are lasting because they wrote music. Noise diminishes. Music lingers. See how simple that is? You must write something that they’ll take away. Not just a beat. A beat? A beat is something else.

BOB DYLAN: Somebody coming along now, if they’re seriously concerned with being an artist when they get to be Picasso’s age, you’re better off learning some music theory if you want to write songs. Rather than just take a hillbilly twang, you know, and try to base it all on that. You’re better off having some feel for music that you don’t have to carry in your head, that you can write down. To me, those are the people who are serious about this craft. People who go about it that way. Not people who just want to pour out their insides. They got to get a big idea out and they want to tell the world about this. Sure, you can do it through a song, you always could. You can use a song for anything, you know.

CAROLE KING: A lot of songwriters are plagued by writer’s block. I have found that the key to not being blocked is to not worry about it. Ever. If you feel that you want to write and nothing is coming, get up and do something else. Then come back again and try it again. But do it in a relaxed manner. Trust that it will be there. If it ever was once and you’ve ever done it once, it will be back. It always comes back. The only thing that is a problem is when you get in your own way worrying about it.

DONALD FAGEN: Songwriting doesn’t get easier. It gets harder. It takes longer. When you get older, your mind slows down and you don’t have a lot of energy, and you’ve used up a lot of your ideas.  You’ve really got to work to do it. It’s exhausting. You think sitting in a room and thinking things would be easy, but it’s not. I throw out so much stuff, that to get a few bars or a few good lines takes a long time.

RODNEY CROWELL:  As a songwriter, everything that happens helps you. If you learn from it. For every success you ever get, there are way more failures. If you learn from those failures and rise up unbroken, you’ll make it. So I hope you all learn to fail better.

PAUL SIMON: I believe that there’s a very basic feeling that music gives to all people and we’re all connected on this very basic, emotional level, my music, rhythm and harmony. And that many, many people can understand you when you’re using that vocabulary. But how can people begin to communicate if we don’t begin to appropriate a wider vocabulary? If you can’t speak in someone else’s language, how are they going to hear you? So I’m somebody who speaks broken music.

PAUL SIMON: The only thought that I give to [the meaning of the lyric] is: “Is that something that I really believe?” It doesn’t have to be insightful or a really deep, philosophical song. It just has to not be a lie.

BOB DYLAN: The world don’t need any more songs.  They’ve got enough. They’ve got way too many. For every man, woman and child on earth, they could be sent a hundred records, and never be repeated. There’s enough songs. Unless someone’s gonna come along with a pure heart and has something to say. That’s a different story. 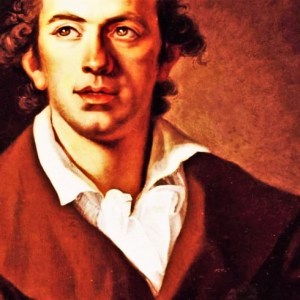 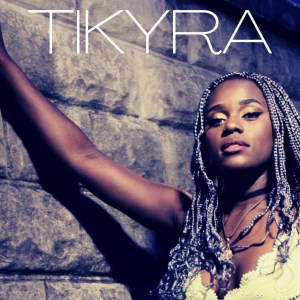