Together with American Songwriter, we had the pleasure of interviewing Carsie Blanton over Zoom video!

Carsie Blanton is on a mission to fight fascism. With her new single “Shit List,” released today with an accompanying video, Carsie and producer Tyler Chester (Margaret Glaspy, Mandy Moore) pair her deceptively catchy farfisa riffs and folk-pop melodies with a blunt message: “That ain’t the way we do it no more.”

In the official video for “Shit List,’ Carsie juxtaposes footage of major historical moments both recent and archival: from the January 6th storming of the capitol building, and altercations with Neo-Nazis, to speeches from Black Panther Party leader Fred Hampton and Che Guevara. There are also lots of cheerleaders.

Written in the wake of the 2017 Charlottesville riots that took place not too far from her hometown, Carsie reflects, “the scariest thing about fascism is that we’ve done it before, and we keep thinking we’ve beat it; we think its name is Hitler, or McCarthy, or Trump, and that it dies with those names. We won’t beat it until we learn to see it, name it, and organize against it.”

Carsie has made a name for herself crafting songs that, beneath the veneer, “blend revolutionary politics with daring commentary about relationships, all laid out on a bed of clever, label-resistant songcraft” (Associated Press).

On her new album Love & Rage (out April 30th), Carsie continues this tradition. The album — which follows her 2019 album Buck Up (named one of NPR’s Fresh Air’s best albums of 2019 between Megan Thee Stallion and Billie Eilish) — pairs her gift for timeless melody and sunny vocals with a pressing need to confront thorny issues. With the help of producer Tyler Chester and musicians like Griffin Goldsmith (Dawes) and Pete Thomas (The Attractions), Blanton brings the consequences of our politics and the precariousness of our economics into sharp focus.

“Shit List” is the second single from Love & Rage. In January, Carsie released “Be Good,” a rallying cry to embrace the radical teachings of people like Jesus and Dr. Martin Luther King: love your neighbor, take care of each other, we are all brothers and sisters. Listen here.

Throughout 2020, Carsie and her band have hosted monthly Rent Party live streams (read more via Pollstar) to raise money to help support her band throughout the pandemic. In the last year, these monthly performances helped raise more for her band than in a typical touring year. Carsie has continued her Rent Parties into 2021 and is previewing her new album. Her next Rent Party is set for Saturday, March 27th at 2pm CST/3pm EST. 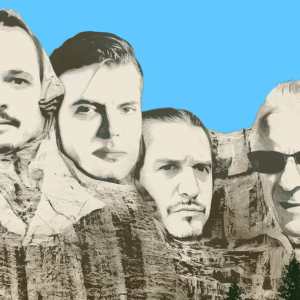 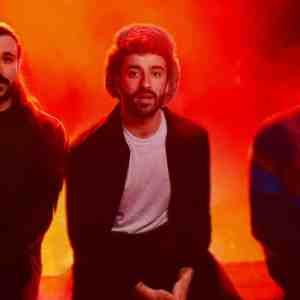