We had the pleasure of interviewing Manny Blu over Zoom audio!

Country recording artist, Manny Blu will release a new EP, titled New Ink, on November 13, 2020. Manny’s debut single off the record, “Born To Ride,” is now available and perfectly lays the groundwork for what is to come.

Bringing to life a completely different side of the Montreal native, New Ink speaks directly to what Manny himself calls the “true heart” of the band’s live shows: “There’s more rock, more soul, and more volume this time around. It’s bigger and louder, but it’s still me. And more importantly, it’s still fun.”

With his amplified mix of country twang and heavy rock & roll attitude, Manny brings his rebellious outlaw vibe to country music, creating an original sound that makes room for his blues and rock upbringing. While influenced by Brantley Gilbert, The Cadillac Three, and Jason Aldean, each of the five tracks heard on New Ink live in an edgy new space with rock-based instrumentals at the forefront. Recorded at OmniSound Studios in Nashville and produced by Aaron Eshuis, its rock-forward approach is fitting since the title stems from one of Manny’s favorite bands, Mötley Crüe, and their album New Tattoo. One look at Manny, and it’s no secret that he’s a fan of tattoos-but to him New Ink means more than just thinking about the next one, for him, it’s the release of his inner creative expression and his new sound to the world.

The first single off of New Ink, “Born To Ride,” is a track about finding that ‘ride or die’ person who will have your back as much as you have theirs—written by top songwriters Rhett Akins, Ross Copperman, and Josh Osborne, the track debuts today with a lyric video that provides a snapshot of Manny’s acclaimed live shows.

Consisting of four additional tracks telling the stories of real-life through love and heartbreak, Manny’s upcoming EP displays substantial growth. Not only has 2020 already been a landmark year when it comes to streaming for the up-and-coming artist, it has also led to the development of global expansion with the addition of teams in the US, Canada, and the UK.

“Music is one of the most powerful elements to someone’s life,” said Manny when talking of the story behind the EP. “I think it can make what someone is going through ok, it can motivate, and empower people–so I tried to add a little piece of each of those things into New Ink.”

Manny continues to bring his vibe to country music–a sound he introduced with Leave It Like It Is, his debut record (2019) that earned him thousands of new fans and presented him with the opportunity to hit the road across Canada and the US. Last spring, Manny spent two months crossing Canada while opening for George Canyon’s “Hit After Hit Tour” and then headlined his Canadian tour to close out the year. Earlier this spring, Manny crossed the US and Canada on another headlining tour. Fans can expect new show announcements in the coming months.

Manny Blu has always been a fighter. Years before he crisscrossed North America as an acclaimed country singer and a true road warrior-playing nightly shows in support of his 2019 debut album Leave It Like It Is, while also sharpening the larger-than-life sound that would fill his 2020 follow-up EP New Ink, Manny spent his days in the gym, training for a career as an MMA fighter.

Traveling often to Nashville from his hometown of Montreal, he began piecing together a new record–one that showcased the lessons he learned on the road. Working with producer Aaron Eshuis and hit songwriters like Josh Osborne, Rhett Atkins, and Ross Copperman, Manny Blu emerged from Nashville’s OmniSound Studios with New Ink. From “Born To Ride” to “Sink,” these new songs tell relatable stories about love, loss, breakups, and everything in between, rooted in an amplified mix of country twang and heavy rock & roll attitude.

“I wanted the album to sound the way we do live,” says Manny. “There’s more rock, more soul, and more volume this time around. It’s bigger and louder, but it’s still me. And more importantly, it’s still fun.”

Raised as a versatile athlete who played hockey, soccer, and football before kickstarting his MMA training at 16-years-old, Manny Blu hasn’t lost that fighting spirit. If anything, he’s gotten stronger, learning to roll with the punches and knock down any obstacles in his path. New Ink, with its hard-hitting hooks and country-rock edge, is the soundtrack to a career on the rise–and Manny Blu is ready to deliver a knockout blow. New Ink will be available on November 13, 2020. 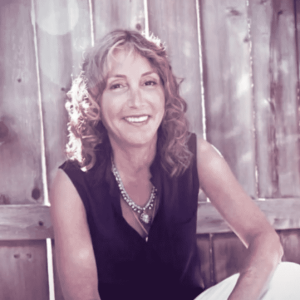 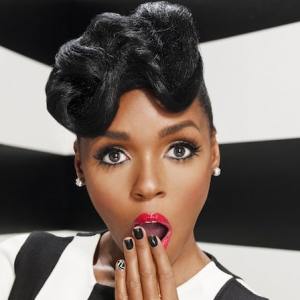