Together with American Songwriter, we had the pleasure of interviewing Veronica Fusaro over Zoom video!

We have all witnessed a challenging 2020 so far but we’re pleased to introduce you to an exciting new singer songwriter in the form of Swiss / Italian soul pop Artist Veronica Fusaro ahead of her latest single Beach next month, marking the beginning of a series of new singles documenting, like postcards, Fusaro’s journey towards her debut album.

Hearing the word “beach”, you may immediately think of a tropical destination sipping a cocktail in the sunshine whilst overlooking clear blue water, but not for Veronica Fusaro in this case. With her fine antenna for the nuances of emotions, she takes the beach as the metaphorical starting point for the weather report of a relationship entered not in the hope of genuine love but as a sweet distraction from humdrum everyday life.

Fusaro writes authentic storytelling soul pop music with strong melodies and plenty of heart that has been captivating audiences across Europe.  To date she has already racked up a combined 1.5 million streams and like Fusaro’s previous music including her most recent EP release “Sunkissed” (2019), “Beach” was written and recorded as a demo in her studio in Thun, Switzerland and finishing off in London with collaborator Paul O’Duffy (Amy Winehouse, Dusty Springfield, Ian Dury and John Barry) who added the extra splashes of colour. The single is about wanting something but not being able to have it and therefore filling it with a temporary solution. Instead of facing your problem, in this case not being able to have the ‘beach’, you’ll take a look around and forget about sorrows for the time being. The single also sees Fusaro heading towards a more organic instrumentation and taking inspiration music from her father’s home country, Italy, using the idiosyncratic brand of 1950s jazz with mentions of the late big band singer, Fred Buscaglione, and the bittersweet party mood of Federico Fellini’s “La Dolce Vita”.

After finding motivation from winning a national competition at 18 called “Demotape Clinic” at the m4music festival in Zurich she discovered this could be more than just a pipe dream and started devoting her life to music. In the four years since then, Fusaro has been busy evolving and building a fanbase, releasing music and since releasing her debut single ‘Better If I Go’ in 2017 she has gone on to play over 500 shows around the world including Glastonbury. She has also released further singles including summer ballad ‘Hello Old Friend’ and fun loving ‘Rollercoaster’ reaching 131K video views along with three EP’s ‘Lost In Thought’, ‘Ice Cold’ andmostrecently the well received ‘Sunkissed’.

After only 4 years in the business she has demonstrated her ability to hold an audience of any size, be it in an intimate club or even Glastonbury festival, in the palm of her hand which has resulted in a steady forever growing online following of 7,573 monthly Spotify listeners, over 670,000 Youtube views and 5522 Instagram followers.

With her debut album already in mind for a release of 2021/2022 you can be sure to hear more releases and hopefully live shows in the not too distant future. 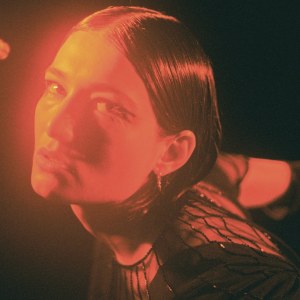 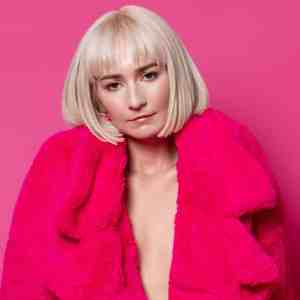