Most of the time in this space, we reserve our analysis and praise for songs that have stood the test of time. But certain songwriters/performers have the ability to craft something that feels timeless the moment it is released. Bruce Springsteen is just such an artist, and “Moonlight Motel,” the haunting track that closes out The Boss’ just-released album Western Stars, is just such a song.

Springsteen recently called into E Street Radio, the Sirius/XM radio station in his honor, to talk about how his fans indirectly give him the freedom and inspiration to attempt stylistic detours like Western Stars. “We worked hard over the years and we have built an audience that really follows me where I need to go, and that is something that is so deeply appreciated by me that it’s really something I’m proud of,” Springsteen said. “They aren’t stuck in a rut. They don’t only want to hear specific group of songs. They are really adventurous.”

Part of the fun in listening to Western Stars is playing a little game of Spot The Influence; there’s a little Glen Campbell here, some Roy Orbison there, etc. But “Moonlight Motel” doesn’t feel beholden to much of anything. Other than the wistful acoustic guitar licks, all other instruments are lowered in the mix to seem like ghostly echoes. That allows the somber story of the motel, which seems at times to be more metaphorical and mystical than physical, to really take hold.

Springsteen immediately lets us know that this place is pretty much deserted these days, “the musty smell of wilted flowers” wafting through the air. “Now the pool’s filled with empty, eight foot deep/ Got dandelions growin’ up through the cracks on the concrete,” he sings. But the memories are far more alive than any of the place’s tangible accoutrements: “Your lipstick taste and your whispered secret I promised I’d never tell/ A half-drunk beer and your breath in my ear at the Moonlight Motel.”

What the song suggests is that there a fragility to ideal romance that daily life eradicates, just like time and weather have done away with the luster of the motel; “Well then, it’s bills and kids and kids and bills,” Springsteen sings. Nobody has made more use of dreams in his songwriting than Bruce, which is why the hairs on your arms might stand up when you hear him launch into the final verse with “Last night I dreamed of you, my lover.”

He doesn’t reveal the contents of this dream, but he wakes hearing the lingering voice of his former love saying, “Better to have loved,” the rest of the adage going unsaid perhaps because he didn’t hear it, perhaps because he heard it but finds it too painful to repeat. His only recourse is to go out on a drive looking for the motel, the chilly air and falling leaves signifying the end of the summer and the end of a dream too good to be true.

“She was boarded up and gone like an old summer song/ Nothing but an empty shell,” he notices when he arrives. Nothing else to do but: “I pulled a bottle of Jack out of the paper bag/ Poured one for me and one for you as well/ Then it was one more shot poured out onto the parking lot of the Moonlight Motel.”

Bruce Springsteen’s catalog is so imposing that it feels almost blasphemous to suggest that a song he just wrote and recorded deserves a place among his best. And yet how else can you characterize “Moonlight Motel,” a song that doesn’t so much jerk tears as it does gently loose them as a courtesy to the listener? Instant classic sounds about right. 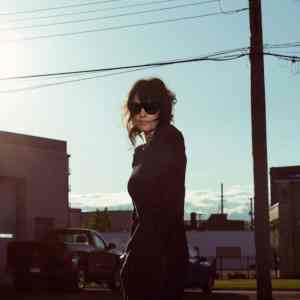 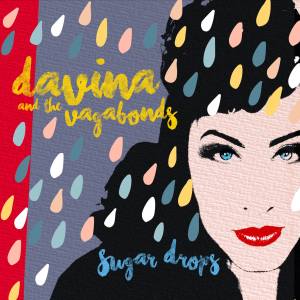