Bonnaroo got off to a strong start Thursday when Bully, the Nashville-based grunge-pop project of singer-songwriter Alicia Bognanno, took the stage around 7:15. The band immediately kicked things into high gear with “I Remember,” a caustic, punchy track that finds Bognanno reflecting on memories from a relationship’s dark past. Over the next hour, the band continued to muscle through tracks from their 2015 debut Feels Like, a critically-acclaimed album that earned a place on our list of the Top 50 Albums of 2015, including tracks “Too Tough,” “Six,” “Trying,” “Brainfreeze” and “Trash”.

Moments into “Milkman,” one of the band’s earliest singles, the crowd opened up the pit and thrashed around as Bognanno and company played the quick, punk-tinged track and rolled straight into two punk/hardcore covers. The first, a cover of Mclusky’s “Lightsabre Cocksucking Blues,” has become a live favorite of Bully fans over the last several months, and the band pulled it off with flawless execution as Bognanno ditched her guitar to give the song’s heavy vocals her all. Overall, the Thursday performance was an example of Bully in perfect form, with the power-fueled instrumentation and minimal stage antics allowing listeners to hone in on Bognanno’s brilliant, bold and contemplative lyrics. — EMILY MAXWELL

Before Chicago five-piece Twin Peaks took the stage, anticipation was high in the crowd, with conversations about the band’s sound, live show and new record Down In Heaven taking place all around. The band didn’t disappoint — as they almost never do — and delivered a high-energy set that clocked in just under an hour and a half. “Butterfly,” a bright, ’70s-tinged singalong sung by guitarist Clay Frankel started things off, with a fairly even mix of material from Down In Heaven and the band’s 2014 album Wild Onion following suit.

After a rollicking delivery of kinetic track “Flavor” by guitarist Cadien James, the band slowed things down with “Wanted You,” a reflective song that seems to be equally as much about unrequited love as it might be about an acid trip. The set closed out with “Making Breakfast” and “Strawberry Smoothie,” two highlights off of Wild Onion that drew high praise from the crowd.  It was as fun and flawless of a performance as one could hope of a Bonnaroo debut, and the band appeared to be having just as much fun as its fans. — EMILY MAXWELL

While the biggest names on the Bonnaroo lineup wait until the weekend to play on The Farm, there’s always a mainstream act or two that serve as mini-headliners, of sorts, on Thursday. This year, that spot went to singer-songwriter Garrett Borns, who performs as Børns. The 24-year old Michigan native drew what was presumably the largest crowd of the day for his 10:45 p.m. set at the This Tent stage. Backed by a four-piece, Børns lived up to the expectations, balancing the ear worm melodies of 2015’s Dopamine with an enticing stage presence.

With his long hair, leather jacket, floral shirt and falsetto vocals, you couldn’t help but draw comparisons to frontmen like Robert Plant, but with a more poised and graceful demeanor. The only drawback of the set was, due to the mass amount of spectators, Børns’ softer moments and melodies were sometimes lost in the dull roar of the audience. However, that didn’t matter much when Borns and company performed massive radio-ready hooks of “Electric Love” and “10,000 Emerald Pools” and covers of David Bowie’s “Heroes” and Arcade Fire’s “Rebellion (Lies).” Those moments filled the air with the unifying positive vibes Bonnaroo prides itself on and served as a fitting kick-off to the weekend ahead. — JOHN CONNOR COULSTON 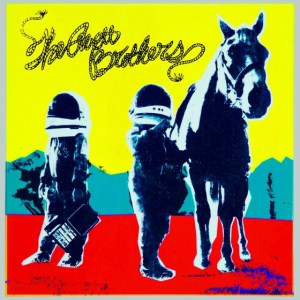 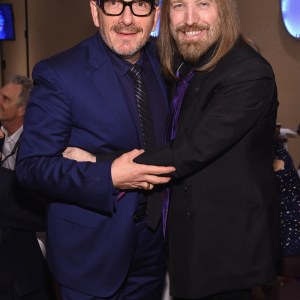