The songwriting family put on their best outfits and gathered in New York last night to honor their own at the 2016 Songwriters Hall of Fame 47th Annual Awards Dinner. Elvis Costello, Marvin Gaye, Tom Petty, Chic’s Nile Rodgers & Bernard Edwards and Chip Taylor were inducted into the illustrious and prestigious group. Honored with special awards were Lionel Richie with the Johnny Mercer Award, the evening’s highest award; Nick Jonas with the Hal David Starlight Award and record executive Seymour Stein with the Howie Richmond Hitmaker Award.

Throughout the evening the emphasis was indeed on family. Marvin Gaye’s wife Jan gave personal insight into the late singer’s songwriting process. “To watch him create and watch his process was truly unique. And sometimes irritating, honestly! That might sound strange, that the great Marvin Gaye could irritate you with his songwriting. He had this very unique way of creating and you would think (the song) was something people might not like. But then overnight it would become a hit.”

Elvis Costello cited his mother’s advice that no fear or harm would come to him if he could put his thoughts into words and song, which provided the inspiration for his anti-war breakthrough hit “Oliver’s Army.” The singer also referenced his song “Veronica” which details his grandmother’s battle with Alzheimer’s disease. Costello also credited his wife, jazz singer Diana Krall, for being an inspiration. “I will never be a good enough songwriter to tell her how much I love her.”

Nile Rodgers brought out the two grown sons of his songwriting partner, the late Bernard Edwards, and spoke of the bond that kept the songwriting pair together, despite being polar opposites. “For some reason we could not get along without each other, from our very first gig at the Fair Tree Lounge in the Bronx. I walked in and heard the bass player killing it. I got up on stage and somehow we held it all together.”

Chip Taylor performed his garage rock ‘60s anthem “Wild Thing”, accompanied by his three granddaughters. The actor Jon Voight, Chip’s brother, shared a story of a 12-year old Chip performing his first song for the family, an emotional ballad about faded love. “Boys, this is a goldmine” their father exclaimed.

Petty opted to bypass his multitude of classics and performed the obscure but sublime “Angel Dream #4” written for and dedicated to his wife (“I forgot to thank her in my speech so…”) and a new song “Forgive It All.” Backing Petty was his current band Mudcrutch, comprised of several Heartbreakers and old high-school friends from his native Gainesville, Florida area. Prior to Petty’s induction, rock legend Roger McGuinn, a major influence on Petty, performed “American Girl.” “Once I heard that song, I had to meet the person who wrote it,” McGuinn said.

Appropriately, the night ended with Nile Rodgers and Sister Sledge leading the gathering of music publishers, record executives, artists, brothers, sisters and relatives in a sing-along to his ‘70s social anthem “We Are Family.”

Great artists are always experimenting, defying categorization. This year’s inductees cut across a broad spectrum of musical styles, and that’s just within each artist’s individual catalog: from Costello’s country, jazz and punk influences to Gaye’s growth from pop R& B to social political commentator. “All of the songs that I created were the songs they told me would ruin my career,” Lionel Richie said. “You can’t sing a country song because you’re not country. You can’t sing a calypso song because Harry Belafonte is not selling songs. That’s ridiculous! Why don’t I just play what the music is and stay out of the category business?”

Tom Petty: “I love writing songs. I still make records. If you’re in a position to encourage young rock and rollers to follow their dreams like I had mine, please do it. We always had one thing in the back of our minds. This music, this art, is just this much more important than money. These songwriters we’re honoring tonight knew that. They cared about the art of the song.”

Lionel Richie: “I got in this business because of an amazing group called the Commodores. We did an audition for these two men (presenters Kenneth Gamble and Leon Huff) and they gave us the launch that we needed, even though the answer was ‘no.’ Early in our career, the Commodores could copy Kool and the Gang better than Kool and the Gang. These two pulled us aside and said ‘that’s great fellas. What do you sound like?’ The bell went off! That was the beginning of a journey.“

Richie: “Where on earth could you learn how to write a song better than at Motown University? Down the hall was Professor Smokey Robinson, up the hall was Professor Marvin Gaye, and around the corner were Nick (Ashford) and Valerie (Simpson). I mean, come on! Every time I would interview them I would speak to them as fan, not thinking I was a songwriter. Finally I asked Marvin what school he went to for music and he said ‘little brother what are you talking about? God is going to talk to you and He is talking to you. You make sure you hum it and put it down and that’s all you need.’ I’m from the academic world where there must be a logical reason why you know what you know. He told me you don’t have to know or be taught, you just have to feel it.”

Richie: “Marvin gave me the best advice ever. The best note you can hit in your life is (exhales a breath). He said ‘can they hear you breathing? That means you’re whispering in their ear.’ From that point on I decided I’m writing love songs!”

Jussie Smullet (actor/singer, Empire) on Marvin Gaye: “His songs have not lost one iota of their power, passion or sensuality.”

Elvis Costello: “This award means all the world to me because I am probably the least commercially successful songwriter to have ever been inducted. I am, if nothing else, persistent. It was my original intention to be a songwriter in the background. I have to be grateful to all the music publishers who sent back my demo tapes because it forced me out of my bedroom and made me raise my most argumentative voice and stand up for my own songs. The next thing I knew I was on a three-bill ticket in Chicago opening up for Tom Petty and the Heartbreakers.”

Bernard ‘Focus’ Edwards, Jr. (son of Bernard Edwards): “This is a room full of people that write timeless music. I work in the current music industry and a lot of these songs today are fast food. It’s nice to bask around and appreciate home-cooked meals.”

Marcus Mumford: Pump It Up

Rachel Platten: Angel Of The Morning 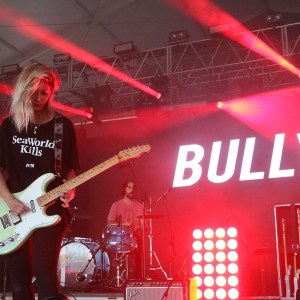 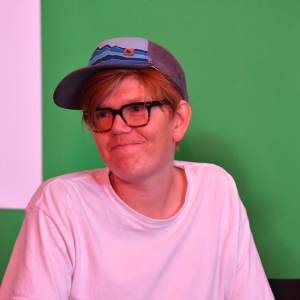