Last year Butcher Babies co-frontwoman Heidi Shepherd was searching for the perfect chorus to a song her band had been grooming for quite some time.  Standing alone in the Arizona heat with a rocks glass half full of whiskey, she found it.

“I was walking outside in the Arizona heat,” Shepherd told American Songwriter. “It was 110 degrees outside and I was listening to the music and the chorus just felt like what I was feeling in that moment- alone in the desert with a glass of whiskey in my hand. I came back in and said to my band ‘hey how about this for chorus?’ and it was done. We all had a say and together thought about a story about a guy at the end of a bar who was telling all the accolades of his life.”’

“Bottom of a Bottle” featuring guitarist Andy James set off what was Butcher Babies first new material since 2017’s Lilith. Originally intended for a spring release, the group had to hold off, when March came and wreaked havoc on music as well as all the industries.

“We’ve been sitting on this music for about a year and half,” Shepherd recalled. “And so, we were excited to finally get it out then everything happened. It was set to release in April, and we had to push it back. We really felt like giving something to our fans, because a lot of people need a pick-me-up this year. So, we figured it was the right time to release music.”

“It is a tricky decision because we just don’t know how long this is going to last,” guitarist Henry Flury said. “But we wanted to get people excited.”

“Bottom of a Bottle” also sees Butcher Babies heading in a new direction with a more melodic influence. Their earlier days were led by a more metal influence on singles like “Magnolia Blvd,” a song that breathes sultry eerie whispers, pissed off screams, double kicks, and pitch harmonics. Making the transition to more melodically driven material, was effortless for Shepherd, who is a classically trained singer. It also allowed her to show some range and was a nice change of pace after coming from a place as a young bad that had much to be angry about.

“We’ve always tried different stuff and been diverse on our albums,” Shepherd said. “We have ballads, pop stuff death metal. We definitely run the gambit. But this song called for a different side of Butcher Babies. We’ve been a band for ten years and we had a lot to scream about in those years. A lot of anger was released. And this was just something to sing about. I love singing as a classically trained artist, so it was fun to show that different side.”

The transition into a new stage of Butcher Babies sees phenomenal rock producer Matt Good along for the ride.  He worked with the band on “Bottom of a Bottle” as well as other material that came from the same 2019 summer writing sessions.

“We sat with Matt Good on some of these ideas,” Flury said. “This one was born in studio starting with an opening riff and it developed very quickly, which was surprising. It just flowed and the direction was this pop-rock song, but it worked and still sounded like us.”

The second single on its way, coming from those sessions with Good is “Sleeping With The Enemy.” The song will debut on December 11 and is the best of both old and new Butcher Babies.  The turn to melodic vocals is seen executed by Shepherd and co-vocalist Carla Harvey with just enough intermittent screams to give texture and peaks to a song already hardened by chunky, power riffs. With both singles it would seem The Butcher Babies are on the path to their best comeback yet, offering material that will appeal to both rock and metal fans. It is even more fitting that the lyrical content reflects a rebirth as well.

“Lyrically for me it was the moment of stepping back and saying, ‘maybe I did this to myself,’” Shepherd said about the forthcoming single. “Every artist in their career goes through moments of ups-and-downs and you’re hot, then not. And in that moment, I thought ‘did I do something to make us not hot right now, what happened?’ It was just a moment of vulnerability.”

The intimate and forthcoming lyrics in “Sleeping with the Enemy” came from a casual writing exercise Shepherd regularly uses for songwriting.

“I like this free writing exercise where I’ll just pick a topic and start a timer for 10 minutes,” she explained. “And I just jot down stuff, it’s just scrambled words on paper. The first thing that came was ‘I’m a liar a fake, everything that I hate.’ And it’s relatable because most of us are hypocrites in life. So, it was a moment of vulnerability in writing. And I love how it came out as very honest and sensitive.”

Honoring the renewed vision one step further is the 10-year anniversary of the band’s formation. To kick it off the band has released their very own wine.  As avid wine lovers, who pre-covid would host wine nights with each other, the group has launched their own red blend, a Pinot Noir appropriately named Butcher Burgundy.  The group partnered with local winery, Desert Rock in Arizona and crafted the model blend that would represent a new chapter for the group.

“It has spice but is very bold. And it captured 10 years as Butcher Babies,” Shepherd said.

“We visited and sampled everything,” Flury laughed. “And we got a surprisingly very good bottle. It’s something we’d drink on a regular basis”

The group’s love for wine and celebratory nature was also captured on the “Bottom of a Bottle” video, full of tour shots, partying, and late nights on the road with friends, family and even their dogs. Since they can not tour this year, the video was their best effort to commemorate those times.

“We miss it,” Flury said about touring. “Especially with the video for ‘Bottom of a Bottle’, with all the tour footage. It was like a trip down memory lane.”

Jumping ahead to 2021 the band expects more material over the coming months leading up to a new release.  But Shepherd is in no hurry to gloss over the gravity of these singles with a hasty full-length.

“It’s kind of the wave of music at the moment,” Shepherd said about singles. “I love the idea of releasing one song and focusing on it giving it the energy it deserves.”

“It seems like the music industry is a new frontier,” Flury added. “We are just rolling with the punches. It’s actually exciting.”

“Bottom of a Bottle” is available everywhere now. And you can toast a new era of Butcher Babies with a glass of Butcher Burgundy, available here.  Follow them here for info on their next single, “Sleeping With The Enemy.” 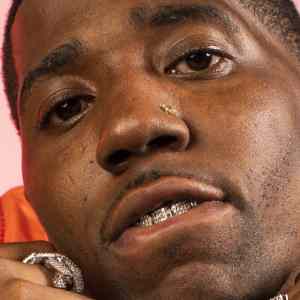 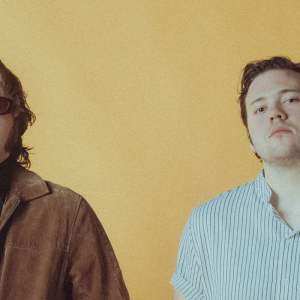