When the world shut down in March 2020, opera-trained folk singer Rhiannon Giddens and her partner, Francesco Turrisi, were tucked into what’s supposed to be their part-time home in Ireland. Now they’re coming up on a year of full-time Irish residency—which inspired the multi-instrumentalists to dive more deeply into the meaning of home, physically and metaphorically. The result is a new album, They’re Calling Me Home, due out April 9 on Nonesuch Records. Today, Giddens and Turrisi are debuting “Calling Me Home,” the track that gave the album its title, as a lyric video.

Giddens, born in North Carolina, and Turrisi, from Italy, are dedicated explorers and champions of traditional music (Giddens actually sang in a Celtic band early in her career). For the followup to their 2019 release, there is no Other, they mined their own cultural and personal histories, unearthing the traditional songs “Amazing Grace,” “O Death,” “I Shall Not Be Moved,” “Black as Crow (Dearest Dear)” and “Waterbound.”

Giddens says the latter three are among the first old-time songs she learned when she switched her focus from classical to roots music—before she began reclaiming the banjo’s Black origins in the Grammy-winning Carolina Chocolate Drops, or became a MacArthur “genius grant” fellow or founded Our Native Daughters, the band of banjo-playing Black women behind the groundbreaking folk album, Songs of Our Native Daughters.

The couple spent six days recording at Hellfire, a studio on a farm outside of Dublin. They recorded 12 songs, including her new composition, “Avalon,” and “Nenna Nenna,” an Italian lullaby Turrisi sang to soothe his daughter when she was a baby. The co-producers can be heard playing their main instruments—minstrel banjo, accordion, frame drums, viola and cello banjo—accompanied by Celtic traditional musician Emer Mayock on flute, whistle and pipes, and guitarist Niwel Tsumbu, a Congo native who moved to Ireland in 2004.

Ironically, “Calling Me Home,” which sounds like a centuries-old funeral dirge passed down through generations, actually was written 20 or so years ago by Alice Gerrard. Over a Celtic drone, Giddens deftly conveys both sadness and longing as she sings, My time has come to sail away/I know you’d love for me to stay/But I miss my friends of yesterday/O, they’re calling me home/They’re calling me home.

In a press release, Giddens said, “‘Calling Me Home’ struck me forcefully and deeply the first time I heard it, and every time since. This song just wanted to be sung, and so I listened.”

The song’s black-and-white lyric video features starkly beautiful images of migrating geese, current-riding raptors and other avian travelers. As Giddens’ voice dips and rises in tandem with their graceful swooping and soaring, she perfectly evokes the song’s core conflict: As the protagonist, relaying the dying man’s words, sings, My body’s bound but my soul shall fly, the departing man knows he’ll cause the ache of mourning among those gathered to bid me goodbye.

Yet even during a worldwide pandemic in which nearly 2.5 million have died, most without relatives by their side, there’s still beauty to be found in the song’s sentiment: I know you’ll remember me when I’m gone/Remember my stories, remember my songs/I’ll leave them on earth, sweet traces of gold/O they’re calling me home.

Watch the video for “Calling Me Home” below. 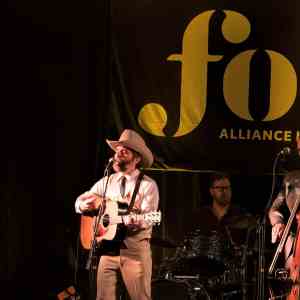 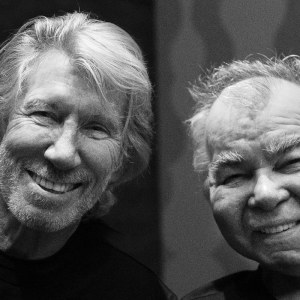