In creative writing classes, students are often told to “write what you know.” But singer-songwriter Caroline Spence has discovered that it can be more fruitful to try to write what you don’t know. It’s only when you try to figure out what you don’t understand, what you can’t express, she says, that you one can find the surprising phrase, the phrases that allow you to finally express the feelings bottled up by the cork of wordlessness.

A good example is the song “Sit Here And Love Me” from her new album Mint Condition. She had found herself having mood swings into anxiety and depression even when everything was seemingly going well, and she didn’t know how to explain that to her lover. If she couldn’t explain it through the give-and-take of conversation, maybe she could in a song.

“I was driving down Wedgewood Avenue in Nashville in the middle of the afternoon,” she remembers, “when I saw the moon in the sky and thought, ‘Why’s that there? It’s not even close to night.’ It seemed as out of place as my little chapters of depression; it was a little bit of nighttime on a beautiful day. I thought, ‘That’s a good way to express how I feel.’

“Back home, I just started singing lines that might go with that idea, and when I sang, ‘I know you hate to see me cry, don’t wanna look you in the eye, I just need you to sit here and love me,’ I knew those were the words I was looking for. I love that moment when you find the title, because that just opens up everything else.”

The track is a whispery ballad, with Spence’s soft soprano nicely framed by producer Dan Kobler’s guitar and Danny Mitchell’s piano. Seven of the 11 tracks fall into ballad territory, but Spence is also capable of lively rockers such as “What You Don’t Know” and “Who’s Gonna Make My Mistakes.” The album’s highlight, “Wait On The Wine,” is an old-school country confessional, an hour-by-hour account of the narrator waiting for “the wine to kick in,” so she can tell her companion what she’s really feeling. In every case, the words are out front.

The 29-year-old Spence has lived in Nashville since she graduated from college in 2011. She arrived with a degree in creative writing, a portfolio of poems, a job as an intern writing press releases for Compass Records and a secret desire to become a singer-songwriter. After one of her earliest public performances in town, a New Faces Nite at the Basement, the club’s co-owner Mike Grimes pulled her aside and said, “Can I buy you a drink?” Later he added, “What you did was really good. You can play my club any time.”

“He was someone I respected,” Spence recalls, “and that gave me a lot more confidence. I got the bug for it, and I wanted to work harder at it. That’s the thing about living in Nashville: people are working so hard all the time. You go out to shows and you hear songs that are so beautiful that you want to go home and write a song that’s just as good. It makes you hone your craft and take it more seriously. Moving here didn’t change my writing so much as my work ethic.”

Another turning point came in 2013 when Spence submitted the words for a new song called “Mint Condition” to the Lyric Contest in this magazine. She applied the title phrase — usually used by collectors of old vinyl albums and comic books — to the love of an aging couple. “Some things they last and some things they won’t,” she wrote, “but nothing about you ever gets old, still in mint condition.”

“The first two verses just fell out,” Spence recounts, “but the third verse took forever to find. I challenged myself to come up with something that Emmylou Harris would sing. I’d been listening to Old Yellow Moon, her album with Rodney Crowell; that was the bar I was reaching for. I was also imagining myself as my grandmother thinking about my grandfather who had passed away. That line, ‘I’ll love through ash or through stone,’ sounded like her and yet it sounded universal.”

When the song was named the bimonthly winner and then the grand-prize winner for the year by American Songwriter, that gave Spence’s career another boost. She released two EPs and two LPs and yet she didn’t include “Mint Condition” on any of them. Finally when Rounder Records signed her and agreed to release her third full-length album, Kobler insisted the song not only belonged on the collection but should also be the title track.

“I was hesitant to record it,” she confesses, “because it felt so different from my voice on my other songs. I just felt like it was a woman’s voice, and I didn’t feel like I was a peer of that voice yet. I wrote it when I was 23; now I’m 29 and I feel I’ve gotten up there and I can pull it off. Dan said, ‘I want to produce your record, but you have to do that song.’ As we narrowed down the list of songs, it no longer felt like an outlier; it felt like the answer to all the questions asked on the record.”

Not only did they record the song, but Harris herself came in to sing harmony on it. “We asked her,” Spence says. “Dan knew her through Rodney, and she said yes. I couldn’t believe it. I was blown away. Her voice has been one of the soundtracks for my life. But she was so funny, so bubbly and down-to-earth. It was jarring how normal she was, because everyone in town thinks of her as the queen.”

Another key song on the new album is “Song About A City,” a travelogue about drifting from Boston to New York to Austin to Santa Fe to Joshua Tree to Monterey to forget the boy left behind and to find some new inspiration. In the end, though, she concludes, “Nothing could change my tune, wish I could write a song about a city instead of songs about you.” As much as Spence would like to write about other subjects, she keeps coming back to relationships, both those in mint condition and those tattered beyond repair.

“Is there a greater mystery than the way people relate to one another?” Spence asks. “That’s what matters the most to me, the relationships in my life. Even a song about a city is not really about the city but about the people living there. I used to care more about writing about other things, but love and the way people relate to one another are what matter the most to me and probably what matter the most to those who listen. That’s fine with me. I’ll take the hit and be vulnerable.”

Spence doesn’t write much poetry anymore. She has “sold my soul to the I-IV-V,” as she sings about chord changes on “The Long Haul.” She still uses some of the techniques she learned in her poetry classes, but she has committed to the pleasures of words and music bound together and the impact they have when they’re performed for a live audience. She’s unlikely to change her mind now, because she says she’s “in it for the long haul.”

“I just enjoyed being on stage inside the songs I was writing more than I thought I would,” she explains. “That was a joy that I didn’t realize I could have.” 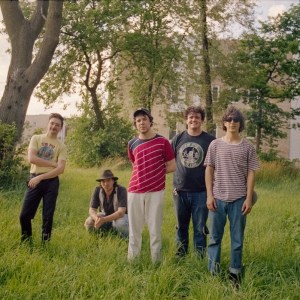 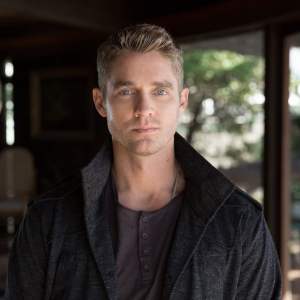