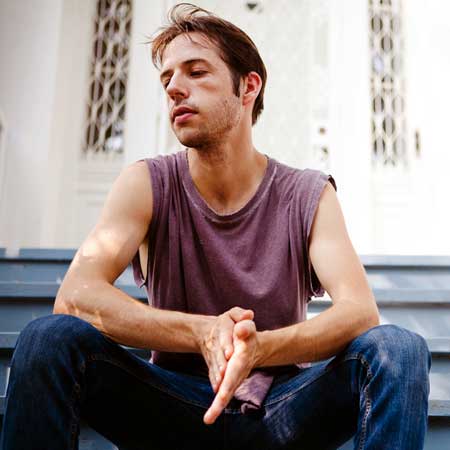 Over the past five years, Carter Tanton has found himself in a variety of musical roles, proving to be a true musical jack-of-all-trades. While he’s primarily known as a songwriter under his own name as well as the now-defunct group Tulsa, he’s found himself immersed behind numerous other music projects. The Baltimore-native has toured with Marissa Nadler, produced records for numerous musicians (Twin Shadow, Drug Rug) and most recently joined a reconfigured Lower Dens.

At the moment, however, Tanton remains focused on his own music, releasing his Freeclouds–an intriguing record that ranges across a various styles from indie-pop to lo-fi psychedelia. We recently caught up with singer-songwriter, who just wrapped up his fall tour with The War on Drugs. The multi-talented musician talked with us about performing under his own name, David Bowie, working with Marissa Nadler and joining Lower Dens.

Why did you decide use your own name for Freeclouds, as opposed to adopting another project name?

I had asked my friend Sarah [Cronin], from the band drug rug, to give me a band name…she’s great with finding good names for things. She texted me back “Carter Tanton” and I knew what she meant. There was just no point in hiding behind a name.

Also, folks like Kurt Vile and Cass McCombs helped me believe that you can exist outside the traditional singer-songwriter realm and still go by your own name. People like those two challenge conventional notions of singer songwriters while nonetheless being very much singer-songwriters, you know?

The album title Freeclouds and your song “Murderous Joy” reference David Bowie’s “Wild Eyed Boy From Freecloud.” Why that track? What about it resonated it with you?

That song title’s been in my head since I was 15 or so. [I’ve] always been mystified by it to some degree. I’ve probably read the lyrics in their entirety once or twice, but really I just went ahead and loosely interpreted Bowie’s song. It was more an amalgam of a bunch of his songs from that early period like Quicksand and stuff from the album Hunky Dory, back when there was more melancholy in his music.

Bowie once said this about “Wild Eyed Boy From Freecloud”:

“It was about the disassociated, the ones who feel as though they’re left outside, which was how I felt about me. I always felt I was on the edge of events, the fringe of things, and left out. A lot of my characters in those early years seem to revolve around that feeling. It must have come from my own interior puzzlement at where I was.”

Did you relate to this sentiment in making a record that is, on its face, covered in Bowie allusions?

Yes, definitely. I didn’t know that quote though. I’ve never wanted to belong to a scene and probably couldn’t if I tried. I’ve always been called a loner by friends and acquaintances. Also, I was overwhelmed more than once in the course of making the record that no one was asking me to record or expecting a record…you know.

“Pitch Bent Flute” is the other song from the record that directly deals with the Bowie character…I tried to let the boy in Bowie’s song age and have his desires shift and grow up. In the last verse, he’s got a nightly spot a mile from his house where he performs as a mime but he wonders if he will have children and a family and is measuring what he’s sacrificed for his art. However, he’s also at that point completely mastered his craft and transfixes his audiences nightly but you don’t get the feeling that it means as much to him anymore.

Your record jumps around stylistically, ranging from more straightforward pop to hazier and ambient rockers. Why do you think your album spans so many styles?

This record is more a collection than a unified record. For instance, “Horrorscope” was recorded in 2008 as Tulsa in a very high-end studio while “Gauze Of Song” was a demo for that same record recorded by me in a garage…Too much time passed in the making of this record for it to be of one mind…I wrote “Fake Pretend” in 2004 and only recorded it last winter. I [originally] wrote it as a weepy ballad and it came out the way it did because in the intervening six years I developed an interest in various effect boxes, synthesizers and sampling technology.

Marissa Nadler contributes on the latter of those three tracks. You’ve also spent time in her band as well as contributing to her 2011 self-titled record. How do you two originally start working together?

I met Marissa because the Boston Globe put our pictures next to each other in an end-of-the-year best-of article. She looked really cool and totally not from Boston. So I reached out to her about playing a concert together. That never happened, but when she needed a touring band, she called and asked if I knew a guitar player. I offered my help.

I loved playing with Marissa and we’ve become very close friends…She would leave the room and let me track vibraphone, guitar, synth for a few hours [during the making of her record]. I love how fearless she is in that sense. She let me reshape a few of her songs quite drastically and the she would sing in a new wonderful way on a moments notice.

I’ve had the pleasure of meeting Marissa once before, she’s she seems like someone who very precise in the way she works, yet timid and shy–part of which is exuded in her own work. Was it like that as her fellow bandmate and collaborating musician?

She’s shy and delicate–truly. Touring for her is excruciating… she plays meticulously crafted music with dense involved lyrics. She’s had to play at too many rock clubs opening for rock bands and audiences sometime make it hard for her to do her thing. She puts her all into her art. I’ve played shows with her where she’s literally had to yell at certain members of the audience to “shut the fuck up.”

As a musician, you have to be able to learn her songs fast and write cool parts even faster because she does not like rehearsing. Singing backups with her was crazy because I had to learn her vocal phrasing which is so unique to her–very long and slow, yet each word pronounced very phonetically. She’s a tough cookie.

Were the similarities in dreamy elements in each of your own works a uniting aspect when you worked together? How did you own individually established musical trademarks mesh with one another?

Marissa brought out the space in my own songs. She lives there, in the ether. Especially when it’s just her solo on stage, she builds up quite a trance with the effects on her guitar and voice and the lilt in her singing. Yet, she loves Zeppelin, Sabbath, Neil [Young]… that’s originally where we vibed. She really liked Tulsa and back then I just thought I was in a sweaty rock band–not very dreamy at all.

In addition to playing with Marissa, you’ve also worked with a couple other outwardly quiet musicians, producing a record for George Lewis (Twin Shadow) and more recently becoming a member of Lower Dens. As someone who’s rotated in and out of these different roles, how (if at all) have those different experiences made you become a better songwriter for your own solo work?

Those three people are three of the hardest working folks I know. At the end of the day, i may have stolen a guitar part from George, a lyric from Jana or an idea from Marissa, but they all always remind me that you need to work harder than anyone else. When I recorded music for George, he’d wake me up at 9 a.m. playing a new idea on the piano. He was ready to go and wouldn’t drop until 2 a.m.!! You need to be obsessed, really. That’s how they’ve all inspired me.

Do you enjoy holding all those different roles more or less the same, but in their own ways, or is it all done to ultimately pursue your solo career at the end of the day?

I love playing different roles in different projects. I’ve really been thanking my lucky stars that I got to join Lower Dens. I didn’t think I’d be in a real band again. Everyone in that band is fucking brilliant and I can’t wait for the new record to come out. However, when it comes to my songs, I have no desire to share it with anyone else. It’s all about process and for me, I love waking up at 8 a.m. and working 9-5 on my records. I’m tired of the band dynamic when it pertains to my songs. And then producing and engineering other people’s records is where I’d like to end up for real [down the road]. 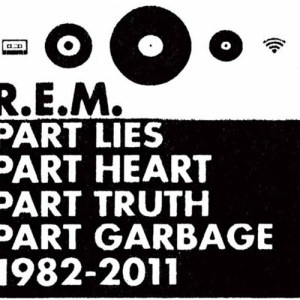